Coronavirus Leila Najafi Want to Stay in Costa Rica for Over a Year? A New Law Might Help You
Home  >  News   >   Extreme Weather Causes Delays and Cancellations at U.S. Airports 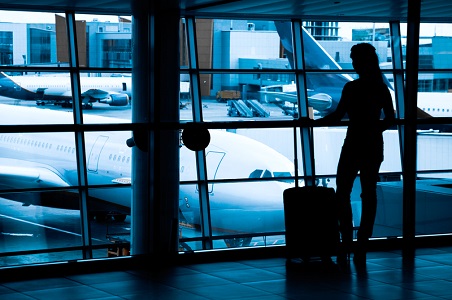 Severe weather never translates well for the airline industry and winter this year thus far—rife with extended windows of extreme cold and winter storms—has delivered up a doozy. Add in recent changes to Federal Aviation Administration (FAA) rules regarding pilot staffing, and it’s pretty much the "perfect storm" for quieting American skies.

Late last week, an extreme cold front pressed in to the upper Midwestern and Northeastern United States, bringing snow and ice that impacted airports in Chicago, New York City, Boston, and more. Transiting passengers suffered the brunt of it, with extreme cases like the Southwest Airlines planes stuck at Chicago’s Midway that were unable to efficiently offload their passengers (similar to troubles United Airlines had last summer across town at O’Hare). United Airlines and JetBlue both had flights to the Caribbean canceled, leaving passengers stranded for days. And just as that initial storm looked like it was ready to clear out, allowing operations to return to normal, more bad news arrived.

On Sunday morning, ice hit JFK Airport in New York. A regional jet flying from Toronto to JFK slid off the runway (thankfully, no injuries were reported), causing the airport to close briefly and affecting the operations for the rest of the day. More cold weather is pressing in again at the beginning of this week and the airlines are, once again, cutting flights as they look to mitigate the impact of impending extreme temperatures.

United Airlines has cut most flights operated by regional partners in Chicago, Cleveland, and Newark, and is cancelling some mainline flights, as well. The carrier is moving planes away from the cold to protect them from damage or freeze-ups, which can happen with the very cold weather. Other airlines are similarly adjusting schedules in an effort to keep passengers moving, while also ensuring the safety of their crews at the airports and in the air. For passengers affected by the weather, all airlines are offering flexibility in rebooking or refunding tickets, though with many flights sold out, or close to it, accommodating customers with timely alternatives can prove problematic.

Added to that challenge is a new rule from the FAA that went into effect on January 4, which requires additional rest time for pilots between trips, among other changes. While the FAA regulations should have minimal impact during normal operations, they can wreak havoc during periods of unpredictable weather. Pilots may not be able to finish a trip if a plane is diverted close to the end of their duty shift, for example. With the large number of flights affected by the storms, the new rule, while a boon for safety measures, is almost certainly compounding the troubles.