News Samantha Linnett Is This Budget Travel Hack Worth the Risk?
NewsExpecting a Tax Refund? Here are 5 Places to Spend It

Expecting a Tax Refund? Here are 5 Places to Spend It

If you’re getting a tax refund (or are hoping to, with a few days still left to file), you may be thinking about spending it on a last-minute getaway. The U.S. government has stated that it’s expecting to dole out average tax refund amounts this year of $3,000 per household—not quite a Mega Millions jackpot, but enough to get you some much-needed R & R. And you won’t be alone: According to recent research by American Express, 61 percent of U.S. consumers are planning to spend more on travel in 2012 than they did last year. Here’s how you can take the money and run off to five great destinations, courtesy of Uncle Sam. 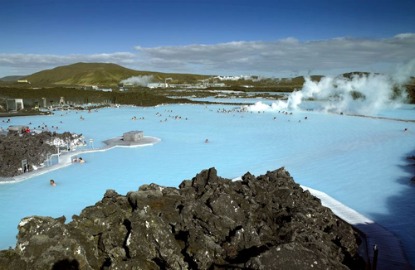 Why Go: One of Fodor’s Hot Spots for 2012, Iceland is a quirky nature-lover’s paradise, and only a five-hour flight away from the East Coast. After a very dark winter, the days are getting longer until late June when the sun shines more than 20 hours a day. That means more time to explore the volcanic countryside with its waterfalls and geysers, snap photos of Icelandic horses and puffins, soak in the vividly surreal mineral waters of the Blue Lagoon, and club hop in the party-loving capital Reykjavik. May is value season, but even in June you can score a great package deal via Icelandair.

Where to Stay: The three-night "Natural Wonders of Iceland" package from Icelandair includes airfare (from New York and Boston), three nights at the about-to-open (on April 19) four-star Icelandair Hotel Marina, breakfast daily, a Golden Circle tour (to the Gullfoss waterfall, the Geysir, Thingvellir National Park, and the Fontana steam baths), a whale-watching tour, and airport transfers, from $1,023 per person in May (plus $89 per person for each extra night you add on).

Where to Eat and Drink: Reykjavik is a fun little town with some interesting restaurants and a notorious nightlife scene. You can dine on local specialties, such as gravlax, lamb, reindeer, and lobster at Gallery, a contemporary upscale spot in the Hôtel Holt. For a more classic ambience and traditional cuisine, try Lækjarbrekka, located in a charming house in central Reykjavik and serving local specialties such as shark, minke whale, and puffin (in addition to beef, lamb, and salmon). Rest up and hit Reykjavik’s bars around midnight. Three not to miss: bistro/bar B5 and the sleek lounge in 101 Hotel for chic ambience, and NASA for live music and a more raucous crowd. 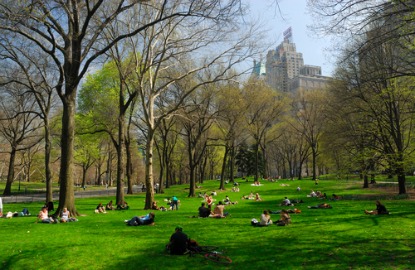 2. Big Fun in the Big Apple

Why Go: May is a great time to visit New York, one of Fodor’s freshest destinations for springtime fun. The city is in full bloom, from the greenery of Central Park to the latest must-see Broadway shows. You can also catch a Yankees or Mets game, shop top retailers and local street fairs, and visit the emotionally powerful 9/11 Memorial in Lower Manhattan. Depending on when you visit, you can check out the "Tomas Saracena on the Roof" exhibition atop the Metropolitan Museum of Art (opening May 15) or the Diego Rivera or Cindy Sherman exhibits at the Museum of Modern Art (closing May 14 and June 11, respectively). By month’s end (May 23–30), the tall ships of OpSail2012 will be in town in conjunction with the annual Fleet Week celebrating our nation’s military and, this year, the bicentennial celebration of the War of 1812.

Where to Stay: For a fun yet affordable vibe and a central location near Times Square and the Theater District, check into Yotel. This 669-room hotel, which opened last summer, has small but well-designed rooms featuring clean white decor, and a terrific rooftop bar/restaurant, from $220/night. Plus, look for their second outpost to debut in June (rates from $199/night).

Where to Eat and Drink: The city is an endless buffet, but here are a few suggestions: When you crave a burger, drop into one of Manhattan’s five Shake Shack locations, or find your way into Burger Joint in Le Parker Meridien Hotel. For inspired small plates, head to DohYo, Chef Richard Sandoval’s eatery in Yotel (the halibut sliders are yummy). To toss back a few icy brews check out Mario Batali’s Birreria atop the Flatiron District food market Eataly. For a special occasion splurge, you can’t go wrong with Daniel or Café Boulud, two of Chef Daniel Boulud’s gourmet restaurants. 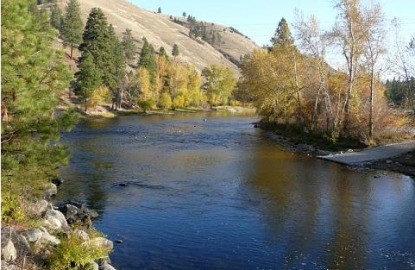 Why Go: If you’re looking to get back to nature or celebrate a special occasion (such as a birthday or anniversary) in a truly exceptional way, consider discovering the beauty of Montana‘s wilderness in springtime. The state’s pristine rivers are flowing with rainbow trout (fly-fishing is especially popular) and its meadows are bursting with flowers. If you’re into wildlife, there’s plenty of that, too, such as bison, moose, elk, and eagles—bring a camera.

Where to Stay: Nothing says wilderness like a cabin, but there’s no need to rough it when it’s romance or pampering you crave. For a memorable long weekend, check into one of the private, rustic-elegant log cabins at Triple Creek Ranch, nestled against the Bitterroot Mountain Range in western Montana and offering every luxury imaginable, like wood-burning fireplaces, bars stocked with complimentary house spirits, and hot tubs. Activities include horseback riding, guided nature and birding tours, and fly-casting lessons. Beginning May 1, rates start at $950/night, all-inclusive ($750/night until April 30).

Where to Eat and Drink: It’s all included—sophisticated modern American cuisine (such as grilled White Ivory salmon and blackened Buffalo rib-eye steak) with wine pairings from the ranch’s cellar—making this a hassle-free indulgence. 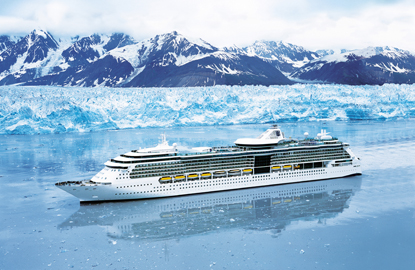 Why Go: Glaciers, grizzlies, and fresh wild salmon! Cruising in Alaska makes it easy and affordable to see and enjoy all three. And there’s still time to book a cruise to our 49th state—sailings begin in late May, run through late September, and right now cost as little as $449 per person for a seven-night cruise (in an inside cabin). You’ll embark in Seattle, Vancouver, or Anchorage and visit ports such as Juneau, Skagway, and Ketchikan, where you can sightsee from a bus, whale-watch from a boat, heli-hike on a glacier, zip-line through the trees, and shop for Alaskan souvenirs. All excursions cost extra (generally $79 to $199 per person). Onboard, you’ll also enjoy heated pools, a spa, a dozen restaurants, a casino, and nightly entertainment.

Where to Stay: More than a half-dozen major cruise lines sail Alaska, but for the best value, try Princess or Royal Caribbean. Princess’s four ships in Alaska this summer are the 2,670-passenger Sapphire, Diamond, Island, and Coral Princess. Cruise fares start at $599 per person (for an inside cabin) and Princess also operates four Alaska Lodges that you can book for pre- or post-"cruisetour" (favorites are Denali Princess Wilderness Lodge and Mt. McKinley Princess Wilderness Lodge, both with access to Denali National Park (11-day cruisetours start at $999 per person). Royal Caribbean has two ships in Alaska, the 2,139-passenger Radiance of the Seas and 1,998-passenger Rhapsody of the Seas, both recently refurbished. Cruise fares in June start at $449 per person.

Where to Eat and Drink: Onboard—all food (with the exception of some reservation-only specialty restaurants) is included in the cruise fare, but you will have to pay for drinks. Some ports offer excursions that include a salmon bake. 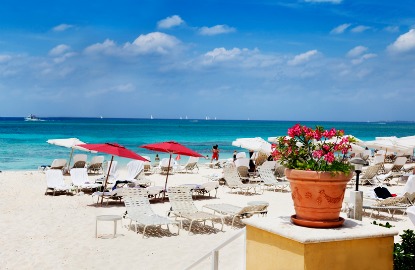 Why Go: It’s hard to find water that’s more dazzling blue than the sparkling Caribbean that laps Grand Cayman. So if sunning, swimming, snorkeling, and diving are on your vacation wish list, this English-speaking, British Overseas Territory is a great option. It’s just a short hop from Miami or Atlanta or an easy four-hour nonstop from New York (airfare from NYC is about $400 in May). The island is home to Seven Mile Beach, a gorgeous strand of white sand lined by the island’s top resorts; Stingray City, where you can swim with playful rays in super-shallow water; and Boatswain’s Beach, where you can learn about and interact with sea turtles. Grand Cayman is also known for spectacular sunsets and good duty-free shopping in the capital, Georgetown. Needless to say, the diving is world-renowned.

Where to Stay: The "Comfort You" package from The Ritz-Carlton Grand Cayman, a luxurious 365-room property set on 144 acres on Seven Mile Beach, is a great value for travelers seeking upscale pampering for four or five nights. Valid though December 19, 2012, it starts at $389 per night and includes accommodations, buffet breakfast for two, and a $100 resort credit (for use at the property’s restaurants, bars, or heavenly Silver Rain, a La Prairie Spa). Room-only rates start at $279/night.

Where to Eat and Drink: With that $100 a day resort credit, you can splurge on an excellent meal at Blue by Eric Ripert, the French-born New York-based chef’s elegant fine dining restaurant at The Ritz-Carlton. Two other great options are Calypso Grill, a charming dockside eatery with an eclectic menu, and newly opened Blue Cilantro, where Indian chef Vidyadhara Shetty offers East-meets-West cuisine.