News Apeksha Bhateja What Are the Chances You'll Get Monkeypox at a Hotel?
NewsExpatriate Tales: Living in Singapore

Born and raised in Hawaii, David Lee had been living in New York City for eight years before moving to Singapore in October 2012. After working in brand marketing at a global hotel company for five years, he finally landed the opportunity to transfer to his company’s Asia Pacific office based in Singapore. We caught up with David to talk about Singapore’s burgeoning food scene, the weather, and those wacky laws. 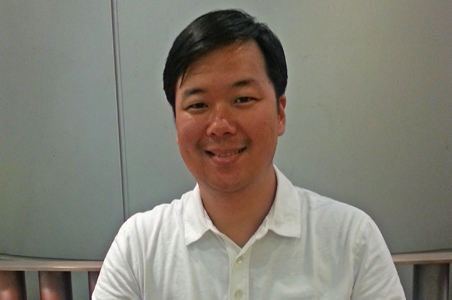 I didn’t really have much of an opinion of Singapore beforehand. A lot of what I found out about Singapore happened right before I left to move here. Everyone raved about how efficiently the country is run, and for the most part, it lives up to and exceeds its reputation there. I had also been told jokingly that its citizens’ top two hobbies are shopping and eating. Turns out it’s not a joke. Singapore is covered in malls, both big and small, and littered with places to eat, both high and low cuisine. I also had colleagues tell me how quickly the country was establishing itself as a world-class destination and how much it’s changed and continues to change at a rapid pace.

What are some of the challenges of living in Singapore?

It sounds so trivial, but the heat and humidity has really been tough to get used to. Ten minutes outdoors and I’m a sweaty, soggy, mess. It’s hard to really see the city when you’re constantly indoors. But at least the subways are air-conditioned.

It also took some time to get used to the smallness of the city. I’m a big-city boy at heart. I miss the diversity of people, neighborhoods, activities, venues, and outlets that big cities provide at every turn.

Singapore is an incredibly safe and hospitable place. Violent crime is practically non-existent here, and even petty crime, like theft, is very rare. People will sometimes leave their personal belongings unattended in public places, like a food court, without fear of it being taken. And almost everyone speaks English (or Singlish, Singapore’s equivalent to English Creole), so it’s easy for Americans to get around.

What’s up with all the crazy laws, like no gum, spitting, etc.

Ha, yes, for better or worse, Singapore is notorious for its somewhat odd laws. Singapore laws can seem strict at times and, when considered individually, they may seem asinine. But I think cumulatively they’re there really to help maintain the high living standard and environment that the government has helped to establish. Also, when you have a population that’s made up of a mix of so many Asian cultures with their own ideas of what’s appropriate, it helps to take a firm position on things like spitting or littering. 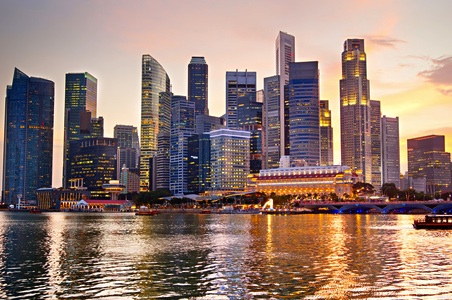 What are some shocking things you’ve discovered about Singapore that anyone outside Singapore wouldn’t know about?

It is so expensive to live here! You would think I would be used to a high cost of living having just come from Manhattan, but I was really surprised at how expensive everyday things are in Singapore. Maybe it has to do with the fact that most everything is imported, but a lot of international items like cheese, wine, and almost all international retail brands cost about 40% more than they would in the US. I’ve learned to live with generic when possible, though I’ll still splurge on my cheese and wine. Can’t give that up.

It can be thrilling and frustrating at the same time. There are the cheap hawker centers (local food courts), which are fine and a fun experience, but they can also be a bit unhealthy. There’s a real culinary revolution taking place in Singapore right now with a lot of great chefs opening up really good restaurants of all types of cuisine which can make eating out phenomenal and exciting. The frustrating part is that these restaurants, which usually serve Western-style cuisine, tend to be priced high, sometimes inexplicably. If the same type of restaurant opened up in another big city, it would probably be considered mid-range. And I still haven’t found any good Mexican!

Tiong Bahru is a great neighborhood to explore if you want to see and taste the juxtapositions of old and new Singapore. Por Kee Eating House is a no-nonsense, family-style Asian restaurant that serves delicious, local dishes at good prices. Their famous Champagne Pork Ribs are a must. Then, a quick five-minute walk away is my favorite new cafe, Flock Cafe. Intimate, yet buzzing, with good food and drink, always a fun soundtrack, and a great crowd.

What are some striking cultural differences you’ve found in Singapore?

There was a recent survey that caused a bit of a stir; it declared Singaporeans as the least emotional nation. I’ll adjust that slightly and say maybe they’re the least expressive. They may be feeling a wave of emotion internally, but I have found that Singaporeans tend to be pretty conservative with expressing those emotions. I’m so used to being around very expressive people, whether it’s just laughter, aggression, frustration, joy, anything. Here, I sometimes feel like the freak when I laugh a little too loudly.

It’s also been interesting to live in a country where censorship is readily practiced by the government and pretty much everyone is okay with it. 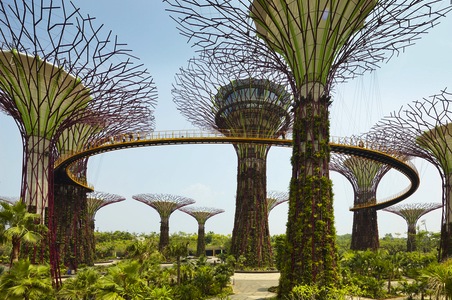 Anything new and noteworthy that’s happening in Singapore that’s on your radar?

There is a surprisingly exciting arts and entertainment scene happening in Singapore. It’s pretty mainstream (as is most everything in Singapore), but I was really impressed with the exhibitions and shows that have come through Singapore. I think there’s a real effort to showcase Singapore as one of the top cultural hubs of Asia, and so they’re importing a lot of great work from around the world, including many Broadway shows, fashion events (Chanel recently held their resort 2014 collection here), art exhibitions, and concerts.

A new park development, Gardens by the Bay is actually worth visiting. It’s an interesting twist on manmade environments where the artificiality of the space is actually one of its key design aspects. The "Supertrees" [giant structures made of concrete and living plant material] are quite impressive, and it’s really fascinating to read about the technology built into the structures. Just don’t go during midday, otherwise you will bake in the sun.

If there was one thing you could change about Singapore, what would it be?

As progressive as it is in so many other arenas, the Singapore government still has some archaic laws that essentially outlaw homosexuality. It’s one of those "unenforced laws," but the fact that it’s still on the books speaks volumes on the government’s view on rights for the LGBT community.

Do you plan on staying in Singapore for an extended period of time?

Absolutely, perhaps for a couple years. After a bit of a slow start, the city is starting to grow on me. I’ve discovered small, quiet pockets of the city that are charming and a bit underground; there’s a real sense of community in these places. And when it starts to get a bit dull, Singapore is a great jumping off spot to travel to the rest of Asia.