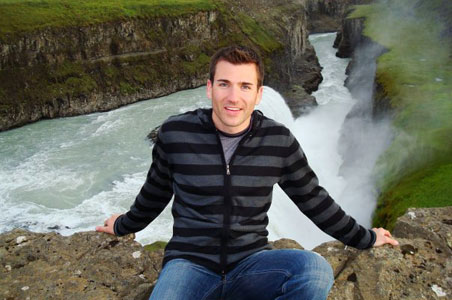 G’Day, mates! We’re heading to Sydney, Australia, the new home city for Anthony Deos, an American native now in his final year of his PhD in politics at the University of Otago, NZ. Deos was born in New York and has lived as an ex-pat in Germany, Austria, Belgium, and New Zealand and recently relocated to Sydney, where we discover his challenges of being an American ex-pat, some cool, nearby attractions visitors miss and the weirdest souvenir anyone could ever bring home.

Like this expatriate’s tale? Check out Patrick Adams’ expat tales from Istanbul.

Before arriving in Sydney my impression of the city was similar to my impression of Australia as a whole: an interesting place that was rugged, hot, remote, and quaint with snakes and spiders behind every door. I assumed Sydney was representative of the nation, but that could not be further from the truth. Each city in Australia seems to have its own character and culture. Oh, and I’ve never seen a snake in Sydney… yet! 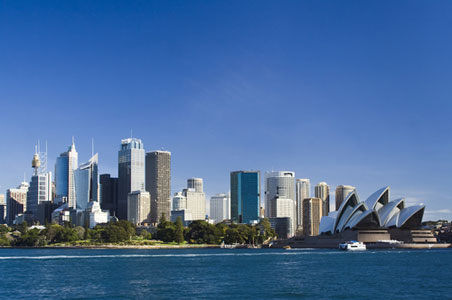 What are some challenges with living in Sydney?

The greatest challenge to living in Sydney is the cost. It can be difficult to become accustomed to the prices especially when settling into the city. As a new resident, I needed to reassess spending habits and that can be a shock to the system as it usually also means lifestyle changes. Living costs in general are very high in comparison to anywhere I have lived before. In a recent study by the Guardian, Sydney ranked as one of the most expensive cities to live in. Housing costs are unbelievable for the space you get. Food, entertainment, public transport, alcohol, you name it and it’s expensive.

What are some shocking things you’ve discovered about Sydney that anyone outside Australia wouldn’t know about?

Sydney is more diverse than one might assume for a nation so remote compared to others. It is home to large populations of immigrant African and Middle Eastern cultures, Chinese, and a surprisingly large US ex-pat community.

On a side note, having moved to Australia from New Zealand/Aotearoa, it’s interesting to notice both the unique friendships between the Kiwis and Aussies, as well as how different they are from each other. 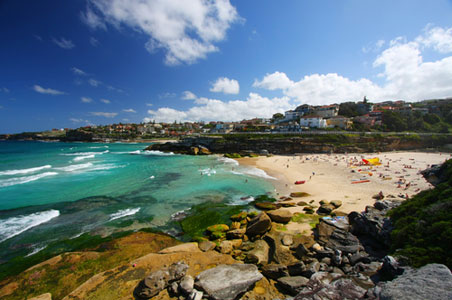 There are so many things to see and do in Sydney, both in the Central Business District and further afield. An easy two-hour trip outside of the city is the beautiful Blue Mountains to the West or the Hunter Valley to North. Both of these are worth a visit. Hunter Valley has some amazing wineries as well. In Sydney CBD, Chinatown is always interesting and a great location for a quick, cheap, and tasty dumpling dinner. The NSW Art Gallery has amazing exhibitions and offers a nice location for a coffee or even high tea. In the summer Sydney has two great outdoor movie centers, one in the Domain (Botanical Gardens) and another in Centennial Park. The beaches I like (other than Bondi) include Bronte and Tamarama.

What is your favorite restaurant?

Wow, there are some great restaurants. I am partial to my local favorites in Annandale. The Empire Hotel is, dare I use the term, fabulous. It has been newly refurbished and has daily meal deals that are very good value. Esther’s Table is a lovely cafe with friendly staff, good coffee, and the perfect community atmosphere. My guilty pleasure is Chinatown, where my favorite dumplings place is the Chinatown Noodle Restaurant.

What are some striking cultural differences in Sydney?

Compared to the United States, Australia in general is a much more laid-back environment. People aren’t as up-tight as Americans and this is something that we will hopefully learn from our friends around the world (amongst many other things). Sydney-siders love the outdoors and enjoy a very healthy work-life balance. In reverse, I find service in restaurants in Sydney to be severely lacking, but if this is the price of living in Sydney I’ll pay it.

Anything new and noteworthy in Sydney that’s on your radar?

I look forward to my life in Sydney. It will be my home for the foreseeable future. So, everything is on my radar. I want to know the city inside and out, settle into the community, find a job, and who knows… maybe run for political office—I joke, unless I win.

If there was one thing you could change about Sydney, what would it be?

I think Sydney is a great city, with plenty of opportunities. Of course there are always positives and negatives. My only hope is that the city continues its momentum forward. Clover Moore, the Lord-Mayor has, in my opinion, done a great job and her popularity borders on celebrity. Sydney, located in the state of New South Wales, would benefit from continued and improved support from the state government especially in regards to infrastructure and education projects, which are important for Sydney and Australia’s future. 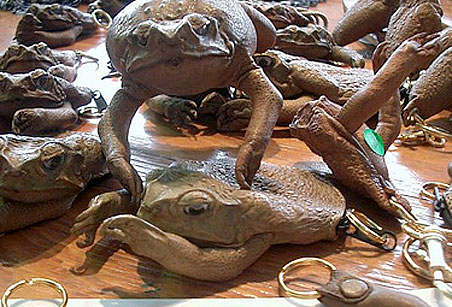 What is the best souvenir tourists should bring back home?

By far the best souvenir is a Cane toad coin purse!

Do you plan on staying in Sydney for longer? Why or why not?

My partner is Australian and I recently received my provisional partner visa, so I am here for good! One last thing I must mention—I look forward to Australia changing its legislation regarding LGBT equality. I am hopeful it will happen soon especially since Australia’s Kiwi brethren are on path to make the change this year!