Coronavirus David Silverberg Are Your Kids Heading Back to Summer Camp? Here's What You Need to Know
Home  >  News   >   Expatriate Tales: Living in Paris 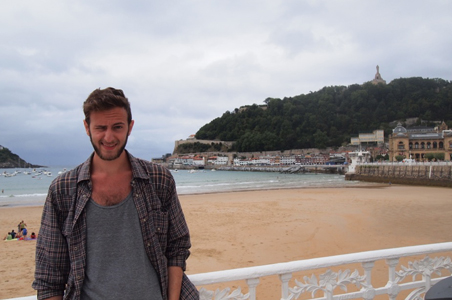 Simon Moritz has been living in Paris for a year and a half as a teacher, freelance writer for top blogs and magazines, and graduate student at Université Paris 8. With the City of Lights now as his "home," he gives Fodor’s insight into the local culture, cool sights that tourists miss, and, of course, the macarons.

When I lived here for the first four months, I went back and forth on my feelings for Paris; when I arrived, I loved it, I did have some culture shock and hated it for 2 months, and then have fallen back in love with it for the last month. My impression was that Paris was a city with a fabulous history, an appreciation for its own culture, delicious and affordable food and housing, and a slower pace of life than New York City. France in general has a great appreciation for its culture and history, I realized how much more French culture there is than just museums or libraries! I now live in the 10th arrondissement, which is a fabulously diverse part of Paris, so I get to soak up a culture that isn’t books, art, and fashion only. I love the low-stress and pleasure-filled lifestyle: long meals and a non-judgmental attitude.

What are some challenges with living in Paris?

Ha! Everything you’ve read about the slow bureaucracy is true! I feel like I spent the first year just settling in as a foreigner before I started to feel like I had a daily life or routine. The immigration department lost my file the first time around, so I wasn’t technically legal for 7 months, then the healthcare office lost my file so I wasn’t reimbursed for 8 months. Activating my Internet took a month. And when you complain to a French person, they most often reply, "You know it’s like that for us, too, right?" And that’s true! It’s something that you have to get used to.

What are some shocking things you’ve discovered about Paris that visitors wouldn’t know? 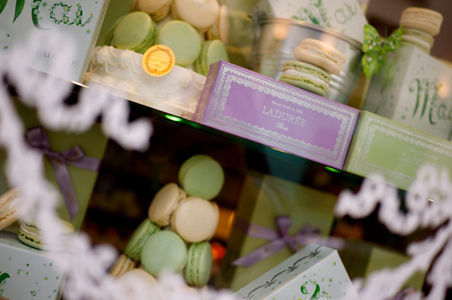 While Laudurée macarons are certainly delicious and it’s probably the only place you’ll find the crazy floral flavors, there are less expensive and even more delicious macaroons throughout the city. Try Julhès Paris on rue du Faubourg Saint Denis. Best pastries, fairest prices.

Also, the falafel on rue de Rosiers in the Marais is the best falafel I have eaten in the world. Not to be missed.

What are some great attractions tourists miss?

Exploring rue du Faubourg Saint Denis north of Boulevard Saint Denis in the 10th arrondissement is something I would highly recommend. It has the most diverse cuisine at the least expensive prices and lots of little passages where you’ll find everything from Kurdish, American, French, Indian, Turkish, and Chinese cuisines, in addition to fresh markets and artisanal boulangeries, fromageries, and boucheries!

One tourist attraction that you know but is often overlooked is the Rodin Museum. A beautiful sculpture garden in and of itself, the Rodin museum also gives out curating pamphlets that guide your visit and give context and a timeline so you always understand what you’re looking at beyond it being aesthetically stunning.

Dining out in Paris is almost always a nice experience if you’re looking to eat good French cuisine and don’t really know where to go because it doesn’t matter so much. Prices will vary in different neighborhoods and according to how fancy the restaurant is, but the food will for the most part stay the same if you stick with a typical French bistro or brasserie. So don’t stress about picking a place. There will be prix-fixes, with steak-frites, poulet rôti, salads, delicious bread, crème brûlée, a mousse, and a apple tart in almost every place you go. Just know that the service in Paris is different: they do not typically have more than 1 or 2 servings per mealtime so you really get to take your time and eat and talk with your party. Because of this, do not expect to be able to wait for a table. And when you actually do sit down, it is typical to wait a little while for a server to come and take your party’s order. But if you’re not being served in a timely fashion, it is perfectly acceptable to say "excusez-moi!" to get the server’s attention.

Anything new and noteworthy happening in Paris that’s on your radar? 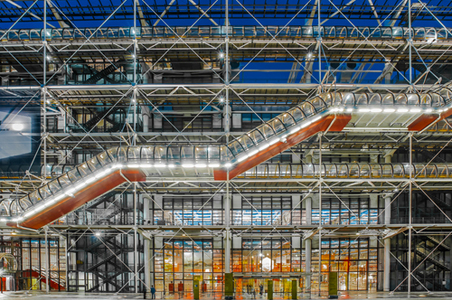 Walid Raad, whose brilliant work I was introduced to at MoMA New York, has an exhibition at the Louvre, which I have yet to see, but am very excited to. The Dalí retrospective at the Pompidou is so thorough and well-curated. I’m definitely going back just to watch his early films.

If there was one thing you could change about Paris, what would it be?

The weather! Last year was a bit of a fluke because we had a typical Paris winter (39 degrees and rainy with some snow), and the summer never seemed to show up. It seemed like it was 55 degrees and rainy until August. It was so depressing. I’m hoping for better weather and many picnics this summer at Buttes Chaumont Park.

What is the best souvenir that tourists should bring back home?

Food and wine! But not macaroons; they don’t travel well (I’ve tried).

Do you plan on staying in Paris for longer? Why or why not?

I plan on finishing my Masters degree, so I’ll be here for at least another year. After that, who knows? I love living in Europe because you can go 500 miles and be in an entirely different culture, history, and language. Then again, after growing up in Chicago, living in New York, and now Paris, I’ve been fantasizing about living in a warmer climate, in a different language, and close to a body of water. We’ll see!