News Robin Catalano Horses Run Wild on This Puerto Rican Island⁠—but for How Much Longer?
NewsExpatriate Tales: Living in Malta 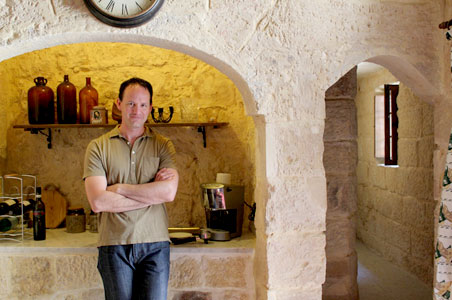 Ryan Murdock’s pursuit of travel has taken him to some of the world’s most unforgiving places, including Mongolia, Tibet, Nicaragua and North Korea, by Russian jeep, motorcycle, dugout canoe, horse, and camel. He is the author of Vagabond Dreams: Road Wisdom from Central America and, as owner of Shapeshifter Media, an online company, he can practically live anywhere. A small island in the Mediterranean seemed like a good place to start. We caught up with Ryan to discuss the tiny island of Malta, why he moved there, and all things Maltese.

I didn’t know anything about Malta before I moved here, just the name. I flew over to look at rental places, fell in love with a 400-year old palazzo, and moved three weeks later. The moving company already had my things when I first came to Malta to check it out.

Why did you specifically choose Malta? 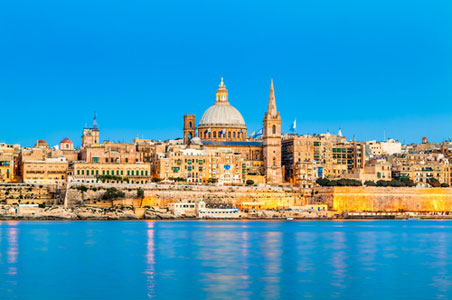 I wanted to live in the Mediterranean, to be surrounded by olives and wine. To experience the type of island landscape that shaped the writing and worldview of Lawrence Durrell, but in a different place that hasn’t been written about in that way.

What are some challenges with living in Malta?

My biggest challenge is that the majority of people here have no sense of personal responsibility. Tradesmen seldom show up, for example, and you have to chase them for weeks to give them your business. No one follows traffic rules, but when they cause an accident (which I see multiple times a day), they just shrug and say “What happened? Poor me!” At the same time, it’s very easy in terms of paperwork, and no one bothers you very much. You just have to find those few reliable tradesmen or businesses that are very good and stick with them. But it can be pretty frustrating in the beginning.

What are some things you’ve discovered about Malta that outsiders wouldn’t know about?

I’m constantly amazed by the incredible amount, and diversity of, history packed into such a tiny island. There are Neolithic temples that predate Stonehenge in the village next to mine. There’s a ruined Roman villa around the corner and several tombs in the fields around this village. The entire Grand Harbour area is a series of dramatic fortifications and bastions from the middle ages and the time of the Knights of Malta. And one of the cellars in my house has a shelter from the Second World War. The more I read, the more I discover. And because the island is so small, everything’s right around the corner.

There’s a great little park at the end of Senglea, overlooking the Grand Harbour, with fantastic views across to Valletta. That’s one of my favorite spots, and I usually have it to myself. I also recommend the Lascaris War Rooms for a glimpse into the secret history of WWII. And don’t miss the Hypogeum—you have to book tickets a couple months in advance, but it’s worth it to see this unique subterranean Neolithic temple.

What is it like dining out? Does that exist? 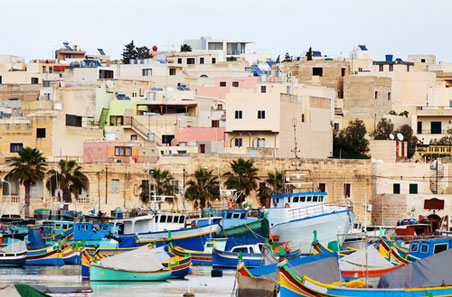 Maltese cuisine is pretty repetitive. But you can get great Mediterranean food at a little seaside fishing village, fresh off the boat. And very good Italian food. The vegetables in the local markets are also incredibly good.

What are some striking cultural differences in Malta?

Maltese people have very strong family networks, and the Catholic Church is still an important pillar of life here—the newspaper prints the Prime Minister’s daily agenda and the Archbishop’s side by side!

Anything new and noteworthy that’s happening in Malta that’s on your radar?

Valletta will be European Capital of Culture in 2018, so there’s a lot of restoration work going on across the island. I’m excited to finally get inside Fort St. Elmo, which played a key role in the Great Siege of 1565 during the time of the Knights of Malta.

If there is one thing you could change about Malta, what would it be?

The litter. It’s such a shame that people still treat the outdoors like a garbage dump.

What is the best souvenir that tourists should bring home?

I usually pick up something handmade from Mdina glass, and maybe a bottle of olive oil from a local farmer outside my village.

Do you plan on staying in Malta for longer? Why or why not?

I’ll be here for 2 or 3 more years for sure. The weather’s amazing, I love the old palazzo I rented, and this is a great location for travel to Europe, Africa, and the Middle East.

Jimmy Im is a freelance travel writer based in LA. He’s hosted programs on the Travel Channel and LOGO, and makes regular appearances on morning news shows as a “travel expert.” He teaches travel writing courses and is also cofounder of OutEscapes.com. Follow him on Twitter: @dieselmad.