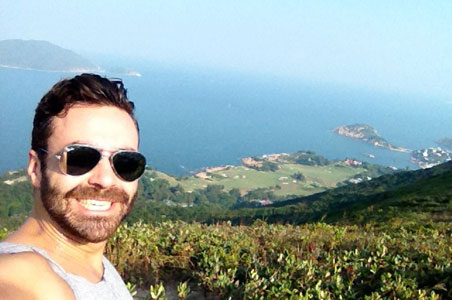 Hong Kong is known for terrific hotels, great food, buzzing nightlife, and inspiring attractions. Oh, and it’s one of the highly populated destinations for expats in all of Asia. Tim Robbins, a 32 year-old from the country, originally pursued a career in classical piano before heading to law school. Currently working as a lawyer in the field of international commercial arbitration, he moved to Hong Kong two years ago to find a whole lot of pedestrians, attractions off the beaten path, and the city’s beaches.

I’d never given much thought to Hong Kong before moving here. It was never on my radar. I knew the city had a particular fetish for skyscrapers, and that there was a huge expat community. What I didn’t realize was how small the expat community was within the grand picture. While Hong Kong is very much an international city and a world financial center, it is still very much a Cantonese city, and you don’t have to venture far from Central district to discover it. What also strikes you is how the city has the glitz and the grit shoved side by side—around the corner from one of a thousand luxury boutiques you’ll find a run-down alley with dingy street vendors or a wet market. It’s part of Hong Kong’s charm—this city accepts who it is and owns it. 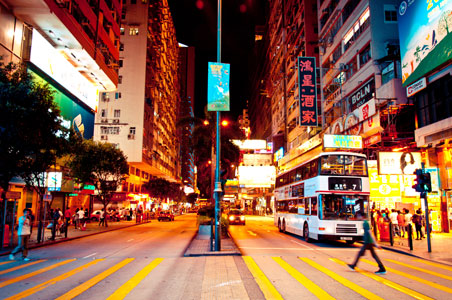 What are some challenges with living in Hong Kong?

Sweat and pedestrian rage come to mind. Summers can be slightly oppressive between the high temperatures and humidity, and work attire only adds to the suffering. Thankfully no one will judge you if you walk into a meeting half-soaked with sweat, as everyone in the room has been there at some point. Walking down the street can be an exercise in self-control: slow-pace walking and constant swerving are apparently taught in grade school here.  As someone who thinks transit is a waste of time, I’ve developed a slight tick as a result.

Language is also a bit of an issue. Although English and Cantonese are both official languages, I regularly encounter difficulties communicating, particularly with taxi drivers and with store/restaurant staff away from the expat areas (to be fair, my Cantonese is non-existent, and my nearly non-existent Mandarin is of little assistance). To avoid communication errors, which result in a trip to the wrong side of the island, there’s a great Hong Kong Taxi app.

What are some shocking things you’ve discovered about Hong Kong that outsiders wouldn’t know about?

The banks print their own money here! Capitalism at its finest (laughing). And I had no idea that Hong Kong had beaches.  It’s such a fantastic perk to live downtown in a major city and have access to great beaches in a short (and cheap) 20-40 minute cab ride. The south side of the island is a completely different world to the main financial district. I was also taken aback by the style of wet markets around the city, and often in quite central areas. The sheer amount of raw meat hanging in the street is not what I had expected to come across, and it piques my curiosity when I see ox tails on display for purchase (by the looks of them, quite fresh from the ox). I was adventuring in Long Ping a few weeks back (a neighborhood in the New Territories), and was lucky enough to be sprayed with fish blood as I passed a particularly violent butcher. 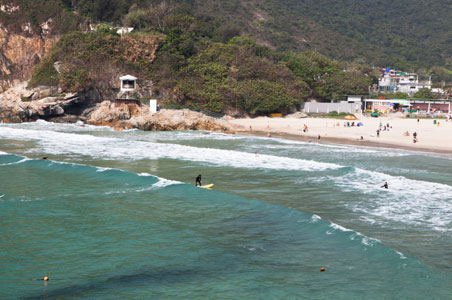 One of the best things about Hong Kong is the easy access to nature. Hikes on Lantau (feel free to skip the tourist trap that is the Big Buddha) provide stunning views from some of Hong Kong’s highest peaks. I’d also recommend adventuring out to Sai Kung for great hikes to secluded beaches, and there are places you can rent kayaks cheaply by the hour. If you are craving a Buddha fix, I had a good laugh up at the 10,000 Buddhas temple in Sha Tin, perhaps the most eclectic collection of Buddhas you will ever come across. While you’re up there, check out what exhibits are on display at the Heritage Museum. For people looking for a more somber activity, the Sai Wan War Cemetery at Wan Chai (east end of the Island MTR line) is worth a trip. The memorial is for Allied troops who died in the Second World War, and is in a stunning setting.

What is it like dining in Hong Kong? Anything you miss back home?

Dining is fantastic in Hong Kong. Most apartments are quite small with tragically petite kitchens, so people spend as much time out of the apartment as possible (I don’t know how to cook anyway). Dim sum is the local specialty, and there are plenty of good cheap options. Sichuan is my favorite of the Chinese cuisines (I’m a sucker for spice), and hot pot nights are a great way to share a meal with friends. There is the occasional dish that makes one wish they had said no—chicken joints, pig intestine, geoduck (Google this for a good laugh), and mystery kidney, just to name a few. Thankfully, there are enough Western options to satisfy cravings as they arise. There is a noted lack in quality chicken wings. We’ve managed to hunt down a place in North Point that has the best wings in town so far (The Big Bite).  Be wary though—in true Asian style, they have a different take on spice than most Western palates. 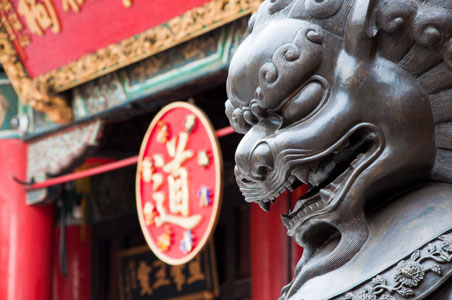 What are some striking cultural differences in Hong Kong?

By far my favorite is the exchange of business cards or money: you offer the item with both hands, thumbs pressed down on top. It seems so quaint and civilized, although it becomes slightly awkward when both persons are attempting to exchange cards at the same time. On the religious front, there are great little Buddhist temples around the city, sometimes wedged between skyscrapers. Individuals or small groups come to light incense and pray. I enjoy the food offerings that have been left for departed loved ones, which range from a selection of fruits to chicken and rice dinners and the occasional can of cheap beer. Not to dwell on the departed, but Hong Kong’s cemeteries are visually striking as well; they are staggered on the side of mountains, with the most sought after locations overlooking the sea.

Anything new and noteworthy that’s happening in Hong Kong that’s on your radar?

One of the challenges with dining in Hong Kong is hunting down all of the thousands of restaurants you’ve never heard of. As the world’s most vertical city, there are restaurants hidden away in skyscrapers across the city, the vast majority of which you’d never find without guidance. One of my favorite restaurants, Mum Chau’s, is tucked away on the fifth floor of a decrepit building in the heart of Lan Kwai Fung. Soho continues to produce some great new venues; Brickhouse and Chicha (Mexican and Peruvian tapas, respectively) are two of my favorites in the past year. Honi Honi (Polynesian tiki bar) has a great vibe and interesting cocktails, and Boujis is a new members club that’s fun for a night out.

If there was one thing you could change about Hong Kong, what would it be?

The rent! I share a 500 square foot apartment with another lawyer, as renting on my own seems like an extravagance I can’t afford with student debt. The real estate here is slightly out of control, which makes it difficult for many locals. There are many depressing stories of so-called “cage living,” with a number of residents in spaces less than 40 square feet. And this is where I admit my guilt and shame for complaining about my apartment.

Do you plan on staying in Hong Kong for longer? Why or why not?

Definitely staying for longer! I’m not done with Hong Kong yet. Part of the benefit of living here is that Hong Kong is a great gateway for most of Asia. The airport is extremely convenient and efficient, and there are tons of options for weekend getaways around China and southeast Asia.  I feel like I’ve barely scraped the surface in my first 18 months!  After tons of ups, downs and adjustments in my first year, I think I have officially developed a bit of a crush on Hong Kong.  It may not be the right place forever, but it’s an amazing place to spend a few (or more than a few) years.

Jimmy Im is a freelance travel writer based in LA. He’s hosted programs on the Travel Channel and LOGO, and makes regular appearances on morning news shows as a “travel expert.” Follow him on Twitter: @dieselmad.