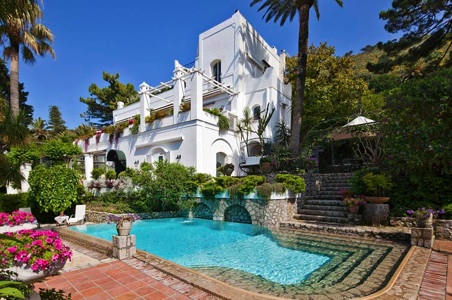 We know you, dear readers, love the best of the best, and there’s nothing more thrilling for a seasoned traveler than checking into a brand-new or newly renovated property. Take advantage of a great deal when Villa Le Scale in Anacapri, Italy, reopens with a new romantic-glam look in May. Bonus: the luxe hotel on the island of Capri will open a brand-new restaurant—Ristorante Decimo—just in time for its 10-year anniversary. 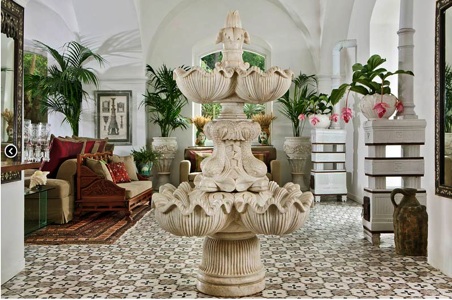 Villa Le Scale boasts manor-style service to the point where you feel like you’re bunking in your long-lost Italian cousin’s estate. After all, Capri has long been a refuge for the rich and famous. Once the private summer retreat of an 18th Century baron (Barone Monti delle Corte), the white-walled villa with just seven rooms and suites still exudes luxury.

Each room is packed with jaw-dropping art and antiques (from the private collection of the owner, an internationally renowned collector who lovingly restored this villa), custom-built beds and views of two acres of tiered gardens. The flowers—not to mention the cacti, goldfish-filled fountain, jasmine-laden gazebo and waterfall—will delight from every window. No two rooms are alike, but in the post-restoration iteration, each will be equipped with modern amenities like WiFi, air conditioning, an iPod docking station, plasma-screen television and surround-sound. A romantic softly-lit swimming pool completes the package and offers another way to enjoy the villa.

You’re practically guaranteed an intimate dinner at Ristorante Decimo—there will only be room for 14 diners. With the renovation comes a new seating area offering alfresco dining and a view of the sea from the comfort of your private cabana. (During inclement weather the indoor seating is just as grand: imagine an 18th Century salon with a 16th Century Turkmen fireplace and 19th Century Indian-wedding fountain.) General manager Vincent Copeland, whose father owned a restaurant in Manhattan, grew up visiting many chefs’ kitchens. His menu of Southern Italian cuisine, crafted from the region’s produce and available for three meals each day, is paired with local wines as well as the villa’s Grappa Bar (a first for Capri). Each Grappa is created on-site, using the villa’s fruit trees and herbs.

Accessible via a 45-minute boat ride from Naples, the villa is on the island of Capri and overlooks the Gulf of Naples. 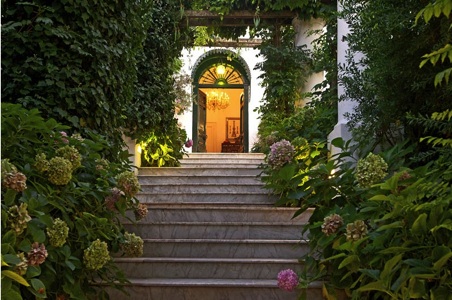 Villa Le Scale is offering Fodor’s readers 20 percent off the room rate—and is throwing in a bottle of Prosecco or wine upon arrival so you can properly kick back on Day One of your vacation. This deal is valid only for stays in May of 2013 and must be booked during the month of February. Normally, rooms go for between €275,00 and €650,00.

Be prepared to swoon at the swanky décor. To take advantage of this offer, visit the site and enter the code VLSFDRS when you book.