Top 5 Food and Wine Trips in France and Italy

Fodorites have spoken, naming their top Food & Wine destinations across the pond in our Best of Europe 2012 survey. We’ve focused in on the top five of those destinations, assembling an irresistible list of epicurean trips, from a gourmet canal cruise in Burgundy to a VIP wine weekend in Florence. Travel in high style with the juicy deals, culinary hot spots, and Michelin stars featured in these five food- and wine-minded European vacations. 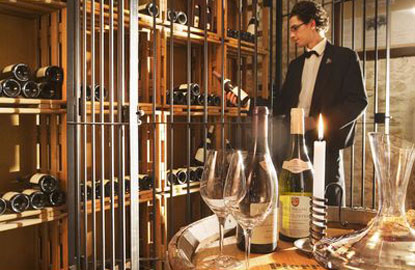 Or, book select six-night Northern Burgundy sailings (on April 29 and May 9) on European Waterways’ La Belle Epoque, and get 25-percent off your cabin fare (must reserve by April 6; discounted rates from $3,410/person). Enjoy sizable staterooms with marble baths, an onboard chef, and bikes on hand for on-shore exploring. Also shedding rates by 25 percent, try their six-night Burgundy canal sailing on April 29. The itinerary aboard the eight-passenger L’Art de Vivre features a visit to the medieval village of Noyers, wine-tasting at a 12th-century cellar, and an optional hot-air balloon excursion (rates from $2,990/person). Or, get $1000 off the same itinerary on the June 3 jaunt (discounted rates from $3,550/person); all offers must be booked as soon as April 6.

Where to Stay: While you wait to hop aboard your floating barge accommodations, relax in Paris at the luxury Four Seasons Hôtel George V Paris on the Champs-Élysées (rates from $1,084/night), or cozy up under a quilt at the cozy Hôtel du Cygne (rates from $162/night).

PLAN YOUR TRIP: Visit Fodor’s Burgundy Travel Guide for the latest restaurant, hotel, and shopping reviews—and to brush up on French foodie phrases. 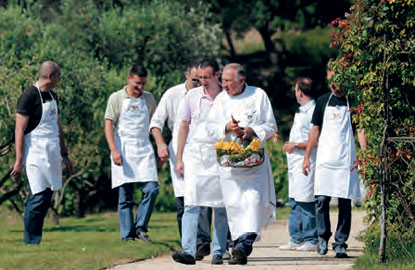 Why Go Now: Sign up for UK-based Arblaster & Clarke Wine Tours’ new “Cooking in Provence” itinerary (April 15–20; rates from $3,191/person) for five straight days of hands-on cooking lessons in Provençal cuisine, led by Michelin-starred chef René Bérard. Create a new menu each day using fresh-from-the-market ingredients (like saddle of wild rabbit), in the kitchen of Bérard’s own 16th-century rustic farmhouse. After savoring your creations for lunch, visit area culinary hot spots—like an olive oil mill and apiculturist (a bee and honey specialist)—and partake in a private tasting at the historic Domaines Bunan winery. As part of the package, you’ll also stay at former convent Hostellerie Bérard in the picturesque, medieval hamlet of Cadiere d’Azur, and enjoy complimentary access to the new spa’s hammam.

Alternatively, embark on top-rated Tauck’s new nine-night “A Taste of France” land-and-cruise tour, launching for the season on April 25 (rates from $5,390/person). Beginning in Paris with a two-night stay at the Hilton Arc de Triomphe Paris, guests enjoy an exclusive intro to French sauces at Alain Ducasse’s Ecole de Cuisine, blind chocolate tastings, and a tour of Julia Child’s former haunts. The journey proceeds as a Rhone River cruise, hitting popular culinary spots en route to Provence, like the iconic indoor food markets of Les Halles in Lyon and the Pont du Gard Roman aqueduct (site of a hosted dinner).

Where to Stay: Extend your stay in Provence at the gourmand’s haven of Chez Bru in St-Rémy-de-Provence (reopening April 3; rates from $199/night), or relishing a gourmet meal at the award-winning hotel restaurant of off-the-path La Prévôté (hotel rates from $193/night).

PLAN YOUR TRIP: Visit Fodor’s Provence Travel Guide for the latest restaurant, hotel, and shopping reviews—and to brush up on French foodie phrases. 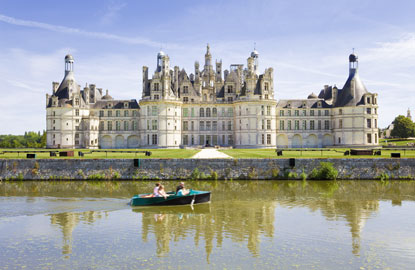 Why Go Now: A handful of spots are still available for Off the Beaten Path’s popular, five-night “Loire Valley Castles & Culinary Tour” (July 3–8; rates from $3,498/person) . . . but they likely won’t last long! If you’re quick enough to book one (all earlier tours have sold out), get ready to peruse medieval castles; soar over the Loire landscape via hot-air balloon; partake in cooking classes with a gaggle of Michelin-starred chefs in both their personal and professional kitchens (and have them cook for you); and sup the world’s best wines while noshing artisanal cheese to your heart’s content. Come sleepy-time, you’ll hunker down at a deluxe château for the trip’s duration (no hotel-hopping here). (Travel Tip: Flying from the States via London? British Airways is launching a new direct route to Angers in the Loire region on May 29.)

Where to Stay: The new Le Sozo Hotel (opened in March; from $129/night) in Nantes offers stylish digs for your stay, or bunk down amidst antique furnishings at Château de Colliers, near Chambord (rates from $190/night). 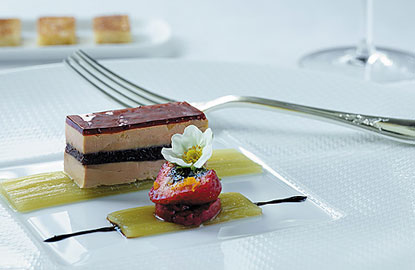 Where to Stay: Opened February 2012, the New Hotel Roblin’s is offering special room rates from $266/night, including buffet breakfast, through April 30. Or, try the atmospheric and affordable Hôtel Langlois near Les Grands Boulevards (rates from $186/night).

PLAN YOUR TRIP: Visit Fodor’s Paris Travel Guide for the latest restaurant, hotel, and shopping reviews—and to brush up on French foodie phrases. 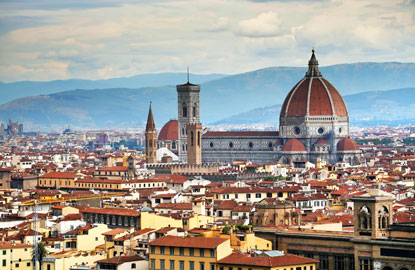 Why Go Now: Now in its second year, the exclusive, long-weekend Divino Tuscany tour (May 17–20) is a doozy. Starting with a celebrity- and grappa-laden house party, followed by an opulent gala dinner at Florence’s 350-year old Palazzo Corsini on the banks of the Arno, you’ll partake in grand tastings hosted by some of the region’s top winemakers, enjoy a private Saturday night dinner with one of Tuscany’s most elite wine families, and finish with a BBQ lunch at Sting’s private villa (rates from $2,527/person). Or, opt for more budget-friendly single passes to the Friday and Saturday night Grand Tastings (rates from $200/person).

Where to Stay: A two-night package at Salvatorre Ferragamo’s lavish Il Borro Estate (an hour’s drive south of Florence) includes breakfast and dinner, welcome cocktail, complimentary spa admission, room upgrade, and guided winery tour with “Italy’s best sommelier” (rates from $399/person, double occupancy). Or, enjoy the homey touches at the intimate, family-owned In Piazza della Signoria (rates from $372/night) in the heart of the city.

PLAN YOUR TRIP: Visit Fodor’s Florence Travel Guide for the latest restaurant, hotel, and shopping reviews—and to brush up on Italian foodie phrases.