News Larry Bleiberg You Can Finally Look Inside This Stunning D.C. Landmark. But Only for Another 25 Days
Home  >  News   >   Europe’s Budget Airlines: Flying High on Low Fares 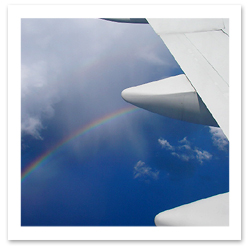 There are lots of reasons why travelers love Europe’s budget airlines. They gravitate to smaller, less-congested airports, which makes security and luggage checks a cinch. And because the airlines offer one-way fares going everywhere from Aarhus to Zaragoza, vacation options rise, allowing country-hoppers to fly where they want without having to waste money on pricey open-jaw tickets or waste time doubling back to their starting point.

But let’s be frank. It’s the chance to save big bucks that really get us on board. Considering how low some fares get, you might expect these operators to be fly-by-nights. Not so. Ryanair, the original player in Europe’s low-fare game, now ranks among the world’s largest international airlines. Others are affiliated with big name brands. BMIbaby, for instance is a subsidiary of British Midland; Centralwings is an offshoot of Lot, and Germanwings is largely owned by Lufthansa.

Some old-school airlines — notably the venerable Aer Lingus, established back in 1936 — have re-invented themselves as budget carriers. But even the upstarts are a force to be reckoned with, like Wizz Air. This Eastern European flier took off in 2004 but it already boasts an impressive fleet of 13 newly-minted Airbus A320s and plaudits from industry types and bloggers alike.

So how do these airlines manage to sell such cheap tickets without jeopardizing their reputations or our safety? For starters, they often use out-of-the-way airports where lower landing and take-off fees translate into lower operating costs. Fuel consumption, meanwhile, is reduced by keeping planes light (hence all the weight restrictions placed on your luggage). Then there’s the infamous “no frills” part. Expecting a complimentary Coke? Prepare to go parched. Ditto for such niceties as itinerary changes or name changes on tickets.

Ryanair, for one, even charges a £2 per passenger fee for credit card payments, and as of September 10 the airline began implementing another £2 fee for the privilege of checking in at the airport rather than online. But when transcontinental flights (say Liverpool to Milan) start at only £5, you can afford to splurge on such “upgrades.” Of course, if you do take umbrage at Ryanair’s seemingly endless add-ons, there are dozens of other carriers clamoring for your business. To get links for 44 more, you can check out Flycheapo.com. Or you can click on wegolo.com (the miser’s version of Expedia or Travelocity), which allows you to compare “all-in” fares, create customized itineraries and, for a €6.50 handling fee, book your budget seats online.

To make matters even easier, we’ve highlighted a few of our favorite low-budget fliers:

Home base: Dublin
Flies to: 142 airports continent-wide
Good News: Flexible date searches make rock bottom fares easy to find
Bad News: £5 — £10 fee for up to 15 kilos of checked luggage and £5.50 per kilo for anything over
Sample Promos: Liverpool to Nimes or Pisa from £5.99

Home base: London
Flies to: 74 airports continent-wide
Good News: Serves more than 40 destinations from connection-friendly Gatwick Airport
Bad News: You have to dig for the best bargains
Sample Promos: London to Majorca or Madrid from £22.99

Home base: Berlin
Flies to: 120 airports, many of them in Germany
Good News: Offers deals to nearby off-the-continent countries like Morocco, Tunisia and Turkey
Bad News: Many routes are only serviced seasonally
Sample Promos: Munich to Moscow or Athens from €49

Home base: Vecsés (Hungary)
Flies to: 41 airports, many of them in Eastern Europe and the U.K.
Good News: Who else flies from Transylvania to London for $37?
Bad News: Emphasis on “Deals of the Week” makes advance planning difficult
Sample Promos: Belfast to Warsaw or Krakow from £19.99.

Home base: Copenhagen
Flies to: 48 airports, many of them in Scandinavia
Good News: Ups the comfort quotient by allowing you to reserve seats and pre-order meals
Bad News: Such perks aren’t cheap: seat assignments start at €10, meals at €7
Sample Promos: Oslo to Amsterdam or Nice from €44

Home base: Dublin
Flies to: 74 airports, including a dozen in the U.S.
Good News: With flights from a dozen U.S. cities, it goes to Europe instead of just around it
Bad News: Free meals and entertainment on transatlantic flights make the bare bones service on transcontinental ones harder to take
Sample Promos: Boston or Washington to Dublin from $179.