News Apeksha Bhateja What Are the Chances You'll Get Monkeypox at a Hotel?
News11 European Museums You Should See In Your Lifetime

11 European Museums You Should See In Your Lifetime 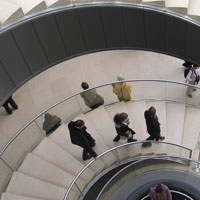 If you’ve never been to these museums, you’re missing out. From ancient books in Ireland to modern architecture in Spain, here are Europe’s essential museums.

What did we miss? Let us know your favorite European museums in the comments.

France’s grandest museum was a royal palace until the French Revolution, when it was transformed into the home for the young Republic’s art collection. The Big Three—Mona Lisa, Winged Victory, and Venus de Milo—should not be missed.

Current Exhibit: “Titian, Tintoretto, Veronese… Venetian Rivalry.” An exploration of the artistic rivalry that pushed three painters to influence and inspire one another. Through January 4th, details at the exhibit’s mini-site.

Something for Everyone (Berlin)

Germany’s capital has over 150 museums, but this spot should be your first stop. It holds five state museums with world-class collections ranging from classical antiquities to 20th century paintings and sculpture.

Current Exhibit: “Paul Pfeiffer ‘The Saints.'” Witness Paul Pfeiffer’s recreation of the legendary 1966 World Cup final between West Germany and England in a huge (and hugely powerful) installation of sound and video. Through March, details on the Staatliche Museen website.

The self-appointed protector of treasures from around the globe, this vast museum is packed to bursting with antiquities and alluring objects. Among the greatest hits are the Parthenon Marbles, the Rosetta Stone, and Egyptian mummies. 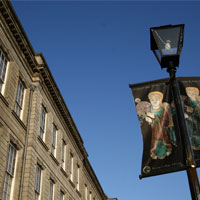 Often called “the most beautiful book in the world,” this manuscript dating to the 8th or 9th century is a marvel of intricacy and creativity, executed by monks working with reed pens. You can visit it at Trinity College in Dublin.

Current Exhibit: “Turning Darkness Into Light.” This exhibit provides extra historical perspective prior to viewing the book itself, and other important books—including the Book of Armagh, the Book of Durrow, the Book of Mulling and the Book of Dimma—are displayed on a rotating basis. Details on Trinity College’s website.

The lines waiting for entry here can be intimidating, but the reward—a vast collection of masterpieces, highlighted by the Sistine Chapel—makes it well worth the wait.

Current Exhibit: “Astrum 2009.” Well. You’ll probably make a beeline for the Sistine Chapel, but if not, check out this collection of rare instruments for observing the sky. Details on the Vatican Museum website.

The Uffizi—Renaissance art’s hall of fame—contains masterpieces by Leonardo, Michelangelo, Raphael, Botticelli, Caravaggio, and dozens of other luminaries.

Current Exhibit: “Splendour and Reason: Art in Eighteenth-Century Florence.” A history of art in Florence after the Medicis left the scene. Details on the Uffizi website.

Home of the Dutch Masters (Amsterdam)

This is the place to go when you’re looking for Dutch masters, including Rembrandt, Vermeer, Hals, and a slew of others.

Current Exhibit: “The Masterpieces.” According to their site, the Rijksmuseum is displaying the “crème de la cr&egraveme of their permanent collection” while a renovation is under way. Through November Details on the Rijksmuseum website.

The collection here—one part devoted to Egyptian, Greek, Roman, Islamic, and Asian art, the other to European—
isn’t large, but the quality is high. Add a stroll through the sculpture garden, and you have a great museum experience.

Current Exhibit: “Art Deco, 1925.” A curated selection of the very best works that appeared in an age-defining exhibition, the International Exhibition of Modern Decorative and Industrial Arts in 1925. Through January, details on the Calouste Gulbenkian website.

All About Vikings (Copenhagen)

Immerse yourself in the Viking exhibits here; one shows how the Vikings could navigate their ships across vast oceans at a time when most people believed the world was flat.

Current Exhibit: “Indians of the Rainforest.” The museum has an ethnographic wing, and the current special exhibit follows the Hiwi, Hoti, and Panare Indians through their life on southern Venezuela’s Orinico River. Details on the Nationalmuseet website. 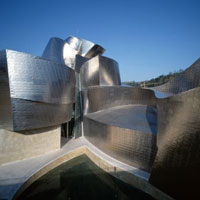 All swooping curves and rippling forms, this architecturally innovative museum was built on the site of the city’s former shipyards and inspired by the shape of a ship’s hull. The collection is pretty good as well, including such masters as Picasso and Miró.

Current Exhibit: “Frank Lloyd Wright.” A retrospective of the world’s most famous modern architect. Through February, details on the Guggenheim website.

Set in a magnificent neoclassical building on one of the capital’s most elegant boulevards, the Prado is Spain’s answer to the Louvre and a regal home to renowned Spanish masterpieces. Much of the collection dates back to the museum’s inauguration in 1819.

Current Exhibit: “Juan Bautista Maíno.” Includes 35 works by the artist and a further 31 by the painters who most influenced his artistic development, among them Vel&aacutezquez and Caravaggio. Through January 17th, details on the Museo del Prado website.

What did we miss? Let us know your favorite European museums in the comments.