News Apeksha Bhateja Europe's Airports Are Chaos This Summer. And Now There's Another Problem
Home  >  News   >   Where to Go Next in Europe

Where to Go Next in Europe

Everyone knows the great capitals of Europe – London, Rome, Paris, Berlin: steeped in history, rich in architecture, cuisine, and so much more. Unfortunately, the experience usually comes at a cost, whether in inflated prices or jostling crowds of tourists. Yet Europe’s "second" (in some cases, even third) cities often provide equally outstanding amenities, attractions, and infrastructure, including sizable airports and efficient mass transit, while flying under the mass tourism radar. We’ve selected seven oft-overlooked gems that offer authentic European flair at fair prices. Bon voyage and arrivederci! 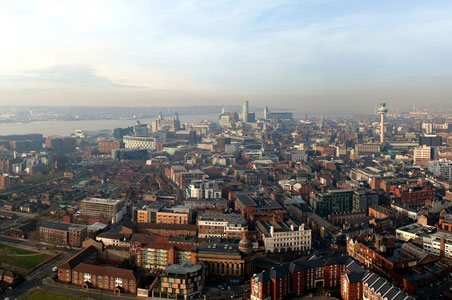 Liverpool, best known as the birthplace of The Beatles and dubbed the World Capital City of Pop by Guinness, rocks more than ever thanks to world-class museums (most of them free), cutting-edge shopping, locavore gastropubs, electrifying nightlife, and the finest repository of UK heritage architecture outside London. Two centuries ago an astounding 40% of the global trade passed through Albert Dock, transforming Liverpool into one of the world’s wealthiest cities. After a sad decline, the Docks became a gleaming example of urban renewal in the 1980s, including the opening of the Tate Liverpool with its superlative modern art holdings. The beat goes on with the Merseyside Maritime Museum (displaying the only known surviving Titanic first-class ticket), the International Slavery Museum, and the Museum of Liverpool.

Where to Stay: The 89-room Hope Street Hotel is Liverpool’s first boutique hotel, housed in a converted carriage house. It has a chic and design-y feel with exposed brick, cast-iron columns, and light, elegant bedrooms. Don’t miss a meal in the London Carriage Works restaurant. 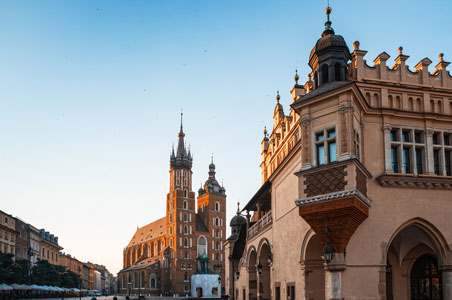 The 1,000-year-old Krakow miraculously escaped devastation during WWII. Its enchanting, walkable center was listed as an UNESCO World Heritage site in 1978. The Old Town alone contains some 6,000 historic sites, ranging from Rococo spires to Renaissance arcades, and more than two million artworks. The Royal Road, the coronation route traversed by the Kings of Poland, divides the district from St. Florian’s Church through the Barbican fortifications into the Old Town down to Wawel Castle guarding the Vistula River. Everywhere you go the streets resound with music from harpists, flutists, guitarists. Food is superb; Milk bars are the crème de la crème of bargains. These holdovers from the Communist era, often in historic buildings, serve government-subsidized meals for a pittance, allowing you to savor true local flavor.

Where to Stay: The 23-room Fodor’s Choice Hotel Grodek occupies a prime Old Town spot close to Planty Park. The handsomely decorated rooms each have "themes" running from Renaissance to Chinese. The café-terrace overlooks the twin spires of St. Mary’s, the library doubles as an intimate bar, while the dining room specializes in seasonal, historic cuisine. 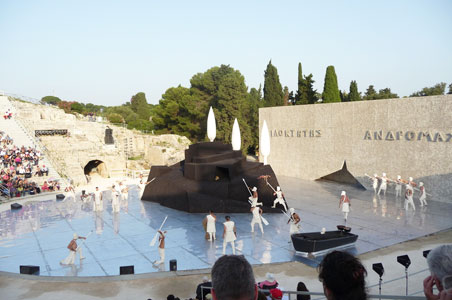 Sicily has long been a strategic military crossroads and crucible of Mediterranean culture; today the island is a melting pot with Greek amphitheaters, Roman temples, Renaissance churches, and Baroque palazzos. Nowhere is this more evident than in Siracusa, a UNESCO World Heritage Site. Founded in 734 BC by Greek colonists, it soon equaled and even surpassed Athens in wealth, splendor, and power. Though it became a Christian bastion—citizens bricked up the spaces between the columns of the Temple of Athena to create the Duomo in the 7th-century—Siracusa’s Greek origins are celebrated. Classic tragedies are performed at dusk in the Parco Archeologico’s 5th-century BC Teatro Greco. The original city center of Ortygia has been modernized today with happening eateries and bars, as well as swank hotels often with sweeping sea views. 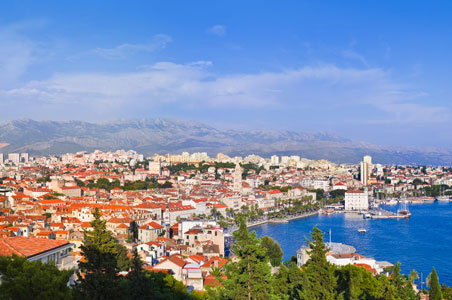 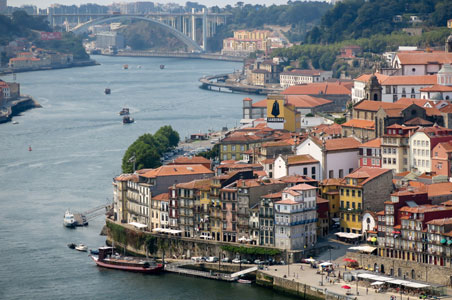 Portugal’s second-largest city and commercial heartbeat sprawls across several hills with dramatic prospects of the harbor and Douro River. Port, fortified sweet wine, courses like its lifeblood, informing the stock exchange, the 19th-century warehouses, and Baroque churches of the old town. Savor local delicacies at the grand Mercado do Bolhão and take in the nightlife in the revitalized Clérigo district. Tour the huge 19th-century storage facilities of the Port producers in town. Or go upriver to visit the vineyards. The Douro River Valley is home to steep cliff-side vineyards, gaping gorges, and countryside dotted with medieval cathedrals and fortresses, earning it UNESCO status. Visitors should cruise upriver from Porto or ride the scenic railway. The world’s oldest wine-producing region has become one of the most dynamic winemaking frontiers, launching a dry red wine revolution using indigenous grapes. 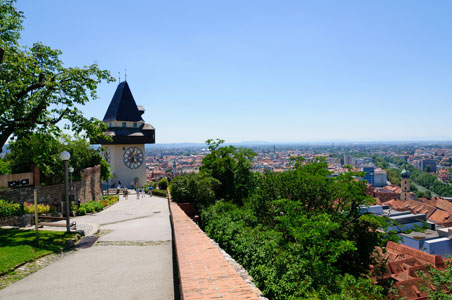 Austria’s second-largest city, Graz was declared a Cultural Capital of Europe for 2003, City of Culinary Delights in 2008, and UNESCO City of Design in 2011. The old town received World Cultural Heritage status in 1999 as one of the finest examples of a medieval village, with architecture spanning Gothic to Italian Renaissance to Postmodern styles. The Schloßberg (castle hill) commanding the old town offers a demolished fortress, a funicular, and the Uhrturm clocktower. And the centuries-old center contrasts with contemporary structures, like a modern art museum and metallic art installation that houses a café, playground, and amphitheater. The Universalmuseum Joanneum, Austria’s oldest public museum is housed in 12 locations each with noteworthy collections. Find lively bars and coffee shops in Altstadt, the Lurgotte (cave system) in the Greater Graz area, spas in the Thermenregion, and wine in the Steirische Weinstraße, nicknamed the "Styrian Tuscany."

Where to Stay: The 56-room glass-and-chrome Augarten Hotel doubles as a contemporary art gallery. Or book at the 98-room Hotel Wiesler, with a retro-chic sensibility. Guests can rent vinyl records or borrow Polaroid cameras. 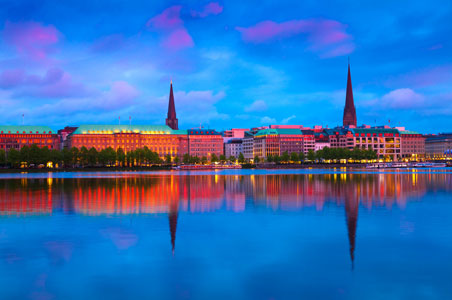 Hamburg is defined by water, from the River Elbe to the Alster Lakes; its 2,300 bridges dwarf Venice’s 400. The downtown area features 19th-century warehouses and restored historic landmarks like the Rathaus (Town Hall) and Gothic St. Michaeliskirche. The Harbor’s narrow cobblestone streets are lined with richly decorated mansions and churches of various faiths, reflecting the varied origins of the merchants and seamen who settled here. The HafenCity (Harbor City) gleams with modern hotels and institutions like the U-Boat Museum. The once sleazy St. Pauli district beckons with trendy cafes, clubs, and shops. A supreme sense of design imbues the city, enlivening historic spaces with eclectic salvaged fixtures. Check out the Parlament restaurant, with giant glowing cylinders, or top toque Tim Mälzer’s Bullerei, an artsy recycling of a brick abattoir.