News Larry Bleiberg You Can Finally Look Inside This Stunning D.C. Landmark. But Only for Another 25 Days
Home  >  News   >   Essential NYC (for Those Who Think They Know New York)

Essential NYC (for Those Who Think They Know New York) 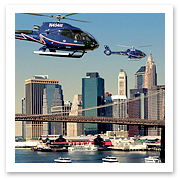 Explore the Federal Reserve Bank
Two NYC key themes — money and art — meet here. Ninety-billion dollars worth of gold belonging to 60 countries and international organizations is stored 50 feet below sea level in a building that looks like a Florentine palace. Free 60-minute tours are given Monday through Friday.

Fly Over the City
Yes, in a helicopter with Liberty Helicopters. The company offers a half-dozen helicopter tours ranging from a few minutes to a 15-minute private “romance” tour that flies over Central Park, the Empire State Building, and around the Statue of Liberty.

Hail a Water Taxi
A ride on a water taxi is a blast. This is a fine alternative to busy street cabs. The bright yellow boats cruise the city’s waterways and make a dozen stops in Manhattan, Brooklyn, and Queens. Hop on and off at will with a $20 two-day visitors pass. Get a whole new look at NYC and beat the traffic. 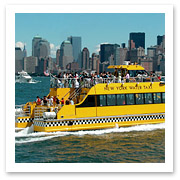 Hunt for bargains at the GreenFlea Market
The GreenFlea Market at Columbus Avenue between 76th and 77th Streets has hundreds of vendors sell crafts, imports and antiques. For those who might be staying on for a while, you can also pick up lots of fresh produce here. Year-round, Sundays from 10 to 6 p.m.

Meander the Meatpacking District
Once the bastion of butchers, this is now NYC’s trendiest neighborhood, packed with interesting restaurants, ubercool clubs, and stylish boutiques. The neighborhood is downtown between Gansevoort and West 15th Streets. Most of the shopping action is on West 14th.

Tour United Nations Headquarters
Many folks assume this 18-acre riverside tract is off limits to the public, but the 45-minute-long guided tour is the main attraction here. The tour takes visitors through the General Assembly, the Security Council Chamber, the Trustee Council Chamber, and the Economic and Social Council Chamber. When hunger strikes, dine like the swells do in the Delegates Dining Room (jackets required for men; reservations required at least one day in advance). First Avenue and 46th Street. 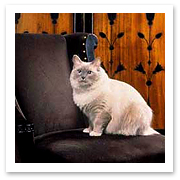 Tipple at the Algonquin Hotel
Pretend you’re Dorothy Parker, or George S. Kaufman, and have a vodka martini in the understated elegance of New York’s most legendary hotel. Literary types and plutocrats schmooze in the hallways, and signed works of former Round Table raconteurs can be checked out of the library. Even Matilda, the resident cat who languishes in the parlorlike lobby, seems to know that the draw here is the ghost of its literary past. 59 West 44th St. between 5th and 6th Avenues.

Tour the World’s Largest Cathedral
St. John the Divine is larger than Notre Dame and Chartres, and the Statue of Liberty would fit under its central dome. Wander through the cathedral and its 11.3-acre grounds on your own, or take the guided “Vertical Tour,” which leads 124 feet up spiral staircases to the top of the cathedral. $15 per person; $10 per student/senior. Saturdays only. West 112th Street and Amsterdam Avenue, one block east of Broadway.

Visit the City’s “Other” Central Park
Riverside Park, which stretches four miles from 68th to 158th Streets along the Hudson River, is a largely undiscovered New York City treasure. Wander along the river promenade to the 79th Street Boat Basin, and watch the sun go down while sipping a cocktail at the Boat Basin Cafe (top of the curving stone steps at 79th Street and the promenade, closed winter).