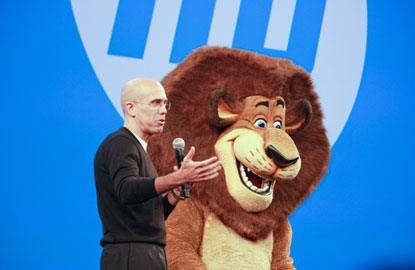 This week DreamWorks, China Media Capital, and the Xuhui District Committee of CPC, among other parties announced that the Xuhui District of Shanghai will become the headquarters of Oriental DreamWorks. In the coming years this new group will produce television and film content with Chinese cultural leanings, including the third installment of the popular Kung Fu Panda series, due in 2016.

This is all well and good for animated panda buffs, but how will it affect travelers? Well, as part of its establishment in the district, the company will build a multi-billion dollar entertainment and tourist destination (called The Dream Center) in the Xuhui Riverside area, the last waterfront area available for major development in downtown Shanghai according to the district. The Dream Center is set to open in 2016, and will be comprised of movie theaters, hotels, animation exhibits, shops, and restaurants, as well as the "Dream Walk"—the world’s largest IMAX screen.

Developers plan to use natural elements of the area along the river in the design of the complex, including plants, mud, coal, and oil in some capacity. All told, this represents a 20 billion Yen (over $3.1 billion) investment with the intention of helping to create a cultural and media mecca in the district. In April of this year, the Xuhui District government announced a three year plan to develop the district as a cultural center in Shanghai. The waterfront in Xuhui, including former industrial areas, will be recreated as a cultural center to include art galleries, performance spaces, and theaters.

China Media Capital chairman Ruigang Li commented on the importance of Dream Center as part of this development in a statement to the press:

"The historical context and urban characteristics of Xuhui Riverside, together with the inspiration and international connections of DreamWorks Animation, is certain to become a focus of China and the entire world. We believe that the restructuring of Shanghai’s cultural industries will benefit from these plans, giving us a unique advantage thanks to this unprecedented global vision."