Coronavirus David Silverberg Are Your Kids Heading Back to Summer Camp? Here's What You Need to Know
Home  >  News   >   Downton Abbey’s Matthew Crawley is Alive, Well, and Traveling 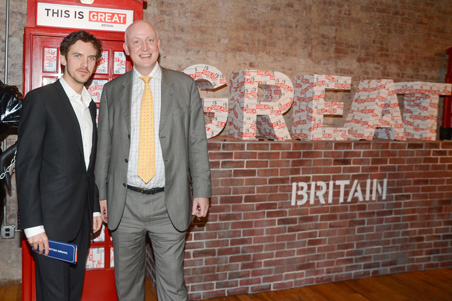 Fodor’s caught up with Downton Abbey’s Dan Stevens (rest your gorgeous soul, Matthew Crawley) at the Big British Invite pop-up experience in New York City last week. The charming actor—looking dashing with darker hair and trimmer physique—gave us a tour of a fabulous slice of the UK, flown across the pond for one weekend only, courtesy of British Airways and VisitBritain. 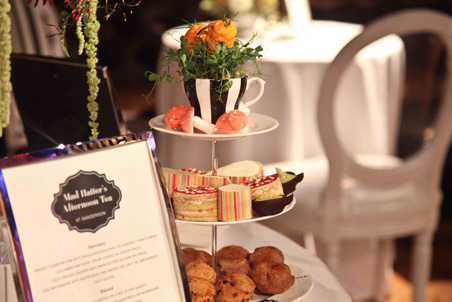 Despite delicious offerings of tea and sandwiches from Sanderson, confections from The London Candy Company, cocktails spiked with Beefeater and Chivas Regal, sausage rolls from the West Village’s Highlands, and even custom Union Jack nail designs from East London’s trendy WAH Nails, the newly svelte Stevens focused on chatting rather than partaking. (He did allow himself a deep sniff of the fragrant bouquets on display from hip Liberty London. Never before have we wished so fervently to be a tulip.)

We asked Stevens, who’s now living in New York with his wife and young children, for his travel tips and favorite British haunts:

What two things do you always bring when you travel?

Hopefully I won’t forget my kids. And I take a notebook. A plane is a great place to make notes and write.

What do you miss most about London?

Indian food. It’s very hard to get a good curry in New York. [And] I always bring back Dark chocolate hobnobs [biscuits]. They are very difficult to find in New York. It’s better to travel to Britain to get them—they taste better.

What are your favorite London restaurants?

For Indian, it’s New Diwan I Am. Hereford Road is very good. J. Sheekey, when you’re in the theater district, is a must. The Ivy is always great.

And what about your favorite London cocktail spot?

The Experimental Cocktail Club is a favorite of mine, sort of a little hidden away gem in Chinatown. A Hendricks gin with cucumber is particularly nice.

London is having a major fashion moment. Are you a big shopper?

[Long pause.] Occasionally. [Giggles from all the female reporters.] I like—there’s some great tailoring in London. This [pointing to his suit] is Spencer Hart right here—a great little British tailor. It’s a real mecca for men’s fashion.

What about Britain’s famous punk scene? Did you ever go in for that?

I was more ’90s punk whatever that was. Sort of skater-punk. Enormous trousers you could fit two or three people in if you needed too—or baguettes. Not that I ever shoplifted a baguette, but if I wanted to, I could have. [More giggles.]

What are your tips for first-time visitors to Britain?

Go off the beaten track; there’s so much more than on the conventional tour bus routes. London is at its best when you really got off and explore a bit. And it’s a great thing to hop in a black cab. Sometimes they’ll give you a tour if you’re going ’round from out of town. They’re very, very knowledgeable guys. Black cab drivers can sort out all of your life’s problems. [There’s a] very special bond between passenger and driver.

Any mistakes Americans sometimes make in the UK?

Don’t assume that everybody knows everybody. I think the expectation, because Britain is so small, is that we all automatically know somebody’s second cousin twice removed. For a tiny island it’s very varied landscape-wise, but also the people are varied. Their accents, even three miles apart, can be wildly different. And I love it, all the way around.

Do you have any tried-and-true jetlag cures?

I travel a lot, sort of both voluntarily and involuntarily. Getting over jetlag—it’s a constant battle. Yerba mate [tea] is good; keeps you awake. That’s of course for after a flight.

I’m trying to think about my travel philosophy; I should have one. We should all have a travel philosophy. You’re going to get an email from me in three weeks: “It’s 8,000 words. I wrote it on my notebook on a plane.”