News Larry Bleiberg You Can Finally Look Inside This Stunning D.C. Landmark. But Only for Another 25 Days
Home  >  News   >   Don’t Go There This Summer — Go Here!

Some of the world’s most delightful places turn into absolute hellholes in the summer. Searing heat, muggy conditions, and zillions of tourists can suck all the fun out of a trip. Here are a few places you might want to avoid this summer along with alternative locations where we’ve found the summer months far less taxing. 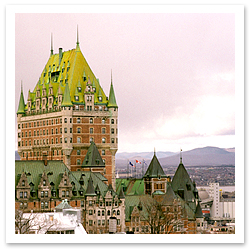 Skip: Montréal, Québec — If your idea of fun is being wrapped in a hot, wet towel along with thousands of other people whilst being snarked at in French, you’ll love Montréal in the summer. If this doesn’t sound like paradise, try Montréal in spring or autumn.

See: Québec City, Québec — Just as French as Montréal but less crowded, Québec City can get hot but there are wonderful parks and pockets of wilderness to escape to right outside the city center. Or spend a cool day in one of the dozens of museums, starting with the Museum of Civilization. Don’t miss Montmorency, a waterfall just outside of town that is 98 feet higher than Niagara. The falls are illuminated at night in summer months, and from Saturday, July 21 through August 8 there is an international fireworks competition. Also worth your time is the 40th Québec City Summer Festival (July 5th to July 15th in Old Quebec City), featuring performances by more than 450 artists from over 22 countries. The Auberge Saint-Antoine, in the Old City, is a wonderful place to hang your hat.

See: Takayama, Japan — For a glimpse of old Japan head to Takayama, a small town in the “Japan Alps” in the northern Gifu prefecture. Takayama’s summer climate is less brutal than Kyoto’s, and though increasingly popular, it has retained its many charms. Head to the Sanmachi Suji district, the oldest part of town. Here you can wander among the traditional wooden buildings, shop for local crafts, and taste homebrewed sake and freshly made noodles in miso. You can get to Takayama by train from Tokyo in roughly four hours. The Nagase Ryokan (about $450) is a magical place to stay. 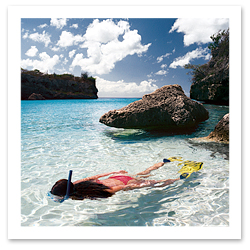 Skip: Aruba — Beachcombers the world over flock here thinking it’s the place to go to outrun the Atlantic hurricane season. Which explains why there are 10 million other people with you on that white-sand beach. Late November through early May is a better time to visit.

See: Barbados — Throw caution to the wind and go to Barbados instead. It’s less likely to be hit by a major hurricane because it’s 100 miles farther east than the other islands in the Caribbean. Broad vistas, sweeping seascapes, craggy cliffs — what’s not to love. What draws visitors to the island are the warm personalities of the locals, the sophisticated dining, and the amazing beaches. Check out Harrison’s Cave to see stalactites, a subterranean stream, and a 40-foot waterfall. Beautiful and unusual plant specimens from around the world are cultivated in Andromeda Gardens. Or you could just spend your vacation on Mullins Beach, which is perfect for sunning, swimming, and snorkeling.

Skip: Venice, Italy — La Serenissima is not at her best in the summer. She’s hot, overcrowded, and ripe with unpleasant aromas. You’ll likely enjoy a visit here much more in late March to early May (but not during very crowded Easter), or in the autumn.

See: Puglia, Italy — a sunny and lovely region of Italy along the Adriatic coast, full of vineyards and olive groves and wonderful sandy beaches and clear water. You might consider making the medieval city of Bari your home base and rent a car for exploring historic towns like Alberobello, with its only-in-Puglia conical buildings. If you’d prefer a beach resort, the Hotel Baia dei Faraglioni, in Mattinata, can’t be beat. It’s a five-star hotel set in a cliff overlooking a private beach accessible via an elevator set into the rocky cliffside. 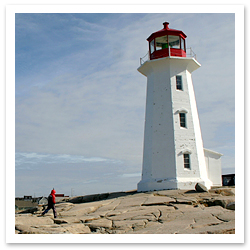 Skip: The Maine Coast — It’s lovely, but it can get painfully crowded. Route 1, the main thoroughfare, often becomes a parking lot on July and August weekends. If you’re staying in one of the less-packed places, like Southwest Harbor or Eastport, by all means go. But if you’re heading to Portland, Bar Harbor, or Acadia Park, go before mid-June or after Labor Day.

See: Nova Scotia, Canada: Same rocky coastline, pristine waters, lobsters, light houses, and cool fishing villages as Maine, but far less crowded and less expensive. Hop the ferry from Bar Harbor or Portland, Maine, and you can be in Nova Scotia in a few hours (don’t forget to bring your passport; you’ll need it to get back into the U.S.). The best way to see the province is to follow one or more of the spiffy driving itineraries supplied by the local government. Do explore the Bay of Fundy’s tide pools, make time for raft-surfing on the Shubenacadie River, and driving the outrageously scenic Cabot Trail.

Skip: The Kona Coast, Hawaii — Once upon a time, the Big Island’s Kona Coast still felt Hawaiian. Now it’s overpriced and overcrowded. Still, it’d be hard to say no to always-sunny Kona in the winter, but in the warmer months head to the less-touristy areas to experience the authentic life of the island.

See: Hilo, Hawaii — The windward side of the Big Island has managed to escape the ravages of tourism. The hotels are far from glamorous, but Dolphin Bay should more than suffice. Grab breakfast at Ken’s House of Pancakes, then wander through the Lili’uokalani Gardens. Make sure to check out the Pacific Tsunami Museum for an unusual look at island history, and Sig Zane’s store, which sells clothing with textile prints that honor Hawaiian culture and local plants (more sophisticated than the typical Hawaiian shirt or muumuu but just as comfortable). From Hilo, it’s an easy day trip to Volcanoes National Park. You could also head to the Waipio Valley area, with its black sand beaches, tropical rainforests, and waterfalls. Here you might opt to stay in the friendly Waipio Wayside Inn, where the Aloha spirit is still alive and well.