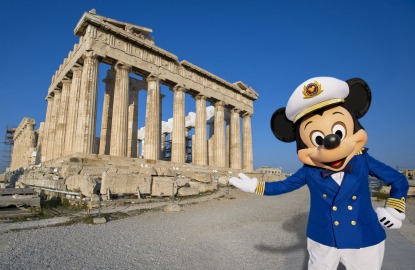 Family-friendly Disney Cruise Line is rolling out some expansive changes for its 2013 cruise calendar, including a return to the Mediterranean, as well as its first-ever departures out of Miami. The cruise line, which has long concentrated its sailings out of Port Canaveral, Florida (set just 45 miles from Walt Disney World), to tried-and-true markets in the Bahamas and Caribbean, recently has been toying with its portfolio of itineraries, offering ever-increasing opportunities for cruisers looking to cast a wider net for their Disney-magic-infused cruise vacation options.

The newly announced Mediterranean cruise itineraries mark a return to the region after a brief hiatus in 2012 (all of Disney’s ships are homeported in the U.S. this year). Starting in June 2013, for the duration of the 3-month cruise season, the Disney Magic will embark from Barcelona and incorporate new ports of call in Venice and the Greek Isles, as well as offer shorter 4-night and special 12-night itineraries, in addition to the standard weeklong sailing. (Rates start at $796/person for the 4-night sailings.)

Closer to home, DCL will launch a second Floridian homeport in Miami in December 2012, with a scheduled series of 4- to 7-night sailings on the Disney Wonder. These Bahamas and Western Caribbean itineraries will incorporate stops like Cozumel, Mexico; Grand Cayman; Key West; Nassau, Bahamas; and Disney’s private island, Castaway Cay. Rates start at $440/person for 4- and 5-night cruises.

What’s more, the cruise line has announced plans to return to Alaska on the Disney Wonder in May 2013 for its third season, embarking from a new home port in Seattle. Also on the Disney news front this year: Look for the line’s inaugural offerings out of New York City this summer, with the Disney Magic slated for a series of 2-night "cruises to nowhere," 5-night New England itineraries, and 8-night Bahamas sailings. Plus, the brand-new, much-hyped Disney Fantasy is set to kick off on March 31, with 7-night Caribbean itineraries out of Port Canaveral—check back in late February, when we’ll be on deck for a firsthand report of the ship’s sparkling amenities.