Deals Leila Najafi Attention West Coast: You Can Now Book Flights to Paris for as Little as $321
Home  >  News   >   Disney Cruise Lines to Sail from New York City, Seattle, and Galveston in 2012

Disney Cruise Lines to Sail from New York City, Seattle, and Galveston in 2012 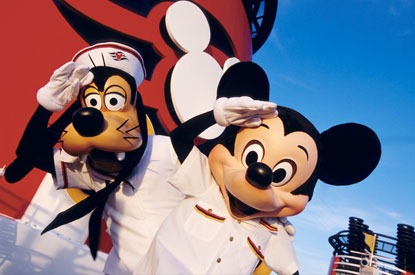 At Chelsea Piers with a view of New York’s Hudson River and with Captain Mickey by his side, Karl Holz, President of Disney Cruise Lines, announced today that next year will bring new itineraries from three new ports of embarkation: New York City, Seattle, and Galveston, Texas.

The Disney Magic will sail from New York City starting May 25, 2012. Late spring and summertime cruises will include five-night Bahamas excursions, two-night weekend getaways, and eight-night sails up the northeast coast to New England and Canada. Trips to the Bahamas will include a one-day stop in Port Canaveral, Florida, bus transportation to and from Walt Disney World, and one-day Park Hopper passes.

After summering in the city, the Magic will sail to Galveston in September for 12-night trips to the western Caribbean and the Costa Maya and Cozumel in Mexico. Also in May of 2012, the Disney Wonder will begin sailing from Seattle to Alaska and Victoria, British Columbia.

The new itineraries are the result of Disney’s growing fleet, which went from two vessels to three with the launch of the Disney Dream this past January. The fourth ship, the Disney Fantasy, is slated to make its maiden voyage on March 31, 2012.