News Tina Charisma 'Regenerative Travel' Is the New Buzz Phrase, but What Does It Mean?
Home  >  News   >   Discovering Victor Hugo’s Isle of Jersey

Our house, as you know, Fantine, faces the ocean. Upstairs in my room, it is as if I am perched on the very tip of a precipice with the great foaming waves beneath my window. I wrote in a letter to Franz Stephens that "I inhabit this immense dream of the ocean; slowly I become a sleepwalker of the sea. Faced with these prodigious sights and that enormous living thought in which I lose myself, there is soon nothing left of me but a sort of witness to God." That night, as I usually do in these après-séance writing sessions, I flung open the windows and took in great gulps of the sea-washed air. –From Seduction by M.J. Rose

In 1853, the politically exiled author Victor Hugo began a series of more than one hundred secret séances in order to connect with his dead daughter, Leopoldine. At the time Hugo was living on the sea-beaten Isle of Jersey and writing a novel entitled Les Misérables, which he wasn’t to finish for 9 more years.

When I decided to write about those séances and how they might have led Hugo to meet the woman who would inspire Fantine in his epic novel, I knew I would need to see Jersey as Hugo had. Today Jersey is a tax haven and vacation spot. But I was looking for the island where Hugo lived over one hundred and fifty years ago. I wanted to walk the beaches he walked, explore the caves he’d explored, and be awed by the dolmens, passage graves, and Druid monuments that had astounded him.

I worked with Peter Webb, a photographer and official Jersey Blue Badge Guide, who showed me that the mystical island is alive and well. Here’s how you can discover his version of the Isle of Jersey. 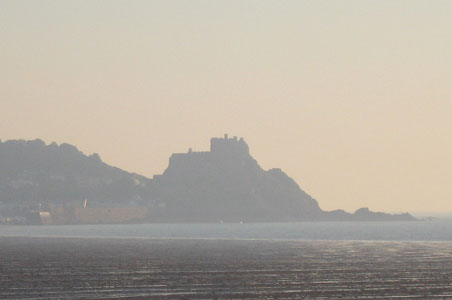 This scene of the medieval bow and arrow castle at Gorey was one Hugo must have pondered often since Gorey was where he most wanted to live in Jersey. First built to defend Jersey from a French attack, it was renamed by the French during their occupation in 1461 and was preserved by Jersey’s Governor, Sir Walter Raleigh in 1600. Hugo’s youngest daughter, Adele, was quoted as saying the castle and Gorey "was one of the most beautiful places in the world." 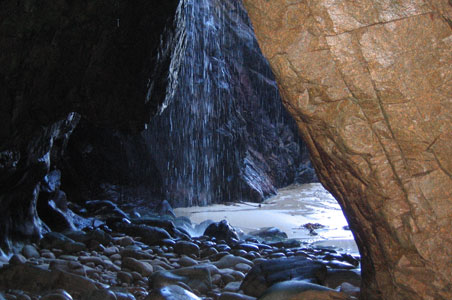 Hugo often took out a rowboat to explore some of the more than three hundred caves along the shore. Hugo even named one in Sark near Gosselin Harbour "La Grotte Charles," after his son. Today they are known as Victor Hugo Caves and are featured in his book Les Travaillers de la Mer (Toilers of the Sea). Guided kayak tours can show you the magical caverns. 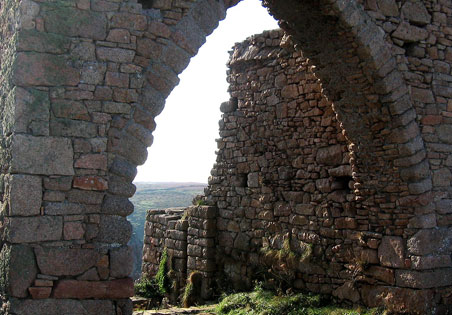 This castle, which was already a ruin in the year 1500, is on the North West point of the Island. Hugo had a deep, if mystifying connection to it, and wrote: "I would be buried there if I never returned to France." He even produced a painting of the Castle, which he signed. The photo is taken from the same angle as the painting so you can stand on the same spot as Hugo did.

The entire rugged and somewhat lonely north coast is a contrast to the rest of this small Island of Jersey and has a footpath the entire length, some fifteen undulating and twisting scenic miles. 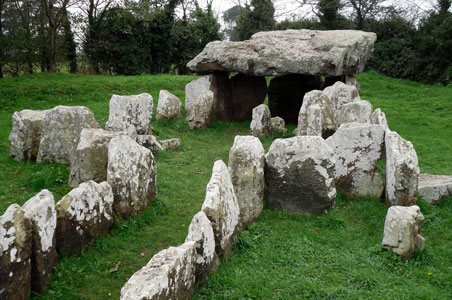 The mysterious La Pouquelaye de Faldouet dolmen is mentioned in Hugo’s "Les Contemplations" along with many other Jersey dolmens. "The Channel Islands do not have the temples of Astypaleus," he wrote, "but they have their cromlechs." Many of these sites are older than the great pyramids of Egypt dating from. 4800 BC to 2250 BC. And La Hougue Bie Neolithic dolmen, in the Parish of Grouville, is one of the finest in Europe. 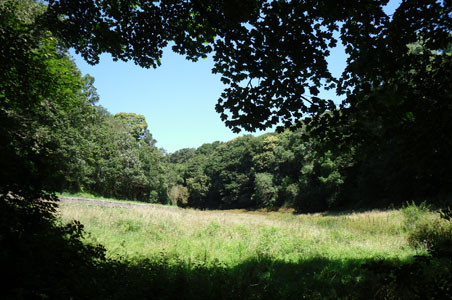 A nature lover who often complained about cutting flowers lest they be hurt, Hugo was enamored with the evocative valley in the Parish of St. Lawrence. Today, as in Hugo’s day, the area abounds with 17th century vernacular, pink Jersey granite, and farmhouses. Although the Island is populated with 100,000 souls, you can often walk for more than two hours without seeing a single person—just you and nature and perhaps the ghost of Hugo. 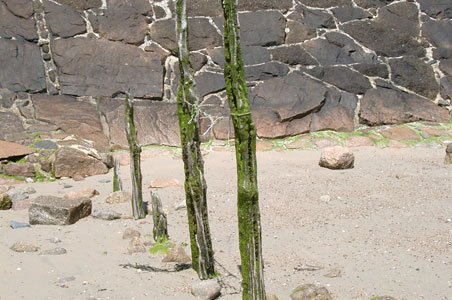 The skeletal remains of a fishermen’s jetty is a reminder of the vast oyster fishing industry of the mid 19th century. Not far from where Hugo lived on Marine Terrace (now an apartment complex), La Rocque Harbour was built for the fishermen of the day. This scene was clearly an inspiration for his book Les Travaillers de la Mer. He was known to stand on the jetty and gossip with the fishermen unloading their catch of the day. 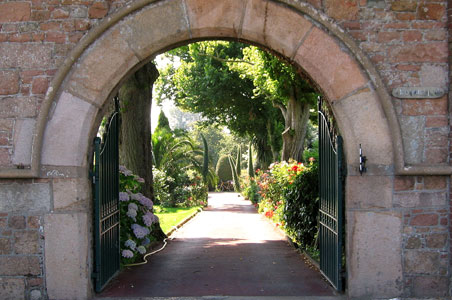 "Exile has not only detached me from France, it has almost detached me from the Earth," Hugo wrote in a letter. Clearly missing home, Hugo brought his mistress to Jersey. He put her up in a lovely house a short walk from his family home. Their walk through the Parish of Grouville would have included this granite arch entryway into a romantic, hidden garden. 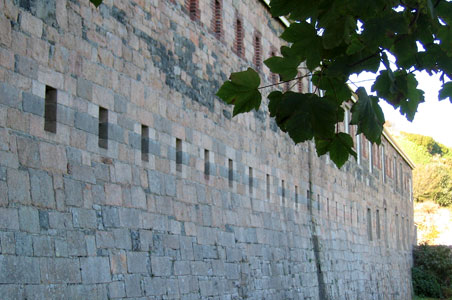 Hugo wrote often about the sea as a living entity—he respected and feared and loved it. Jersey offers magnificent sea views – some swirling and rough, others serene and placid. Hugo was inspired by the ‘chocolate colored rocks’ in this picture. The low tide reveals the last vestige of a flooded land-bridge that linked Jersey to the continent of Europe some 8,000-years ago. But beware. Its gentleness masks the danger of spring tides of forty feet.