News Apeksha Bhateja What Are the Chances You'll Get Monkeypox at a Hotel?
NewsDiscovering the Hidden Side of Cairo

Discovering the Hidden Side of Cairo 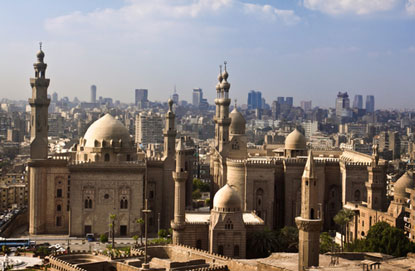 The literature of a country can be a passport into the deepest riches of its culture.

In Cairo, start with a visit to Diwan Bookstore to drink fiery Egyptian coffee and browse through the numerous shelves of English-language books. At Diwan, you’ll find the great Egyptian poets, novelists, and journalists—all in translation. What better way to understand the city than through the writers who’ve written about its streets? (A good place to start is Samia Mehrez’s, The Literary Atlas of Cairo: One Hundred Years on the Streets of the City.)

Diwan is at the heart of the Maadi neighborhood, which is often overlooked by Cairo’s visitors in favor of the better-known island neighborhood of Zamalek.

But Maadi—which rises around the one-way thoroughfare, Road 9—is just as rewarding for a day’s exploration. The neighborhood has experienced a renaissance since Mubarak’s fall; the baladeya, the thuggish police that Mubarak used to keep his regime in power, have disappeared from Maadi’s streets. Cafes no longer have to pay bribes to corrupt cops just to put their tables out on the sidewalk.

There are a number of western chains here (McDonalds, Auntie Annie’s Pretzels, Burger King, Chili’s), but don’t let that throw you off. The Hadayek Market , is a great place to buy spices, fruits, and vegetables. Massive pendulums of bananas hang from the ceilings of its fruit stalls; its crates of Jaffa oranges, yellow apples, and small sour green plums are almost impossible to resist. 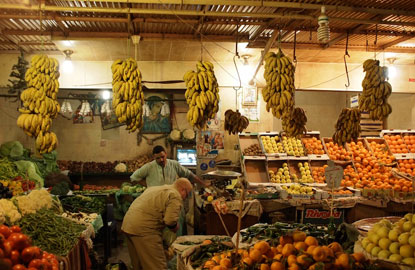 If you’re more adventurous, buy freshly-skinned meat from a butcher. Odds are, you can negotiate its preparation at any one of the market’s numerous tiny grills—which normally serve fried cauliflower fritters, fava bean stew, and tameyah—the spiced chick pea fritters that you soak in a salty yoghurt sauce.

Hadayek also has a number of carpentry and upholstery workshops, where artisans make furniture for Cairenes. Ask to see a demonstration; craftsmen are generous and will often let you into their workshops. Many artisans, such as the eclectic, modern boutique, Nok Nok Good Wood will make custom pieces at reasonable prices—and ship them anywhere in the world.

Yet Zamalek is not to be overlooked. It has some excellent—and relatively undiscovered—gems. Its farmers’ market is open from 11 am-3 pm every Saturday (in front of the NÅ«n Holistic Medicine and Yoga Center), and has a wealth of unusual products and local organics—like dried jute leaves, silver spinach, and red endive.

Also on Zamalek is the El Sawy Culturewheel, a venue for a range of musical programing. Check out their English-language calendar for an up-to-date schedule. There’s a different event almost every night—whether it’s traditional folk music, the Sakia puppet theatre, or contemporary Cairene jazz. Tickets are inexpensive.

After the performance, you can walk to The Bakery Shop, arguably the best of the many bakeries on the island. My favorite item at The Bakery Shop is the basterma croissant.

Basterma is a kind of Egyptian pastrami popularized by the Armenian immigrants who flocked to Cairo in the early part of the twentieth century. It’s a lean cut of beef that’s dry-cured with salt—then finished with fenugreek, cumin, paprika, allspice, and pepper. Combined with flaky, buttery French pastry, it’s an unexpected—and rewarding—fusion of Egyptian and European tastes.

Take your croissant and continue walking to the middle of the Sixth of October bridge. Stand there and admire the view out over the Nile. The city is seven thousand years old. You are not the first visitor to be astonished by its beauty, its complexity, and its simple joys.

Pauls Toutonghi is a first-generation American. He has been awarded a Pushcart Prize, and his writing has appeared inSports Illustrated, Zoetrope, One Story, and the Boston Review. His latest book, Evel Knievel Days was released last month. He lives in Brooklyn.