News Apeksha Bhateja What Are the Chances You'll Get Monkeypox at a Hotel?
NewsDiscovering Old Shanghai

By Kim Fay, author of The Map of Lost Memories

My fascination with Shanghai began when I was a girl and my grandpa would show me photographs from his time there as a sailor in the early 1930s. Years later, when I began writing The Map of Lost Memories, which takes place in 1925, I knew in my heart that the novel must open in the former Paris of the East.

As a result of the First Opium War, Shanghai was forced to open its port to foreign trade in 1842, and in the years following WWII, it was a cosmopolitan city with distinct British, French, American, and Japanese communities, as well as a growing population of White Russians fleeing the Bolsheviks. A passport was not required for entry, industry flourished on a sturdy platform of rampant corruption, and multicultural influences abounded, all of which contributed to the city’s mass of contradictions and reputation as a lawless, decadent place.

Today, after four decades of staunch Communism and a few more spent gearing up for its comeback, Shanghai is once again an international hub. And while it boasts a skyline that can compete with the best of its 21st-century brethren, it has maintained more than a few traces of its past. 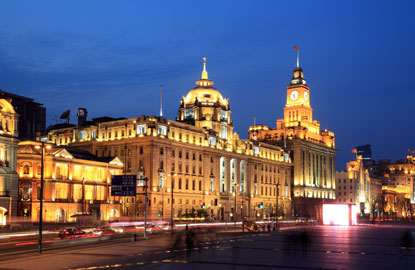 When my main character, Irene, arrived in Shanghai, her first sight would have been of The Bund, a stretch of waterfront along the Huangpu River. Although surrounded by evidence of Shanghai’s progress, the architecture here has been left, for the most part, untouched. Strolling the promenade, you can see landmarks like the former Hongkong and Shanghai Banking Corporation (built in 1923) and the Shanghai Club Building (dating to 1910, and now part of the Waldorf Astoria hotel). The restoration of design details makes it worthwhile to explore the buildings that are open to the public, but I also think that if you want to get a real feel for the past, you should make your way to The Bund at dawn. Standing on the promenade, turn your back on the river, and with the Pudong business district behind you, gaze out at Old Shanghai. 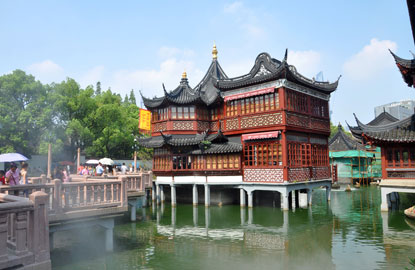 When I first traveled to Shanghai in 1999 to research my novel, I sought out the area known in the 1920s as the "Chinese city." While there I came across this historic teahouse, which offers a lovely example of traditional Chinese architecture. It sits on stilts in the middle of a small lake between the ancient Yu Garden and Yuyuan Bazaar, the latter a perfect place to hunt for vintage advertising posters and other treasures. Stepping inside the teahouse feels like entering a time travel machine. Wait for a table by the window (evenings are less crowded) and linger over your tea. 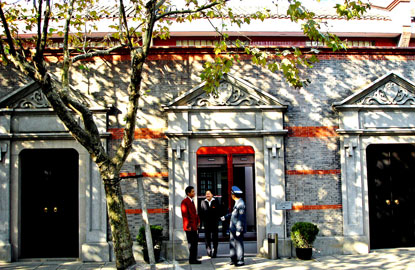 Museum of the First National Congress of the Chinese Communist Party

In 1921 the First National Congress declared the founding of China’s Communist party, which plays a crucial role in the opening chapters of my novel. The site of this congress is now a museum where visitors can learn about the history of Chinese Communism, as well as view a wax diorama of the secret meeting’s attendees, including a young Mao Zedong. Ironically, the development of the surrounding area has put the museum on the edge of Xintiandi, a capitalist enclave of restaurants, boutiques, and bars. Although this complex is new, it will appeal to history buffs, consisting as it does of restored Shikumen buildings, the typical Shanghai lane houses from days of yore. 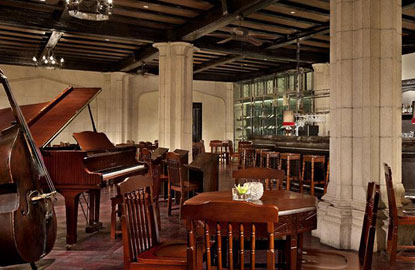 When it comes to hotspots, Shanghai won’t disappoint. Visitors can find numerous listings of bars and nightclubs in local newspapers and magazines. Among the venues, The Jazz Bar is not the trendiest. But it is the place to go if you want to sip in a truly historic setting. It is located on The Bund in the Fairmont Peace Hotel (once the Cathay Hotel, dating back to 1929). Veteran musicians and up-and-comers play in a beautifully restored setting of pillars and dark wood. The drinks from the retro cocktail list may be a bit overpriced (this is a hotel bar, after all), but the overall experience is worth it. 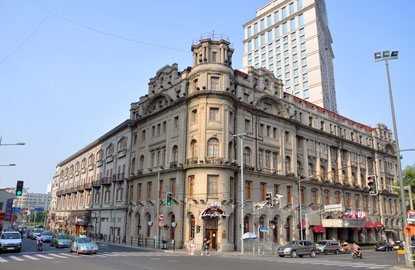 If you’re looking for immaculately renovated historic ambience, the Waldorf Astoria is a better choice. But if you want a taste of the past that hasn’t been appropriated by designers reinterpreting history, a stay here is essential. Established in 1846, this beautiful Baroque property thrived in the 1920s and is said to have hosted luminaries such as Charlie Chaplin and Albert Einstein. Rooms range from petite to cavernous, and décor is simple but comfy. The real appeal here is overall heritage atmosphere at a nice price. And a location on the north end of The Bund makes the Astor House a perfect base for your early morning stroll.

Born in Seattle and raised throughout the Pacific Northwest, Kim Fay lived in Vietnam for four years and still travels to Southeast Asia frequently. A former bookseller, she is the author of Communion: A Culinary Journey Through Vietnam, winner of the World Gourmand Cookbook Awards’ Best Asian Cuisine Book in the United States. She is also the creator/editor of a series of guidebooks on Southeast Asia. Fay now lives in Los Angeles. Her first novel, The Map of Lost Memories, is out now.