Coronavirus Leila Najafi Want to Stay in Costa Rica for Over a Year? A New Law Might Help You
Home  >  News   >   Discovering Buenos Aires’ Closed-Door Restaurants

The secret to accessing some of the most memorable meals to be had in Buenos Aires is a bit of insider knowledge and a reservation. Puertas cerradas, or closed-door restaurants, are where some of the city’s best chefs are at work, often in the comfort of their own homes, creating mouthwatering, multi-course meals. Lately, more and more of these closed-door restaurants have been popping up, leading to a new variety of cuisines and dining styles, and they’re quickly becoming the most sought-after tables in town. These are the closed-door restaurants that we think are the tastiest and most intriguing of the lot with both newcomers and pioneers in tow. 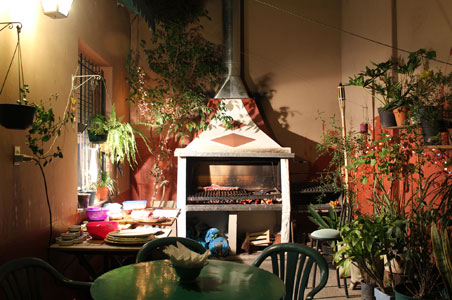 One of the most beloved traditions in Argentina is the asado, where groups gather to grill cuts of steak and socialize for hours. Commonplace for locals, tourists can sometimes miss out on the communal vibe for lack of personal, local connections. Cue Adentro Dinner Club, which hosts a weekly asado dinner party to give tourists a taste of the experience. Diners also often include locals who come to find some of the best meat in town. The Argentine asado is an art, and chef Gabriel has it down, prepping for hours out back at the parrilla (grill) before guests arrive. Gabriel and his co-owner, girlfriend Kelly, invite guests to their home in the Palermo neighborhood and dine with them at a communal table on a seemingly endless spread of assorted meats, vegetables, shrimp, cheeses, empanadas, and all the necessary fixings, all washed down with tasty wines. 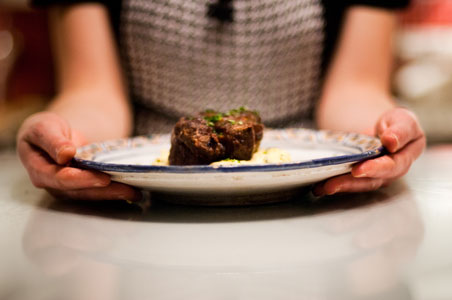 One of the newest closed-door restaurants is NOLA Buenos Aires, which has quickly garnered rave reviews. Spunky New Orleans native and chef Liza Puglia and her wine-savvy Argentine boyfriend run the restaurant out of a renovated Palermo home with high ceilings and exposed brick. The four-course menu features unique flavors you’re not likely to find elsewhere in Buenos Aires, all paired with fantastic wines. The food and ambience are inspired by New Orleans with soft jazz played in the background and fun touches like Mardi Gras masks around the room. 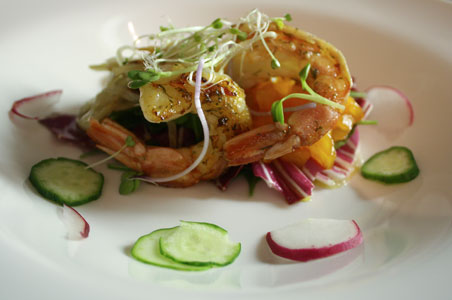 Another impressive newcomer, is I Latina. The Colombian brothers behind the operation previously ran a restaurant in Patagonia’s Bariloche, but decided to take their skills to the masses in Buenos Aires, opening I Latina in a stately home in the Villa Crespo neighborhood. The cuisine is Latin fusion, utilizing flavors originating in the Caribbean and Colombia. On Thursday, Friday, and Saturday nights Chef Santiago presents a five-course menu with optional wine pairings. I Latina is also one of the only closed-door restaurants that serve brunch, which takes place every Sunday. 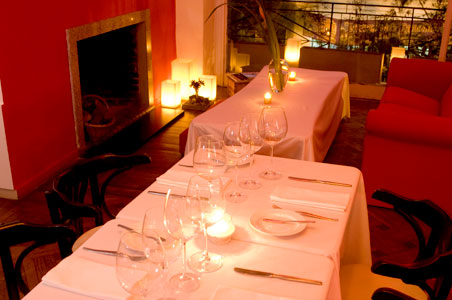 One of the best places to delve into true Argentine gastronomy (beyond the steakhouses), is Paladar Buenos Aires. Chef Pablo Abramovsky’s oft-changing menu can be described as "new Argentine," presenting familiar flavors and dishes in inventive ways. His cuisine is also inspired by his time spent cooking in Israel. His sommelier wife accompanies each glass of wine she pours with a detailed explanation, and the warmly lit dining room on the second floor of the family’s home boasts a fireplace, red accent walls, and a floor-to-ceiling windows that look onto the quiet street below. The charming couple have been running the restaurant for some years now, with the help of friends, family, and some staff, and its considered one of the best in the city. 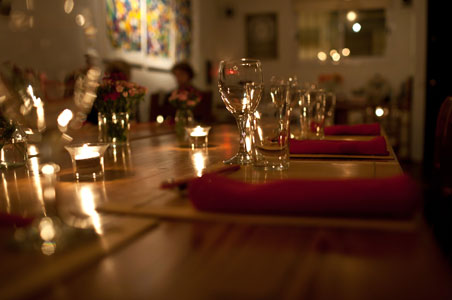 Chef Christina Sunae was one of the first chefs to serve curry in Buenos Aires. Her Cocina Sunae has made a fan out of many porteños (Buenos Aires locals), and is a much-loved, and very affordable, dining spot in the city. The menu features some of the chef’s favorite dishes from her childhood, with an emphasis on Thai and Philippine flavors. She cooks out of her home in the Colegiales neighborhood and, with the help of her small staff and husband, serves a four-course meal on the patio in nice weather or indoors in a simple, but inviting space with colorful paintings on the white walls. Wine can be ordered off the menu, as well. 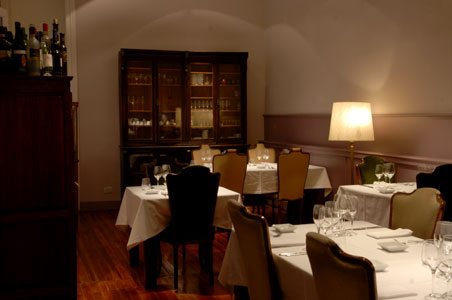 A group of sommeliers are responsible for Casa Coupage, so guests can expect the very best wine pairings. The food is mouthwatering modern Argentinean cuisine served in a comfortable, old school-style room in the buzzy Palermo Hollywood neighborhood. It operates a bit differently from other closed-door eateries, offering a la carte menus, in addition to an extensive tasting menu. Wine flights can also be ordered in groups of three, five, or seven.

Note: Keep in mind that most closed-door restaurants accept cash only. Some are only open on weekends and limited other times.