News Tina Charisma 'Regenerative Travel' Is the New Buzz Phrase, but What Does It Mean?
Home  >  News   >   Disabled Carnival Ship to be Towed to Alabama

Disabled Carnival Ship to be Towed to Alabama 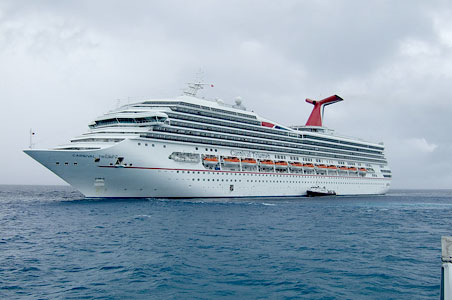 The giant Carnival cruise ship Triumph, adrift in the Gulf of Mexico since a fire damaged its electrical system on Sunday, will be towed to Mobile, Alabama by Thursday, USA Today reports. Two tugboats will push the ship, and its 3,143 passengers, and 1,086 crew members, none of whom were hurt in the engine room fire. The Triumph was on day three of a four night cruise when the fire occurred. It was contained by the ship’s automatic systems, but not before doing damage to some parts of the electrical system, including those needed to, you know, move forward.

Perhaps worse than being left adrift, however, is the, ahem, discomfort of the passengers, who are dealing with disabled air conditioning, elevators, and toilets throughout much of the ship. Passengers reported sewage running through the halls of the ship, says CNN, and some slept on deck to escape the smells below.

As of yesterday, power had been turned on in some elevator systems, toilets, and to the ship’s Lido buffet, allowing for hot coffee and limited hot dishes. The Coast Guard and another Carnival ship have provided aid to those on board, including the evacuation of a passenger in need of dialysis.