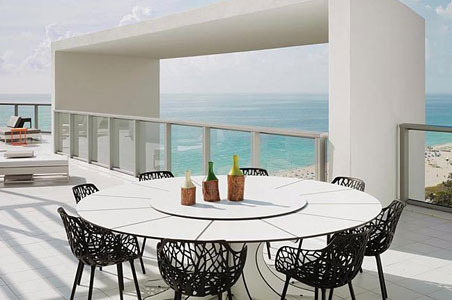 Delta Airlines and Starwood Preferred Guest (SPG) have announced an industry-first partnership—Crossover Rewards —allowing reciprocity of benefits for members of their loyalty programs. While earning points on Delta for stays at Starwood member hotels has previously been possible, this newly announced arrangement takes on a whole new level of integration, with premium benefits for elite members and points earning available across both programs at the same time rather than requiring the customer to choose only one. The new program takes effect on March 1, 2013.

The benefits are focused on the elite members for each program. On the Starwood side, Gold and Platinum elites will be eligible to earn points based on the price of their flights on Delta; the rate is one Starpoint per dollar of fare, excluding taxes and fees. Additionally, Platinum elites will be permitted to check one bag for free, use the SkyPriority lines at the airport, and board as part of Group 1, some of the earlier passengers to get on board. They will even be eligible for complimentary upgrades on most Delta flights. This grants them most of the same benefits as a Silver Medallion member on the day of travel.

For Delta members there will be reciprocal earning for stays at Starwood hotels at the rate of one point per dollar of the room rate; additional services at the hotel will not earn SkyMiles. For Delta Platinum and Diamond members the benefits when staying at Starwood hotels will be even better. They will essentially be treated the same as SPG Gold elites when at the hotel, including access to upgraded rooms, late checkout, and complimentary internet access.

The Starwood/Delta Crossover rewards are a great move forward in increasing benefits for loyal customers while also demonstrating the partnership opportunities available for hotel and airline programs. This arrangement may be the first step towards even tighter integration more broadly in the industry.