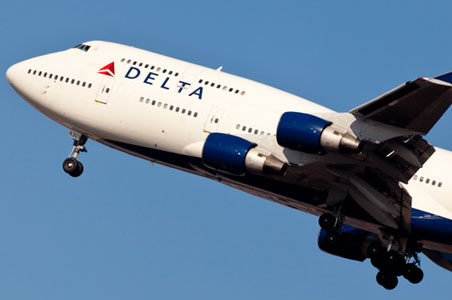 UPDATE: A deal has been reached between Delta, Singapore Airlines, and Virgin Atlantic which will see Delta acquire a 49% ownership stake in Virgin Atlantic for $360mm. Delta’s stake will come from Singapore Airlines; Virgin Group, headed by Sir Richard Branson, will retain their current 51% share and control of the company. The Virgin brand and operating certificate will remain intact. The deal is still dependent on approval from regulators on both sides of the Atlantic.

Delta Airlines is looking to make a big splash in London. The carrier is reportedly in advanced talks to purchase a 49% stake in Virgin Atlantic from Singapore Airlines. Delta would hopefully add Virgin Atlantic into the SkyTeam alliance and include the carrier in their trans-Atlantic joint venture operations. This would allow for coordination of frequent flyer programs and benefits as well as sharing of revenues and coordination on pricing and marketing efforts in certain markets. Also, as the second largest holder of the coveted slots at London’s Heathrow airport there would be a number of opportunities for Delta to benefit from access to those operations.

Delta cannot buy a controlling ownership stake due to EU regulations but Air France/KLM Group is also reportedly looking to pick up a small stake in the company. If successful that would give the combined SkyTeam partners control of the carrier; for the first time since its founding in 1984 Sir Richard Branson would not be running the show.

Even without the controlling interest by way of Air France/KLM, the Delta ownership stake could lead to significant changes in the way Virgin Atlantic operates. The carrier currently is independent from the major global alliances, limiting its ability to share traffic or revenue on routes feeding into and out of its London hub. And with the recent purchase of bmi by British Airways parent IAG Virgin’s largest partner in the region was lost. They need some sort of shakeup in order to survive. Virgin Atlantic had previously indicated that they were looking towards joining an alliance and this move would be in line with that plan.

It is not clear if Branson is ready to cede control of the carrier yet. Some reports have him ready to sell a stake to Air France/KLM while others say he’s unlikely to pursue that aspect of the proposed deal. And there are many other factors still at play with regulators on both sides of the Atlantic. Still, the suggestions of alliance membership and Singapore Airlines’ long-standing desire to divest their share make this a story to keep an eye on. It could significantly change the market in trans-Atlantic flying.