News Samantha Linnett Is This Budget Travel Hack Worth the Risk?
NewsDelano Hotel opens in Marrakesh 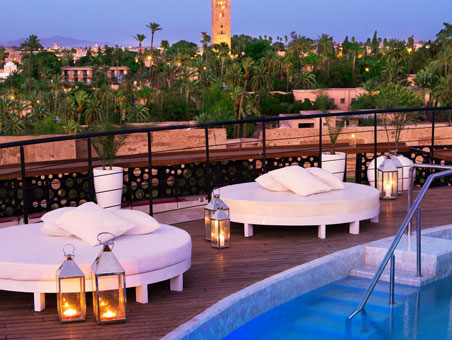 Mention the Delano Hotel and most people think of South Beach but as of September 2012, there’s a new Art Deco Delano property on the landscape: in Marrakesh. As with many of the other hotels operated by parent company the Morgans Hotel Group, there is minimal signage marking the new Delano, but the hotel’s funky black-metal façade immediately announces a scene-setting presence among the refined red-stone hotels and residences in the posh Hivernage area outside of the Marrakesh’s frenetic medina.

Enter the lobby and you’re leaving Morocco behind: the interior is unmistakably Jacques Garcia, with lush purples, dark velvets, and dramatic contemporary art—and an international jet-setter clientele milling about, waiting for the party to get started. Because the Delano Marrakesh, like it’s sister hotel, is about the scene, and the rooftop terrace, with lounge beds, moat-like pool, and open-air seafood restaurant is the place to head—for soaking up the desert sun during the day, and partying at night. Rooms are understated but luxurious; you’ll feel pampered without being overwhelmed. Hotel amenities include a vast subterranean spa for rejuvenating after last night’s party, and for primping before the next round: try a spa or hammam treatment, then relax by the inky dark underground pool. 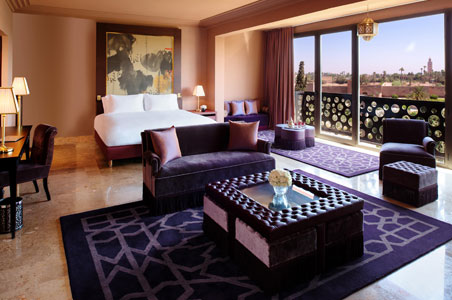 There are 44 deluxe rooms and 27 suites; three pools including the roof-top pool, the spa’s pool, and a ground-floor pool by the lobby restaurant. WiFi is free throughout and breakfast is included in the rates.