News Nicole Brewer The Dating (Mis)Adventures of a Single Black Woman in the Middle East
Home  >  News   >   Paris: Save vs. Splurge

Paris: Save vs. Splurge 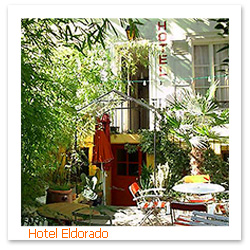 Paris is a dream destination for affluent travelers, but spending a fortune here isn’t a fait accompli. Let us introduce you to Paris Lite.

State of the Arts
Maybe it’s the location by the Louvre, or perhaps it’s the timeless décor and tasteful color palette. Whatever the reason, Hotel Meurice is a longtime favorite with art lovers and artists. Notable among the latter is Salvador Dali, who’d stay for a month at a time. But it’s unlikely you’ll do the same — after all, doubles cost €620- €850 a night. Thrifty vacationers can find inspiration instead at the Hôtel Eldorado, a budget beauty decorated with antiques and flea market finds. This hotel oozes bohemian chic, and its Batignolles neighborhood attracts fledgling artists. Moreover, Montmartre — the former stomping ground of Renoir, Pissarro and Toulouse-Lautrec — is just minutes away. Doubles are €50-€75.

Dining with the Stars
There are plenty of star chefs in Paris, and they charge star prices at their Michelin-rated restaurants. Down-to-earth foodies, though, needn’t go hungry. Several leading culinary lights also operate satellite eateries that focus on affordability. Alain Dutournier offers brasserie-style dining at Pinxo, off Rue Saint-Honoré, five minutes from his two-star flagship Carré des Feuillants. Christian Constant, having embraced both the “back to the bistro” and “small plate” trends, goes causal at Café Constant, near the Eiffel Tower, just steps from one-star Violin d’Ingres. And Hélène Darroze follows suit at Le Salon, downstairs from her two-star eponymous restaurant in the Latin Quarter.

Take a Pass
While major churches and municipal museums are free, many popular sites aren’t. So a two-day Paris Museum Pass is just the ticket. It admits you to more than 60 attractions, including new must-sees (such as Musée du Quai Branly) plus old favorites like the Arc de Triomphe, Louvre and Musée d’Orsay. Entrance to those four alone costs more than the €30 pass price; so the card is good value. Plus, by letting you jump queues, it saves you time as well. To maneuver between sites, consider a two-day Batobus pass (€14). With their glass roofs and tourist-friendly routes, batobuses combine the convenience of the métro with the charm of a pricey Seine cruise. 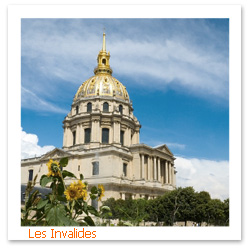 Model Citizens
Hope to see one of Paris’ fabled couture shows? Without an invitation in hand c’est impossible. If yours got lost in the mail, Galeries Lafayette comes to the rescue. Each Friday at 3 p.m., frugal fashionistas are welcome to watch as models mount the catwalk in the iconic department store’s Salon Opéra. Featured outfits from names like Jean-Paul Gaultier and John Galliano come with hefty price tags attached; but the 30-minute “performance” (with English commentary) is free. Rival store Printemps hosts its own free fashion shows across the street. Models take to the runway at 10 a.m. Tuesdays on the seventh floor of the Printemps de la Mode building.

Tour de Force
When you’re ready to see what lies beyond the city, try a tour of Versailles. The opulent, over-the-top home of the Sun King and his ill-fated offspring lures more than three million visitors per year, many of them on package daytrips. Viator offers an eight-hour $185 version that includes admissions, lunch and transportation from your hotel. However, if you’re prepared to hoof it to the train station and trade a comfy minivan for the RER, you can do the same circuit with SNCF’s weekday combo ticket for €21.45. Throw in lunch at La Flottille, where the daily menu is €25.50, and you still save big.

Feeling haut, haut, haut
You simply cannot go home without hitting the stores. Of course, whether you can afford to buy anything in them depends on which ones you pick. In the trés chic Golden Triangle (bounded by the Champs-Elysées, Avenue George V Marceau and Avenue Montaigne), most of us will be reduced to léche-vitrines — or “window licking,” the French term for window shopping. Yet in suburban Marne-la-Vallée, a 35-minute train ride east, bargain hunters can load up on designer goods at La Vallée Village. Located near Disneyland Paris, this outlet mall has an A to Z of retailers (think Agnés b. to Zadig & Voltaire), and prices from 33% to 60% off.

It’s no lie—Paris is perfect in May. Here are more tips for making the most of your upcoming trip: