Coronavirus Apeksha Bhateja Is It Safe to Attend a Bubble Concert? Eh...Maybe Not
Home  >  News   >   Cunard to Circumnavigate Australia in 2014

Cunard to Circumnavigate Australia in 2014 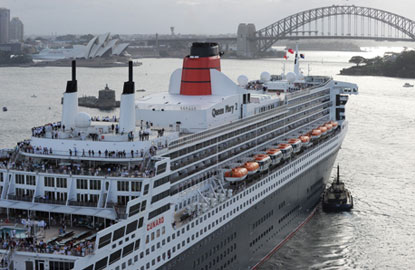 Back in 2010, Cunard announced that it would take its flagship Queen Mary 2 "Down Under" during its 2012 World Cruise. There was a flurry of bookings for the voyage dubbed the "Royal Circumnavigation of Australia." The 28 days that QM2 spent in Australian waters earlier this year were a resounding success, so Cunard is returning to the country in February 2014.

The 2,620-passenger Queen Mary 2, the largest cruise ship to ever call on Australia, will visit seven ports in the country—Freemantle, Sydney, Melbourne, Brisbane, Whitsundays, Darwin, and Adelaide—plus Bali, Indonesia.

Travelers can book one of four full circumnavigations, including a 22-day option from Fremantle departing on February 12 and 23-day voyages from Melbourne (February 17), Sydney (February 19), and Brisbane (February 21).

Pre-registration for these cruises is open now and the voyages officially go on sale on August 20. If you’re interested, book now.

"When we announced Queen Mary 2‘s first circumnavigation back in 2010, we had a record number of bookings made with the first day. Cunard bookings from Australia surged again when she undertook the historic voyage earlier this year," noted Cunard president and managing director, Peter Shanks.

Cunard will release detailed information about the line’s 2014 World Voyages program on August 20.