News Apeksha Bhateja What Are the Chances You'll Get Monkeypox at a Hotel?
NewsCuba: Trips Resume as New Licenses Are Granted 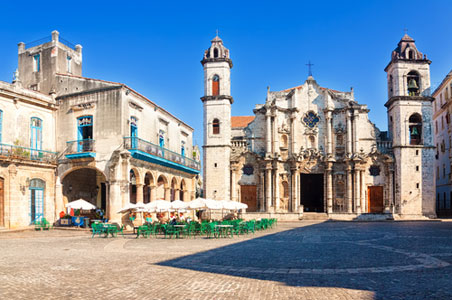 Travel restrictions between the US and Cuba are softening, as American tour operators gained traction on obtaining licenses for offering further trips and tours in the country. In January 2011, the Obama administration had begun easing limitations, but new restrictions were put in place in May 2012 by the US Department of Treasury’s Office of Foreign Assets (OFAC) due to growing criticisms of the more lenient policy. This forced many travel operators to reapply for their licenses. Granting of the new and renewed licenses was then held up for the duration of the summer, at least according to a few of these companies.

Now, new tougher restrictions require the tour companies to describe itineraries in full detail, with specific justification for each activity. Under OFAC’s rules, visitors to Cuba cannot participate directly in tourist activities, nor can they interact with members of the Cuban government, until the 50-year-old embargo on the country is lifted.

This has forced some tour operators to amend their programs, according to the Huffington Post, either by adding more scheduled and organized activities, or by removing anything appearing to violate the restrictions (i.e. visits by operator Insight Travel to Casa de la Amistad, where visitors had an an opportunity to meet with speakers, some potentially from the government).

But with the issuing of about 20 licenses in the last month and a half, travel will once again pick up to Cuba, at least in some form, even as Americans mark the 50th anniversary of the Cuban Missile Crisis, the start of the embargo, and a tense relationship between the administrations, which restricted the travel ever since.

On the heels of these renewed licenses for Americans traveling to Cuba, it has been reported that travel restrictions for Cubans are being loosened as well. Reuters reports that starting in January, Cuban citizens will be able to leave the country without the paperwork that’s currently necessary—an exit visa and a written invitation from someone in the country they’re going to.