Cruise Checklist: 11 Must-Dos to Prepare for Your Trip

It’s peak Caribbean cruise season as everyone seeks to escape the winter weather. Here are 11 things to keep in mind before you board the ship, for both first-time cruisers and seasoned regulars. 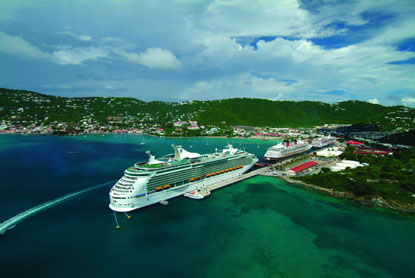 1. Anticipate the extra costs. Most cruises are not all-inclusive, so extras—such as beverages (alcoholic or not), shore excursions, specialty restaurants, spa treatments, onboard video games, laundry and dry cleaning, and Internet-use—can add up. Cruising is still an excellent value, but be sure to factor in all related costs. The cheaper the cruise and the bigger the ship, the more likely you are to have to pay for extras.

2. Budget for tips. Most ships these days automatically add a gratuities surcharge of $10 to $15 per person per day to your account at the end of the cruise. Staff members are rarely tipped in cash, as in the past, and you aren’t expected, for example, to tip the person who brings your bags to the cabin (especially because they are usually brought by your cabin steward). You can usually adjust the gratuity charge up or down before disembarkation. Room-service waiters are usually tipped in cash (a dollar or two is sufficient), and some cruise lines request that you give a separate tip to waitstaff in specialty restaurants. But be sure to budget for the gratuities; the salaries of the hard-working crew members depend on it.

3. Don’t overpack. The average cruise-ship cabin is about 170 to 200 square feet, about half the size of the average hotel room. Although you can get away with a lot, you’ll be much more comfortable in a cabin this size if you pack as lightly as possible, with just enough clothing—and variety of clothing—to get by.

4. Consider a ship’s dress code. Not all ships require you to dress up for dinner anymore. On Norwegian Cruise Line ships you can now even wear jeans to the main dining room at night. Other ships, such as Celebrity and Holland America, have more formal nights. During the day, all ships are universally casual.

5. Know the ship’s electrical specifications. Most of the large cruise lines provide U.S.-style current and plugs, but some international ships, particularly those sailing in Europe and Asia, may have other electrical standards. Be sure to verify that before you cruise. Almost every ship provides a hair dryer, so there’s rarely a need to pack one.

6. Find out what toiletries and amenities are in cabins. Almost all cruise ships provide shampoo and soap (though it may be liquid shower gel), beach towels, and hair dryers; some provide conditioner and other toiletries, but if you need something specific, always ask. Almost no cruise line allows irons in cabins (they are considered a fire hazard), but some lines have coin laundries with irons or separate ironing rooms (on a few lines the use of self-service laundry is free). Royal Caribbean and Norwegian Cruise Line ships (and those of several other lines) do not have self-service laundry rooms. More upscale cruise lines typically provide a much more extensive array of amenities.

7. Make a list of important items to pack. It can be expensive or difficult to buy seemingly common household products at sea, or if you can buy them the prices are exorbitant. Some often-forgotten, useful items include: an alarm clock (few cabins have them), batteries, feminine hygiene products, insect repellent, sunscreen, over-the-counter cold remedies, sandals, sports gear, sunglasses, and a light windbreaker.

8. Bring along some cash. There are circumstances that will warrant it, even on an all-inclusive trip. And although some ships have ATMs, they often have huge surcharges. You’ll need cash for the casino on board, and you will also need some cash on shore. Though ATMs are common in most ports, they can still be hard to find in some places.

9. Look into details about your cabin’s beds. Bed configuration is key. On most newer ships cabins come with two twin-size beds that are usually pushed together to create a king (though your cabin steward can separate them). On some older ships the beds are nailed to the floor and may be laid out in an L-shape configuration. Sometimes you can figure this out from cruise-line brochures, but it’s safest to ask your cruise line or travel agent to confirm this information before you book.

11. Check your documents. With luck, you’ve been so busy preparing for your cruise that you haven’t had time to worry about your tickets and your cruise documents. Then a couple of weeks before your departure, they arrive. When they do, make sure to check your tickets over immediately and carefully. Usually they’re perfect. But mistakes do occur. If you’ve bought an air-and-sea package, check your airline tickets. Make sure you’re ticketed for the right dates, from the right airport, and to the right destination.