News Quia Bethea Why Are so Many Ex-Pats Moving to Spain? (And How You Can, Too)
Home  >  News   >   Voyages to Antiquity: Sailing to Myanmar

Voyages to Antiquity: Sailing to Myanmar 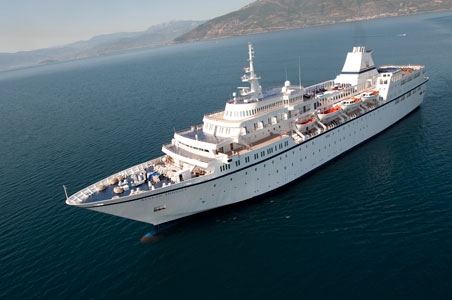 Launched in 2010 with a series of itineraries anchored on highlighting the history and culture of ancient Mediterranean civilizations, UK-based Voyages to Antiquity has branched out this fall to feature culture-focused cruises to the fabled ports of the Far East. I set sail aboard one of their inaugural Oriental voyages to Myanmar, Malaysia, and more, where shore excursions and expert onboard lecturers brought history to life on the high seas.

The late November voyage, which sailed from Sri Lanka to Singapore (including a two-night pre- and post-cruise hotel extension in both Colombo and Singapore), took in this year’s "it" spot of Myanmar, where I joined the ship in Yangon. Virtually virgin ground for modern-day cruise ships, the Aegean Odyssey made her way up the Yangon River to moor in the old colonial capital, where excursions brought guests to the 2,600-year-old shimmering-gold Shwedagon Pagoda, and out to nearby Bago for encounters with local monasteries and a massive 180-foot-long reclining Buddha.

Voyages’ cruise rates are inclusive of excursions in all ports, led by local English-speaking guides—for their first run in the region, I was impressed by their relatively glitch-free on-ground arrangements. A handful of optional, for-fee excursions were also available: In Myanmar, (pricey) air-inclusive excursions could be booked to survey the gold-domed stupas of Bagan or to encounter the religious and cultural center at Mandalay. 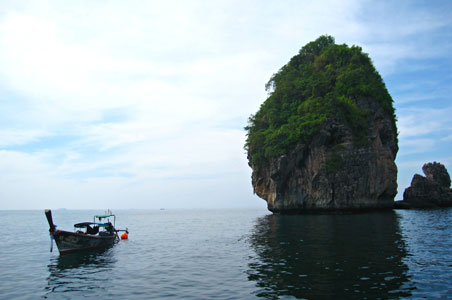 Further on, a call in Phuket brought a memorable snorkeling stop in the Phi Phi Islands, a Thai national park with powder-white sands, soaring cliffs coated in lush greenery, and crystal-clear waters, while Malaysian calls in Malacca and Penang offered glimpses of old UNESCO-protected colonial cities. Singapore proved a fascinating finale at a cultural crossroads and gastronomic capital, where ancient Chinese, Indian, and Malaysian traditions and cuisines unfolded in the shadow of a modern skyline.

All the while, back on board, the seven-deck Aegean Odyssey offered plenty of nooks and crannies to pass the time in between ports, with an understated decor oozing soft color schemes, and a relaxed onboard atmosphere that was neither formal nor stuffy. Guests could converge in the internet café or wood-paneled library; opt for some wellness and pampering in the a small spa, salon, or fitness center; catch some rays at the top-deck pool; hit up a handful of bars and lounges (the site of evening performances by a string trio, pianist, or vocalist); or take in lectures in the main theater. Dress onboard was country-club casual, short of a slightly dressier—but not formal—captain’s dinner.

The enrichment-focused cruises feature a rotating slate of guest lecturers, an assortment of invited professors, historians, former ambassadors, writers, and more, who offer expertise related to the region. Our sailing featured both a current representative from the British Embassy in Yangon, and a former UK ambassador to Myanmar. Apart from the lecturers, a fun and feisty English cruise director added a warm touch to onboard events, while the largely Filipino and Indonesian crew were detail oriented and smile prone.

Open-seating dining venues include the more formal Marco Polo restaurant and the casual, buffet-style Terrace Café, with its adjacent outdoor dining terrace. Each feature solid fare with Mediterranean- and American-inspired menus highlighting a sprinkling of local Asian dishes; wine, beer, and soft drinks are included with dinner. A light breakfast alternative is available at the poolside deck, afternoon tea in the Terrace Café, and late-night snacks in the Charleston Lounge. 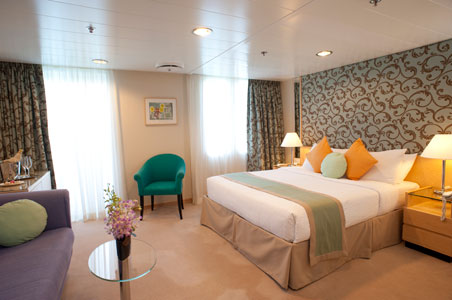 Voyages to Antiquity largely targets a UK- and US-based clientele, with some Canadians, Australians, and a sprinkling of other nationalities thrown in. Passengers, averaging in their mid-60s, were well-traveled—many I spoke to were repeat cruisers with the line who had sampled their Mediterranean offerings and were eager to set off for new terrain. Mostly history buffs and culture vultures, so don’t expect a late-night party crowd, and do leave the kiddies behind (there were no children on my sailing nor any programs catering to them).

My sailing was the second of nine itineraries slated for their first Far East winter season, which kicked off in November and will run through March 2013 (the 2013/2014 winter cruise season will pick up again November 2013). Of the three Myanmar-inclusive sailings for their inaugural Far East season, only the 14-night Singapore and Burmaâ€”Lands of Contrast remains, sailing round-trip from Singapore to Malaysia (Kuala Lumpur, Penang, Malacca), Thailand (Phuket), and Myanmar (Yangon), embarking on February 16 (rates from $3,845; including a two-night hotel stay in Singapore—book by December 31 and save up to $1,000).

For next year, a soon-to-be-announced 17-night voyage from Sri Lanka to Singapore will include port calls in Myanmar (Yangon), Thailand (Phuket), and Malaysia (Penang, Malacca), embarking on November 29 (rates from $4,995/person—book by March 31 and save up to $1,200). All fares include guided shore excursions, gratuities, wine or beer with dinner, and pre- or post-cruise hotel stays at select ports.