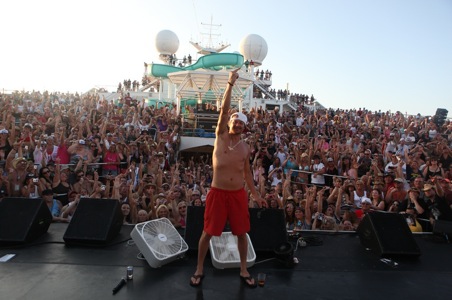 What’s that? You vacationed with Kid Rock and went sailing with the guys from Lynyrd Skynyrd? Welcome to concerts at sea. A relatively new phenomenon, they’ve become wildly popular during the last few years (and not just for the easy bragging capabilities). It’s easy to see why—imagine your vacation aboard a luxury cruise ship with all of its over-the-top offerings; now add exclusive concerts staged by your favorite rock stars.

These days you can find a concert cruise to suit just about everyone, no matter what your musical tastes may be. Some events are devoted to the good old days, like this year’s Cruise for Beatles Fans or the Oldies but Goodies Doo Wop Cruise. Other cruises—like last year’s S.S. Coachella and the recurring Rock the Boat—take a festival approach and bring together a variety of artists. Then, of course, there are vacations devoted to one artist or band. John Mayer has sailed with his fans, as have the Bare Naked Ladies. This year, music aficionados can book a cruise with Kid Rock, KISS, Alabama, Lynyrd Skynyrd, and others.

These events at sea offer a lot more than just a single concert. Most often, you’ll be treated to two or more shows, go to lectures with guest speakers (maybe the artist’s record producer or a studio musician who’s sat in with the band), take part in Q&As with the artists themselves, and even occasionally have the chance to have your picture taken with the band.

Concert cruises are almost always charters, so you’ll book with the event’s promoter instead of the cruise line. Sixthman is a leader in this field, so sign up for their e-newsletter if you want to be alerted whenever booking begins for one of their music festivals at sea. 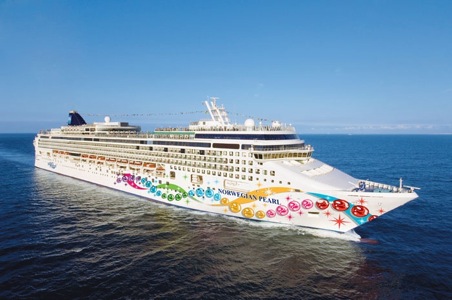 The Rock the Boat Lucky XIII

Featuring Sister Hazel and other artists

Featuring the Platters, Medallions, Little Caesar, Sam Cooke, and others