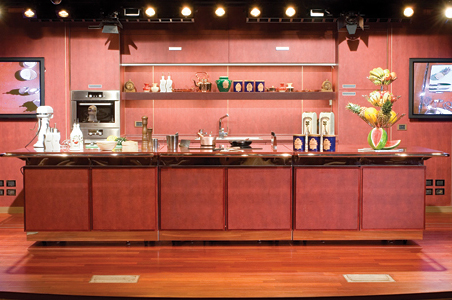 Cruise lines have long embraced foodies. Despite being miles out at sea, cruise ship chefs work to offer up mouth-watering menus that rival the most buzzed about restaurants on land. Many cruise lines are also partnering with renowned chefs, inviting them on board so guests can glean cooking tips and techniques, and enjoy meals designed especially for the occasion. From Top Chef: The Cruise to Nobu Matsuhisa’s appearances onboard Crystal Cruises, it’s a trend that has grown leaps and bounds over the last decade or so.

Holland America’s Culinary Arts Center, one of its onboard enrichment programs, is a highlight in this regard. Presented by Food & Wine magazine, the Center—installed on all of the line’s 15 vessels—includes a professional kitchen where guests participate in hands-on cooking classes, attend TV-style cooking shows, experience wine tastings, and participate in question-and-answer sessions with celebrated chefs, cookbook authors, and other noted culinary experts. 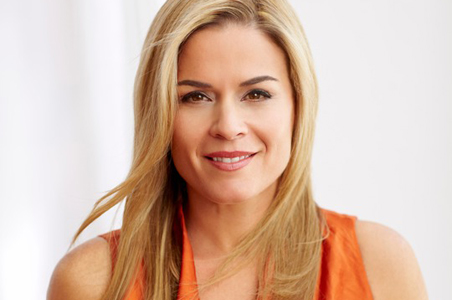 One of the highlights of Holland America’s 2013 program is an appearance by famed chef Cat Cora. She’ll sail on ms Nieuw Amsterdam‘s 12-day Mediterranean Empires itinerary that departs Venice, Italy on July 2.

Cat was the first—and only—female Iron Chef. She’s launched restaurants all over the country, including Kouzzina at Walt Disney World’s BoardWalk, at Macy’s South Coast Plaza in Costa Mesa, California, and in airports in San Francisco and Houston. In addition to her cooking skills, she also co-hosted Bravo’s television show, Around the World in 80 Plates with Curtis Stone.

Not to be upstaged by Holland America, luxury line Silversea has invited two British chefs to host Culinary Arts Voyages this year. These special itineraries are set apart from traditional cruises by dynamic cooking demonstrations that include hands-on interaction, escorted shopping trips to port markets, an emphasis on regional cuisine throughout the cruise, and a spectacular five-course "grand gourmet dinner".

Chef Jason Atherton—owner of fine dining establishments in London, Hong Kong, Singapore, and Shanghai—will host Silver Shadow‘s nine-day voyage from Hong Kong to Singapore departing November 25, 2013. Atherton spent many years as an executive chef in the Gordon Ramsey Group until he went out on his own in 2010.

Travelers with a sweet tooth may be more interested in Silver Whisper’s seven-night roundtrip sailing out of Barbados on November 8 since it will feature chocolatier Chantal Coady. She’s the founder of Rococo Chocolates and she’ll be sharing sweet secrets with Silversea passengers throughout the cruise.