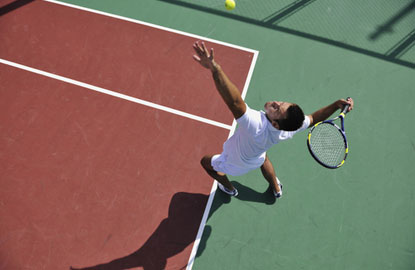 Does your perfect weekend involve watching your favorite players from the best seats in the stadium? How about actually playing with them and picking up a few pro tips? Your credit card may allow you and your family to do just that.

Right now, hotel, airline, and other rewards programs are offering ways to use your credit cards for sports experiences with celebrity athletes. And Citi recently announced a new summer lineup for its cardholders. You don’t need points, just cash, to get in on these exclusive sports experiences offered through the Citi Private Pass program.

Playing with the Pros

Citi credit or debit cardholders can get their children or themselves into sports camps coached by celebrity athletes in several different sports. Upcoming opportunities on Citi Private Pass include a ProCamp for kids age 7-14 with football stars Jason Taylor and Reggie Bush of the Miami Dolphins near Fort Lauderdale, held July 23 and 24. For $249, they’ll get seven hours of instruction and autographed pictures with the players—and you’ll get to join them for a private lunch.

Prefer golf or tennis? For $250, you can play against Bob and Mike Bryan, twin brothers who have won 11 Grand Slam championships, then watch them from premium seats at the World TeamTennis match outside Philadelphia on July 16.

Other Ways to Score VIP Experiences

Citi isn’t the only credit card issuer to offer sports experiences, though most require points, not dollars. In fact, there are credit cards designed exclusively for sports fans. Barclays Bank’s NFL Extra Points Visa will get you a ladies night out event with the Pittsburgh Steelers for 10,000 points or a Washington Redskins Kids Club Membership for 3,000.

Bank of America’s MLB Extra Bases credit card can get you suite passes to see the Baltimore Orioles play the New York Yankees at Camden Yards in September for 15,000 points. You can also use points to get your local team’s mascot to appear at a birthday party.

Golfers can get choice deals with points earned on a Marriott American Express, for example, including weekend packages at posh golf resorts. Two days of golf school at Marriott’s Faldo Golf Institute in Grande Vista Resort in Orlando, FL, or Shadow Ridge Resort in Palm Desert, CA, can be had for 150,000 points.

And right now, United Airlines is auctioning off a VIP trip for two to Crested Butte, Colorado, in August to watch the USA Pro Challenge bike race which includes four nights at the Lodge at Mountaineer Square, lift tickets and mountain bike rentals, VIP Passes for the race, shuttles to top of Cottonwood Pass to watch the highest point of the race at 12,126 feet, and airport transfers. But you better be ready to shell out some points if you want in on this. The bid is already up to 62,000 miles with two weeks remaining.

Fodors.com contributor Cathleen McCarthy is the rewards expert for CreditCards.com and covers entertainment and travel deals on her own network, Save on Cities. Her travel stories have appeared in The Washington Post, WSJ, Amtrak ARRIVE, Town & Country, and inflight magazines.