There’s a new trend in travel and it’s called slow cruising. What is it, why is it so appealing, and why has Costa Cruises adopted it for neoRiviera and neoRomantica itineraries?

Slow cruising is just what it sounds like. Cruise lines are slowing down their itineraries by spending longer at each destination—often overnighting in some of the world’s most popular ports of call. Costa Cruises decided it would devote two of its most intimate ships—neoRiviera and neoRomantica—to the concept. Costa’s neoCollection of slow cruises focuses on leisure itineraries, local wine and cuisine, and custom small-group (25 people or less) shore excursions. 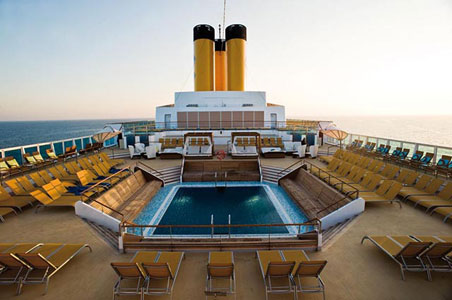 The 624-cabin Costa neoRiviera and the 789-cabin Costa neoRomantica are relatively small compared to today’s mega ships. These two vessels can visit smaller ports where the big ships can’t go and that made them ideal for slow cruising.

Prior to a neoCollection cruise, guests consult with the cruise line to personalize the vacation with shore excursions that match their particular interests. Once onboard, a dedicated concierge helps complete those arrangements as well as make shipboard reservations for events like Costa’s new candlelight gourmet "Dinner Under the Stars."

The neoCollection launches in spring/summer 2014 with neoRiviera‘s 12-day Mediterranean Heart itinerary, which departs Savona, Italy on April 11 and 22, May 3 and 25, September 12, and October 4. The voyage calls on Toulon, France; Salerno and Livorno (for Pisa and Florence), Italy; Valletta, Malta; Porto Empedocle, Sicily; and an overnight in Barcelona, Spain. (The May 3 departure also includes Genoa, Italy.) 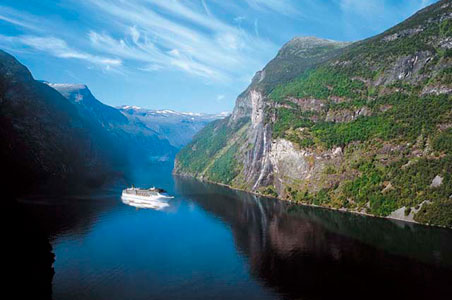 If you prefer Northern Europe to the Mediterranean, look to Costa neoRomantica and its 13- to 15-day summertime cruises bound for Baltic cities and the fjords of Norway. The Northern Capitals itinerary sails from Amsterdam with stops at Bornholm, Denmark; Helsinki, Finland; and St. Petersburg, Russia, where guests will overnight before heading to Tallin Estonia; Sweden’s Stockholm and Visby; and Copenhagen, Denmark.

The Kingdom of Light voyages, departing Amsterdam on June 1 and 13, July 21, and August 14 will feature Hellesylt and Geiranger, Norway before exploring Trondheim, the North Cape, Tromso, Olden, and Bergen.

And, for cruisers looking for a tiny bit more adventure, neoRomantica will head to the Arctic to look for polar bears. Book the July 7, 2014 voyage departing Amsterdam for this exclusive "Beyond North Cape" expedition to the Arctic Circle and Svalbard Islands.