You may be bummed about not being able to travel right now, but what of the thousands of working sailors who only want to get home?

[Note: Some names have been changed to protect identities.]

Paul, a deck officer from India, was coming to the end of his six-month contract when the novel coronavirus struck. His vessel, a 170-meter cargo ship with a crew of 20, was two days’ from the Dominican Republic, where Paul was due to disembark, when his company announced it was postponing all crew changes to prevent the spread of COVID-19.

“I almost had my flight tickets in my hand,” he says over the phone from a port on the east coast of Mexico. “I was almost ready to go home.”

Over four months later and Paul is no closer to being reunited with his wife and parents, just one of around 300,000 seafarers currently trapped at sea because of the COVID-19 pandemic.

The human resources side of global shipping, it turns out, is a pretty complicated business. Each month, roughly 150,000 people need to be changed over on the 55,000 or so cargo ships on which the world’s supply chains depend. Those crew changes are a logistical nightmare, even at the best of times. Seafarers often require multiple flights and visas to get them to and from their vessel, and the transfer window at ports is at the mercy of tight shipping schedules. Add a global pandemic to the mix–flights canceled, borders closed, visa applications suspended, quarantines imposed–and you’ve got nothing less than a total meltdown of the entire system.

Paul’s employers have told him they’ll send him home as soon as they can–and he believes them–but he also knows that, with COVID-19 raging across South America, the chances of a crew change at one of his vessel’s next few stops are slim. He’s done nine months on the ship already and is preparing himself mentally for another two or three months at least.

Bear in mind that there are no weekends or vacations when you work at sea. Could you handle a year without a day off? That’s what’s facing Paul and the thousands of other seafarers in his position.

Could you handle a year without a day off? That’s what’s facing Paul and the thousands of other seafarers in his position.

What makes it worse is the fact that Paul hasn’t set foot on land for the last five months. Usually, he’d be able to spend a few hours ashore every day the ship is in port, seeing a little slice of the world, but the novel coronavirus has put a stop to that too. Either port authorities won’t let the crew ashore at all or, worried about the risk of contracting COVID-19, Paul has himself opted to stay aboard.

“You have your free time but there is nothing much to do during that free time,” he says. “It’s only when you go outside that you can relax. Once you’re on the ship you’re only thinking about the job.”

Some seafarers have it better than others in this regard. Fadli, from Indonesia, looks after maintenance services on the cruise ship Vasco da Gama, which has been based at its homeport of Tilbury, England since cutting short a cruise in South East Asia in March. Fadli can go ashore whenever he’s not working and often takes advantage of the free shuttle buses arranged by his company, Cruise and Maritime Voyages (CMV), to take seafarers to local supermarkets and shopping malls.

Fadli should have returned to Indonesia in July, after eight months on the vessel, but will most likely be in post until September. “[It’s] strange being here three months without any passengers,” he says. The Vasco da Gama usually carries 1,200 vacationers and should have been in Norway at the time of our interview if it hadn’t been for the pandemic, but Fadli is stoical about the situation. “If I go home, nobody can replace me, and we need people for the safe running of the ship.”

He’s certainly keeping busy, able to get on with more maintenance tasks than usual with no passengers aboard. It’s his colleagues in hospitality roles that he’s more concerned about–they’ve got nothing to fill their time and, without passenger tips, their incomes have taken a massive dive. 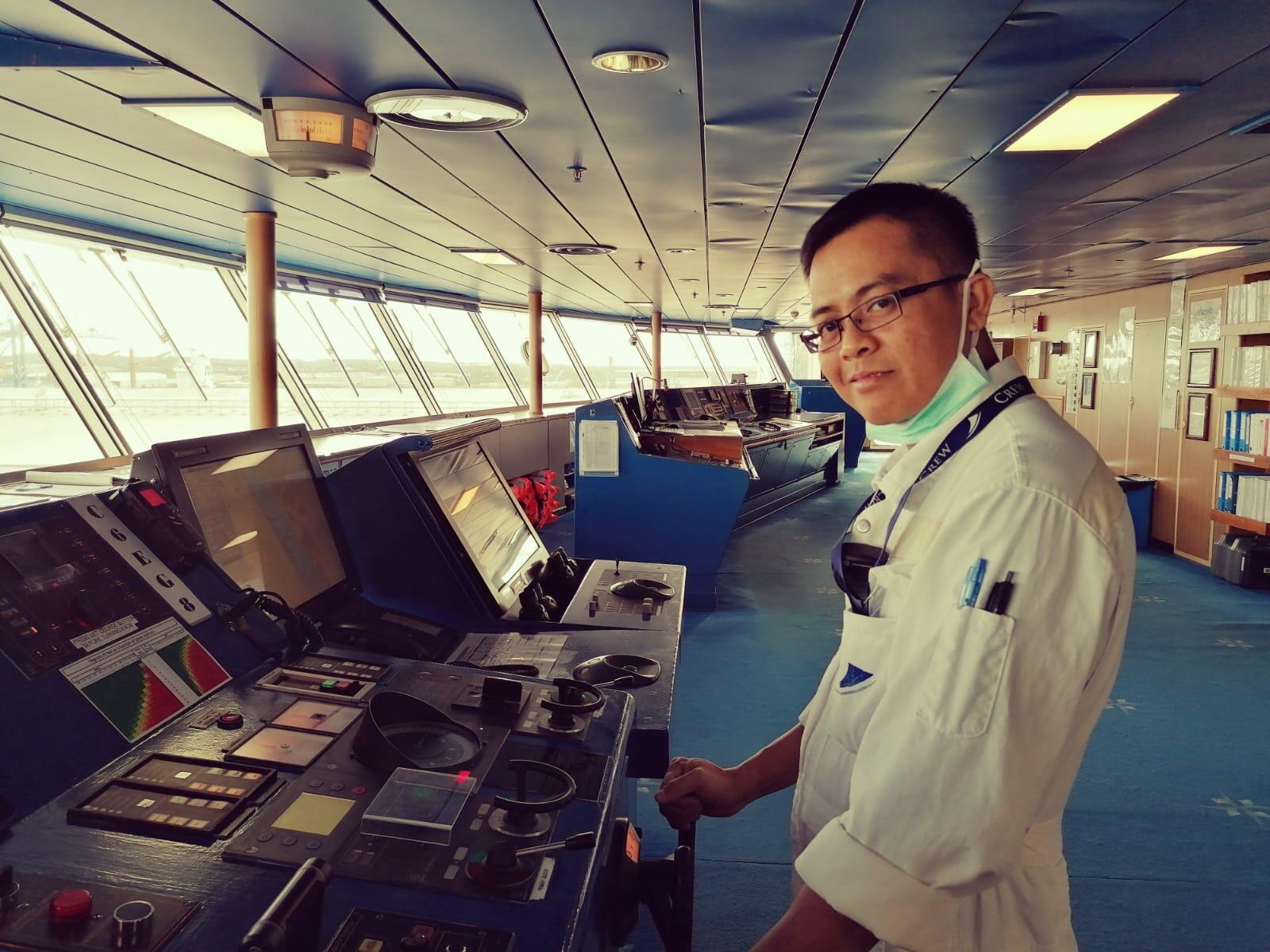 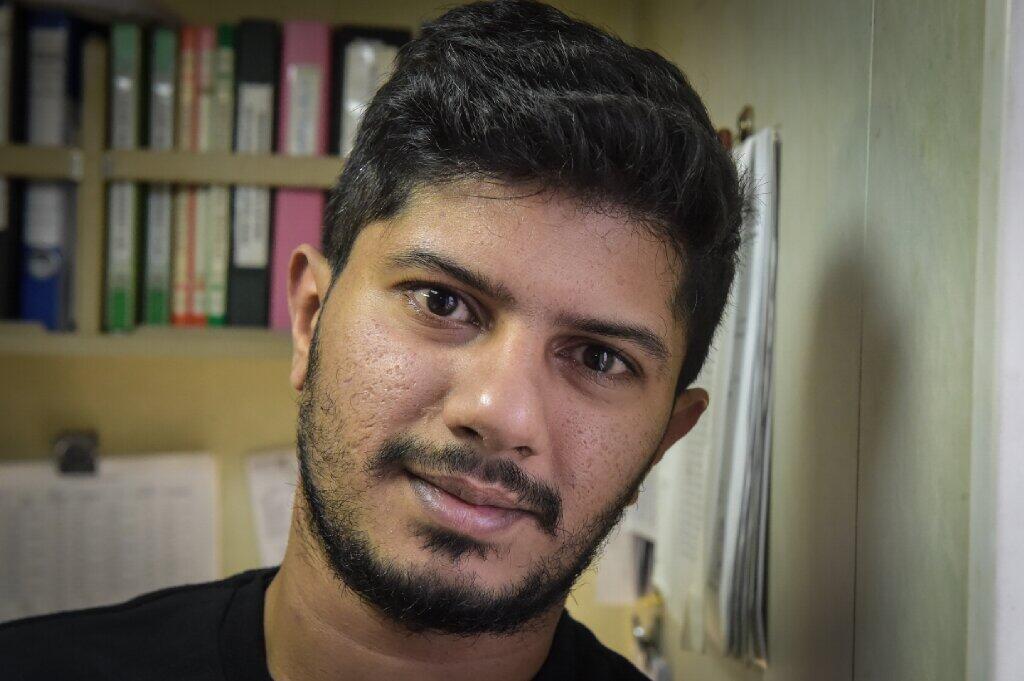 1. Fadli aboard the Vasco de GamaCourtesy of Sailors Society; 2. Paul had been aboard his vessel for nine monthsAndy Scaysbrook

Cruise ship hospitality workers are not the only seafarers for whom money is a major concern right now. Valentina, from Bulgaria, has been working on a privately-owned superyacht for the last 10 months and is desperate for a break.

“It’s the longest that I’ve ever done before, definitely much longer than I planned,” she says on the phone from the Caribbean, where her vessel has been based for the last three months.

Valentina would like to take a vacation–her year-long contracts include six weeks of leave–but is aware that if she disembarks, she may be unable to return to the vessel and would then be without an income altogether. It’s causing her considerable stress.

“I’m forced to make this choice for myself,” she says. “Either I want to go home and have a rest or I want to make money.”

Many of her fellow crew members–there are 15 of them on board, in addition to the vessel’s owner–are in a similar situation, making for a pretty febrile atmosphere.

“People are staying here for so long that some things have started to create conflict,” she says. Crew members are “overworked,” “overstressed,” and “fighting with each other.” Can the vessel be operated safely under these conditions? “Definitely not,” Valentina says.

Safety is an issue on much larger vessels too. On Paul’s ship, there have been several instances of crew members refusing or being unable to work due to stress since the COVID-19 pandemic stopped all shore leave. He recalls an engineer from Turkey who was “very upset about staying on the ship. He was not mentally present.”

In the end, the chief engineer was able to delegate the Turkish seafarer’s tasks to other crew members until the company could send him home, so the safety of the vessel was not compromised, Paul says. The next time, though, they might not be so lucky.

When you consider the fact that there are thousands of ships out there currently in the care of seafarers who have been working too hard for too long, a serious accident seems almost inevitable. That would be a tragedy for those involved but, this being shipping, it would also have major repercussions for the marine environment too.

Organizations across the maritime transport industry have come together in the wake of the coronavirus pandemic to lobby governments to remove the barriers that are currently stopping crew changes from taking place. There’s been some progress, says Rory McCourt, Maritime Communications Manager at the International Transport Workers’ Federation (ITWF), but far too many countries are still making shipping firms jump through hoops if they want to get their employees home.

Kenya, for example, is now allowing crew changes at its ports but has said that a ship must be in dock before its joining seafarers are allowed into the country: a hard thing to coordinate with limited flights to Mombasa and the unpredictability of ocean travel.

“It looks like it will be some time before the ITWF and other organizations’ efforts bear fruit. And in the meanwhile, seafarers like Paul are getting more and more despondent, trusting to the good intentions of their employers and reliant on distant support from charities like Sailors’ Society, which looks out for the needs of seafarers all over the world.

“We are not here for pleasure. We are not traveling for a vacation. We are here for the job. We finish our job, we complete our contracts, and they should be letting us go, they should be arranging something,” he says.

“I just want to get home to spend time with my family.”