Coronavirus Apeksha Bhateja You Can Now Go to Japan (Sort Of)
PHOTO: Photo by Athena Kavis on Unsplash

How are travel influencers—many of them digital nomads—working during the coronavirus pandemic?

For travel influencer Kate McCulley, the first decision regarding the pandemic was whether to stay put in Mexico City, where she’d been staying since January, or head home to Boston before borders began closing. She chose to stay for a multitude of reasons.

“You can get anything delivered via Rappi,” she says. “And Condesa [the neighborhood in Mexico City where McCulley is staying] has lots of parks where you can get outside while socially distancing. Plus, the Mexican health minister announced that all foreigners would receive healthcare for COVID-19 if they needed it.”

But she does have a contingency plan.

“If we need to flee, there are lots of flight options.”

But whether or not to flee isn’t McCulley’s only, or even biggest quandary. McCulley, who writes the popular blog Adventurous Kate, is no stranger to travel, racking up visits to 83 countries and seven continents. Her millions of blog readers and nearly 100,000 Instagram followers look to her for advice on destinations and adventures around the world, especially for women traveling solo. Her website and social media posts also earn McCulley income through paid advertisements and affiliate links, for which brands pay bloggers to include or recommend. Influencers leverage their large numbers of followers to make deals with a variety of businesses that pay her for advertising campaigns that include hotel stays, travel tours, and gear. The influencer marketing industry had become big business over the past decade, on track to be a $15-billion industry by 2022, up from eight-billion-dollars in 2019.

“Budgets for influencer campaigns can run from $20,000-$200,000,” says Jade Broadus, Vice President and Creative Director of Travel Mindset, an influencer marketing agency that matches influencers with companies willing to pay for campaigns. That’s a great gig for those who can get it. But what do travel influencers do now that travel is severely restricted, if not banned, and when even multibillion-dollar websites and publications’ ad revenue has fallen to next to nothing? The onset of COVID-19 has devastated the business. “My income is based on people researching and booking travel, and my income dwindled to close to zero,” says McCulley. “I lost 80% of my traffic due to coronavirus.” 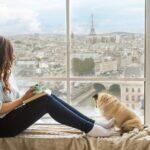 RELATED STORY
We Asked for Fascinating Stories of Lockdown Abroad. And Wow, Did We Get Them

The Worst-Case Scenario for Business

Among the uncertain are Jess and Rod Sanchez, influencers and owners of the website The Jetsetting Family, who have been traveling continuously since 2018 with their two young children. Then coronavirus hit.

“We wrapped up a road trip across the South Island of New Zealand. We were planning to spend about a week more in Christchurch, where [at the time] no cases of COVID-19 had been confirmed,” says Jess. “However, as the number of positive tests in the U.S. began to ramp up quickly, and airlines began drastically cutting their international flight schedules, we thought it would be best to return to the U.S.”

The Sanchezes considered their kids when making decisions about where to stay. “We would have been more open to staying in New Zealand if it was just the two of us. We could have booked simpler (and more affordable) living accommodations in New Zealand…however, we decided to return home to the U.S. so that the kids could be closer to family, and we could have healthcare if we needed it.” The Sanchezes are lucky—and unique—in that regard. Rod’s position in the U.S. Airforce Reserve affords the family access to healthcare.

All influencer campaigns the Jetsetting Family had been contracted for have either been postponed or canceled. And the Sanchezes’ plan to publish travel guides on their blog has been put on the back burner due to an 80% drop in traffic to their site. Instead, they’re going to focus on bringing back their podcast and launching free photography webinars as well as being active on social media.

“As travel content creators, this is basically the worst-case situation for our business.”

“It’s a tough time for influencers,” says Jess Sanchez. “Ironically, engagement [comments and likes] on social media has increased due to social distancing and stay-at-home orders, which would theoretically make influencers a more appealing option for brands to utilize. However, the pandemic has also brought about a sharp decline in many businesses’ revenues and has thus slashed marketing budgets to the point where brands are putting their influencer marketing activities on hold.

“As travel content creators, this is basically the worst-case situation for our business. However, the fact that we do have quite low operating expenses gives us the opportunity to ride out these bad times, as well as look for alternative revenue opportunities.”

So far, the Sanchezes haven’t found any immediate revenue streams to replace their drop in income, but hope their podcast will be supported by advertisers once businesses start to open. And they still hope to launch their travel book series in the coming months.

“We were planning on visiting several cities across the U.S. this summer to try to find where that home base will be, and those plans have been postponed until it’s safer to travel,” says Jess. Those plans are on hold as the Jettsetting Family rides out the pandemic in Albuquerque, New Mexico, with Jess’ parents, while figuring out a way forward with their content creation and social media business.

Influencers Stefan Arestis and Sebastien Chaneac of Nomadic Boys aren’t waiting on vaccines to develop or borders to open—they’re looking to pivot.

“[Fitness] is something that we love doing and of course, being in lockdown with gyms shut, we are reliant on bodyweight workouts at home to keep in shape. We posted a few workout videos on our social media which resonated so well with our audience that we’ve done more. There is a strong demand for home fitness at the moment as everyone else is in the same boat,” says Arestis.

With savings to keep them afloat for three to four months, they’re not panicking. Originally London-based, after five-years of non-stop travel, the Boys chose to make their base near Stefan’s family in Cyprus, where they can enjoy great weather and live near the beach. They feel lucky that they were home in Cyprus when things began getting serious.

“As Cyprus is an island, it’s not as severe here, neither is it a transport hub like London and New York City. But the fact that the government acted early shows that the curve is being flattened well here,” says Arestis.

But their income might not be so safe. The Nomadic Boys have seen a 60% drop in website traffic from their daily average of 10,000 visits. “We’ve never seen anything like this before. In addition, all social media influencer campaigns have been postponed until we know where the coronavirus situation is going. As a result, income from our website and social media projects has almost all dried up!” 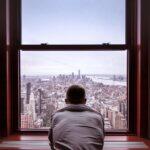 RELATED STORY
What Does Lockdown Look Like Across the Country? We’ve Got 20 First-Hand Accounts

It might be digital nomads, whose business is largely the same as influencers and bloggers but without the security of a home base, who have the advantage in the industry. Without a fixed mortgage or rent, these influencers can work anywhere.

Olga Maria Czarkowski, who runs Dreams In Heels and Latinas Who Travel, was attending a conference in New York when the pandemic hit. She was supposed to visit Texas to work on a sponsored campaign before going to Mexico for a few months. With the borders closed, she decided to head to her friend’s place in Atlanta instead. With all of her influencer campaigns either on hold or canceled, Czarkowski’s income has certainly taken a hit. But her priority is keeping her site traffic steady.

“In terms of blog traffic, I haven’t been as affected as others I know in the industry; mine is down about 25%. But I’ve kept writing and the traffic has remained pretty steady. Especially, thanks to Pinterest traffic.”

The Importance of an Emergency Fund

As for Adventurous Kate, she’ll stay put in Mexico as she re-examines her business to find other income-earning opportunities.

“I have a very loyal audience, so I launched ‘One-on-Ones with Adventurous Kate’—a video chat consulting service. In less than a week, I sold $1,700-worth of consulting calls, which is going straight into my emergency fund,” she says. “Consultation calls are 45-minutes long, cost $75, and we talk about anything. One reader asked for help in structuring her travel memoir; one reader wanted feedback on a historical travel project she’s doing; some readers just wanted to talk about travel and get feedback on their future trip plans. Many readers said they bought calls just because they’ve loved my blog for so long and they wanted to have a conversation with me.”

“I do intend to keep them up. I think one thing this pandemic has emphasized is the importance of having a much bigger emergency fund than you thought you needed, and I intend to grab every extra source of income that I can.”

What Does the Future Look Like for Travel Influencers?

While some bloggers and influencers have created alternate offerings to retain their audience and attempt to bring in income, Czarkowski has decided to wait it out and continue on her set course with regular blog posts. Advertisers want to partner with influencers and bloggers with high traffic and engagement in order to get their products in front of as many eyes as possible. Regular posting is key to that.

“COVID-19 has decimated any in-negotiation partnerships I had brewing.”

Gabby Beckford of Packs Light agrees. She had just arrived at her parent’s place in Virginia after attending a work trip to Savanah, Georgia, and had planned to spend a week there before heading to Indonesia. Now all her trips are on hold, but her branding remains consistent.

“COVID-19 has decimated any in-negotiation partnerships I had brewing. The travel industry has obviously taken a huge hit, so direct marketing organizations, tourism boards, and leisure tourism across the board are struggling and therefore affect my business too, just as their recovery will affect my recovery. In terms of content, everything I do now acknowledges in some way that we are living in the time of COVID-19. Anything else would be completely tone-deaf. So, I still talk about my travels—past travels, why travel is important to me, how I think travel will change after all of this—but I approach it in a way that is sensitive and understanding to the time. And now, more than ever, I make sure that any content I produce is positive and optimistic. The world is so full of anxiety, sudden changes, fear, and pointing fingers right now. It’s important to me that my platform is a place that people can leave feeling better than when they come.”

But Beckford also believes there’s a strong future for influencers.

“I’ve seen official government entities partner with influencers to spread messaging around hygiene and social distancing in this time, so it’s my belief that influencing will thrive more than ever.” I am still getting requests for travel planning to Costa Rica for this fall and winter, but wonder how smaller countries will maintain strict health standards with an influx of millions of tourists. On my website I have also given my advertisers an extension on payment until the borders reopen. I consider loyalty to my partners the key to survival in the long term.