Going to a food truck is likely the safest way to get takeout during the pandemic, even if the optics aren’t great.

With employment levels cratering for caterers and mobile food vendors—down by 65% between February and April—food trucks are mostly still roaming American streets, but they’ve added a few important tweaks to how they operate. And thanks to their outdoor-friendly nature, several experts say that buying from a food truck is probably safe during this new normal we’re all experiencing.

Toronto’s The Smoke Stop food truck, which specializes in Mediterranean BBQ, is fresh off a parking-lot food-truck festival in Toronto, taking more than 200 orders within two days. It would’ve been hectic on a regular day, but owner John Poulis was churning out food in June, when the pandemic’s aftershocks still lingered in Ontario. He and other food trucks had to change their ordering process.

Instead of customers coming up to the truck window to order, Poulis took pre-orders by credit card, writing down license plates to go along with the purchase. “We gave them a time to pick up their food, labeled with their license plate, put it on the ledge outside our truck, and they picked it up. This is just more effective for us, business-wise. It’s less interaction with customers.”

Yeastie Boys Bagel in L.A. also offers online ordering, and the Bay Area’s Fat Cat Burgers has switched to phone orders to avoid contact as much as possible. Contactless payment is now par for the course at food trucks across the world.

Fresh Air Is a Big Positive

But still, skeptics might wonder, what makes going to a food truck any better than snagging takeout from a restaurant?

First, you’re going inside a restaurant, albeit briefly, to pay and pick up the food. Food trucks are outside and it’s well-known that you’re less susceptible to contract the coronavirus outdoors compared to indoors, due to how droplets survive longer in confined spaces.

“Eating anything from a food truck is as low risk a scenario as you’re going to get,” says Dr. Isaac Bogoch, an infectious disease physician at Toronto General Hospital. “As long as you’re outside with very little crowding as you’re waiting.”

That’s the thing with some food trucks: those lineups can snake around the block, if you’re the go-to truck that day. So food truck owners are getting strict about enforcing social distancing in lineups with chalk or tape, or using policies such as timed pick-ups.

What also is encouraging is guidance on best practices for those staffing the truck. “We advise our food truck owners to ensure there are no more than two people working at a time,” says Ben Goldberg, president of the New York Food Truck Association. “And everyone is wearing a mask, especially in dealing with customers at the window.”

Moving to a Buddy System

Working in a food truck’s favor is how they can be only staffed by two people, and perhaps are only operating as a two-person operation to begin with. Minimal contact with any other food workers lowers the chance of the buyer contracting the virus, unlike larger restaurants where staffing cutbacks still may have a handful more cooks rotating in and out of shifts. 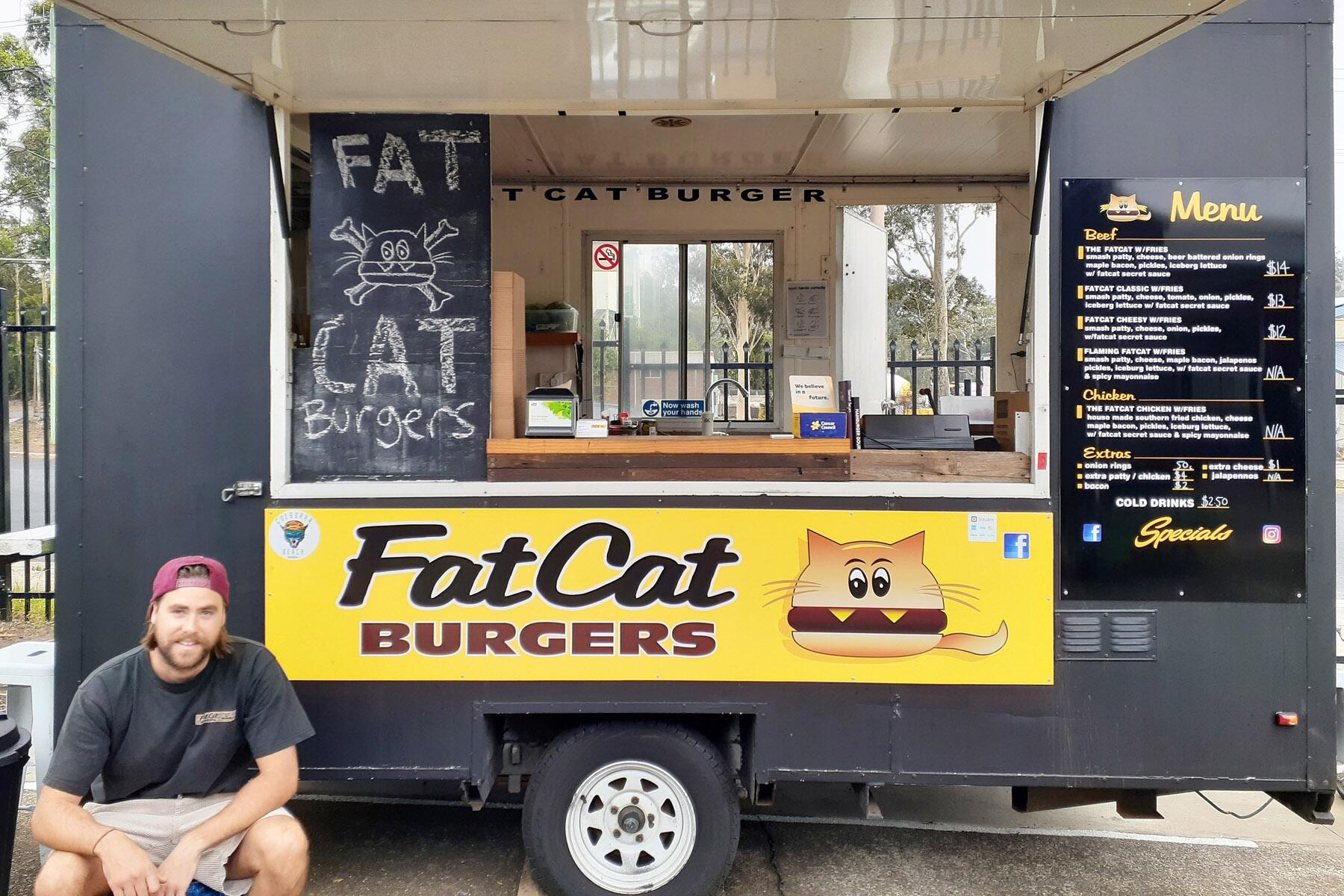 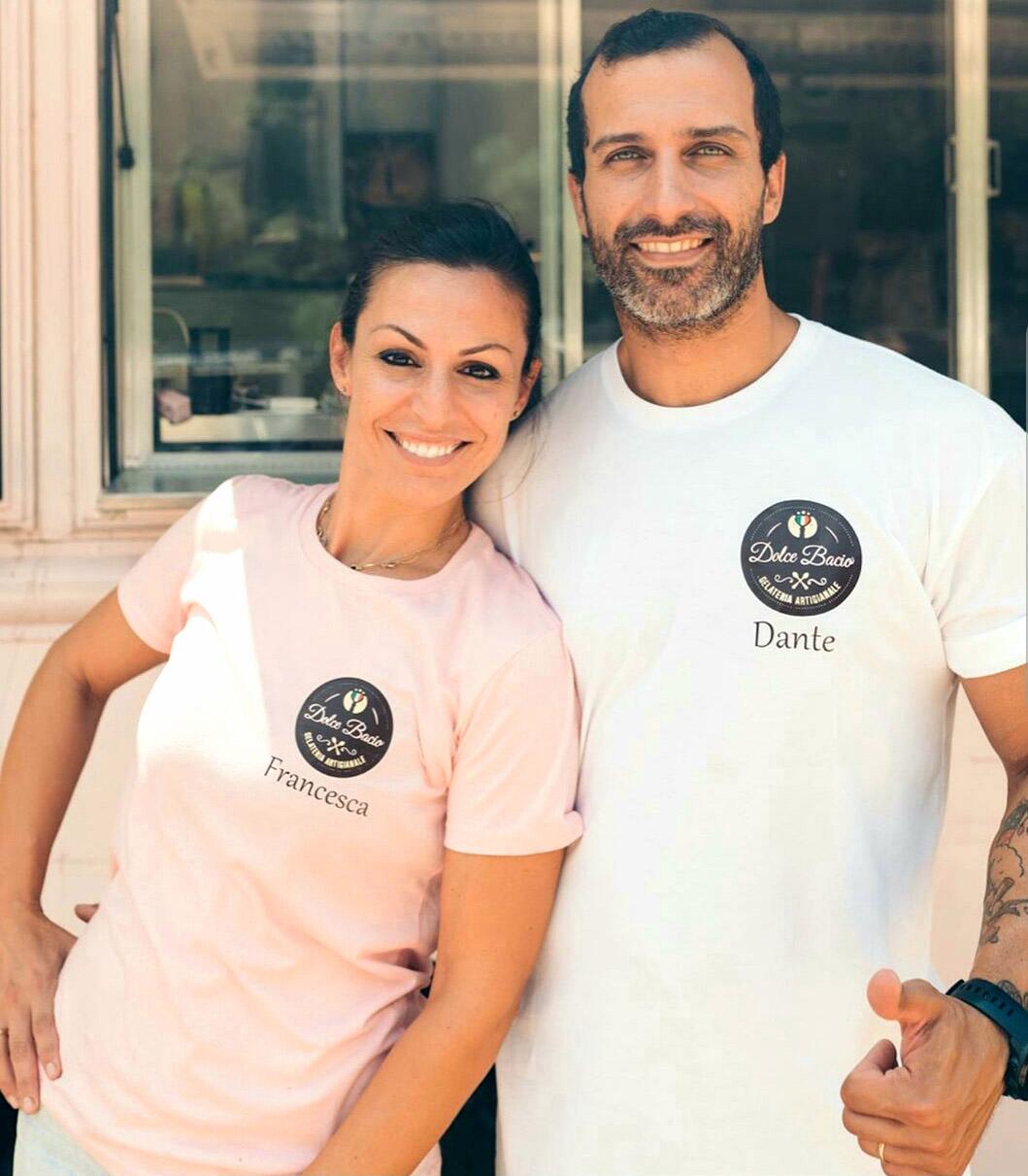 “We decided not to call any of our occasional staff to help us,” says Francesca Cavallari, co-owner of Austin-based food truck Dolce Bacio, which offers gelato and desserts. “We can manage the truck and bike and whatever events we have going, ourselves. It’s better to be safe.”

Taking a cautionary approach is the name of the new game food trucks have been forced to play, even though foot traffic has dwindled and many city events have been canceled. Fewer customers for food trucks, though, equals less contact with other folks swinging by the truck window to pick up their food.

Let’s say food-truck cooks don’t have their masks on, for some inane reason. If one of them has COVID-19 and coughs on your food, it will obviously be as gross as you’d expect, but you won’t automatically get the virus because it’s not spread by food-borne transmission.

“We don’t know of any COVID-19 cases where it’s spread by food,” says Dr. Donald Schaffner, a professor of food microbiology at Rutgers University. “It doesn’t mean it can’t happen, it’ s that there aren’t any report about that happening.”

He stresses that food truck staff has to wear masks even if a small mobile kitchen can get hot and stuffy, and physically distancing isn’t a reality. But that’s an accepted risk both food truck operators and consumers decide to take.

Dr. Schaffner adds, “Most importantly, you want to avoid food trucks were staff aren’t masked. And if I was running a food truck, I wouldn’t serve customers who didn’t wear masks.”

Adapt With the Times

Food truck vendors have to invest resources and capital into leveling up their food truck to today’s safety standards, and here are some other ways they’re massaging their policies to ease any worries, from both their staff and fans:

Like every food business in the world, COVID-19 walloped food truck owners but they didn’t fold and give in. Instead, they changed how they took orders, serve food and deal with clients so they can offer peace-of-mind to foodies who just want to enjoy some grub outside. And with indoor dining fraught with enough risks to stoke anxiety in many of us, food trucks could enjoy a healthy resurgence.

So - in Florida restaurant employees are NOT required to wear a mask. HOW CRAZY IS THAT?
C'mon Gov DeSantis!?!
Common sense here would go a long way. Forget about the Florida tourism $$ for now and save lives.
-
Food servers ARE wearing masks - maybe just 'for show'?  We all know restaurant kitchens are hot sweaty places - if they aren't required they surely won't voluntarily wear a mask.  How many restaurant staff really need their job/income (as we all do) and they just might go to work when sick. What about the 'sick but not feeling it people'? Asymptomatic super spreaders. That has happened here. I have seen restaurants thru windows with open kitchens where food prep staff are NOT wearing masks. Someone thinks one can't be contaminated by eating food coughed or sneezed on?  How many people have contracted this virus and "HAVE NO IDEA WHERE" they got it.
???

This idea of not getting infected from food has not been proved OR disproved.

I'll only eat food I have prepared myself. At this point it's 4.5 months. No restaurant takee-outie - no fast food drive thru.  No food made by someone else.

It's not a big deal to skip some overpriced restaurant meals that have way too much fat and sodium anyway.