Beaches Kaila Yu Do You Enjoy Visiting Hawaii? You Should Pay a Fee
Home  >  News   >   Christchurch Update: What You Need to Know

Christchurch Update: What You Need to Know 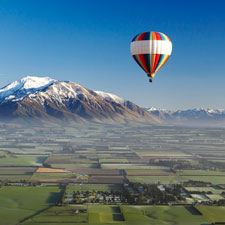 New Zealand’s Christchurch has been hit by several earthquakes over the past year but most of the city—and the Canterbury region—is open for business. Our resident Canterburian, Sue Farley, has been surveying the damage and has the scoop on the state of local travel with a brief summary of dining, lodgings, and activities.

On September 4, 2010, a magnitude 7.1 quake epicentered beneath farmland on the Canterbury Plains, caused considerable damage in the city, but no loss of life. Then, on February 22, 2011, a magnitude 6.3 aftershock, centered almost beneath the city, caused massive damage and resulted in the loss of more than 180 lives. Many of the city’s heritage buildings crumbled, suburban streets were swamped with liquefaction, and modern city buildings rocked and rolled on their foundations as the earth heaved.

Resolute to the core, the people of Christchurch and Canterbury want it known that the city is open for business and visitors are welcome. Some affectionately refer to their city as the "donut city," with a big hole in the middle and all the action round the outside—and until the “Red Zone” reopens that will remain true. But Christchurch has also been presented with a unique opportunity to redesign the city from the center outwards, allowing a new low-rise built environment and large areas of inner city parklands where rebuilding is not possible. In the meantime, the areas north of city center, such as Merivale and Riccarton are good bases for exploring. 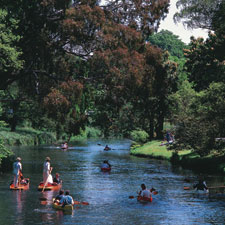 Central Christchurch lost over 200 restaurants and bars in the quakes. Although some are reopening or have relocated there is only a handful open in the central city. For the best dining options, look north of the city to the suburbs for a number of easy-going bars, restaurants, and cafes Merivale and Riccarton. Call ahead for seating as they are increasingly busy.

Fodor’s Recommends: Tiffanys, Rotherhams and 50 On Park are currently the best options for fine dining in the city. Cook’n With Gas, Chinwag Eathai, Pescatore, and the Curators House are excellent casual and trendy restaurants operating in the inner city well.

Many of central Christchurch’s hotels are inside the cordon that is currently off limits. But there are plenty of alternatives along Papanui Road and Riccarton Road just outside the city center, as well as quality B&Bs, small hotels, and lodges around Riccarton, Merivale, the airport, and north of the city. Many of the central city hotels should return over 2012–2013.

The best action used to be in the bars and cafés along in an area of the city known as the Strip. This area could begin to reopen from early 2012. In the meantime, two new entertainment hubs have developed.

Fodor’s Recommends: Riccarton’s bars and restaurants, especially around Riccarton Road and Rotherham Street, have become very popular evening and late-night gathering places. Trevinos and the Fox and Ferret are fun spots.
Merivale has also become a favorite of locals looking to gather, drink and share stories–look out for No 4 and JDV.

Side Trips from the City 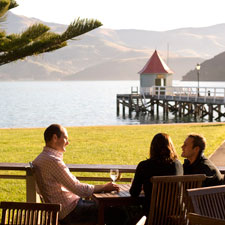 Lyttelton, a sleepy port town, was very badly hit by the earthquakes. The biggest loss, historically, was the Timeball Station where ships would make sure their chronometers were accurate by checking them when the large ball at the Timeball Station was lowered. By mid-2012, Lyttelton town should be open for visitors, but in the meantime Governor’s Bay and farther round to Diamond Harbour makes a nice half-day drive from the city. You can also catch a boat for a cruise from the port.