Plans to construct the world’s highest altitude airport near Tibet were recently announced by the Chinese government. The new Daocheng Yading Airport, which would soar to 4,411 meters high in the Garzi Tibetan Autonomous Prefecture in Sichuan province, comes as part of China‘s stated intentions to develop infrastructure, drive tourism, and foster prosperity in the region.

The airport is expected to cost around $237 million and is set to open later this year, providing routes to the western cities of Chengdu, Chongqing, Kunming and in the south, Guiyang, and Xi’an. It will lie close to Yading, an area of sacred mountain peaks and alpine valleys.

Tibet is home to five other airports built by China, including the world’s current highest airport at 4,334 meters above sea level, Bangda Airport in Qamdo Prefecture in southwest China’s Tibet Autonomous Region. 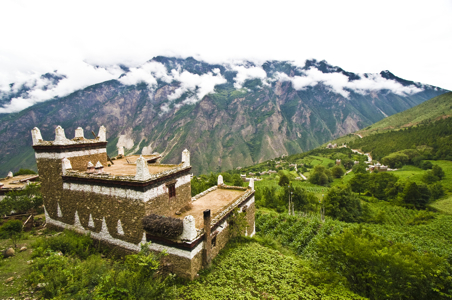 The plan is the newest in a group of recent projects implemented in Tibet by the Chinese government, which says it hopes to attract one million tourists to Tibet and raise up to two billion yuan in tourism revenue by 2015.

But the plans have been met with significant opposition.

"What China does in Tibet, it does for China, not Tibet," said Alistair Currie, spokesman for the campaign group Free Tibet.

Aside from the fact that the airport enables easier exploitation of Tibetan land and culture by the Chinese, it also couples with rapid development in air, rail, and road infrastructure in Tibet to enable Chinese expansion through the region. India especially expressed concern, as the developments allow China to more easily move its troops and equipment through the region’s difficult geography. 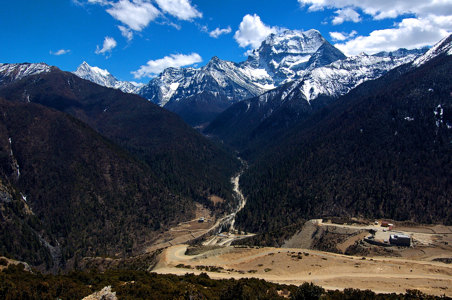 In an outbreak of violence near the site of the new airport last month, Tibetans who were gathered to celebrate the Dalai Lama’s birthday were shot at and beaten by Chinese troops, according to Free Tibet. A similar skirmish over plans for a new 5-star hotel in Lhasa by the InterContinental group led to a protest outside the group’s London property in June.

Despite this, construction on the new Daocheng Airport moves forward.