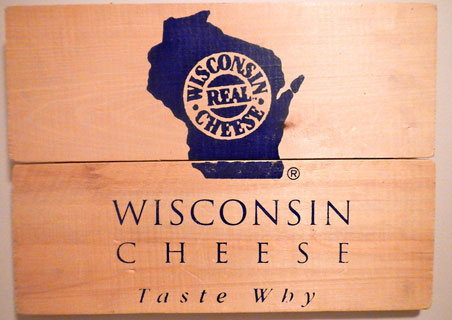 It happens no matter where I’m traveling. Once it’s discovered I hail from Wisconsin, chatter about aged cheddar, Italian-style burrata, and creamy blue cheese immediately crops into the conversation, and for good reason: the Dairy State is home to America’s highest number of artisan creameries. Wisconsin-made cheeses snag awards each year at the American Cheese Society, United States Championship Cheese Contest, and the World Championship Cheese Contest. It’s all due to the ingenuity of Swiss and Italian immigrants who have brought their skills to Wisconsin’s farmland.

As a tourist, your fromage-loving palate is more than welcome in Wisconsin, where family-owned boutique creameries love to dish out samples and show off their cheese-making methods. Here are six of the best spots to taste or learn about cheese, from a museum to a tavern, and several creameries and retailers too. Stay in Madison, Milwaukee, or even Chicago, and journey on day trips or overnight stays to experience these dairy wonders. For prime cheese access bunk at Inn Serendipity, an eco-friendly bed-and-breakfast inside a farmhouse in Browntown.

At Baumgartner’s, which is part tavern, part restaurant (and even part deli with cheese by-the-pound), happiness can be achieved for about $3 by ordering a tasty cheese sandwich. Pick your favorite cheese variety, like cheddar, limburger, brick, or Swiss, at this 82-year-old spot, or order a cheese plate, hot sandwich loaded with melted cheese, or a delicious cheesecake. Grab a seat on a bar stool and pair your ‘wich with a glass of Blumer’s locally brewed root beer on tap. After lunch stroll around the adorable square lined with cute shops in this town of 10,000 people. 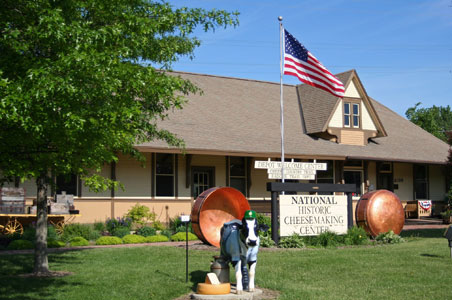 For just $5 admission you can become an expert in Wisconsin’s cheesemaking history. Built in a former train depot, the museum features a gift shop packed with unique foodie finds like a rhinestone-studded pin reading "cheese" or a wooden cutting board shaped like the state of Wisconsin. Within the museum is a recreated and fully restored version of Imobersteg Cheese Factory, which operated a century ago.

Between 35,000 and 40,000 pounds of cheese are made daily at Emmi Roth USA . Half of those pounds are designed for fondue, like Gruyere (the country’s only producer of this cheese), and many other pounds end up at Whole Foods Markets and Trader Joe’s. Arrive at 10 am daily for a guided tour of the vats and aging facility. Even if you miss it, don’t fret, the retail store Alp & Dell Cheese Store, will rival any large-scale gourmet grocer’s cheese section. Not only are wheels and wedges of Emmi Roth USA cheeses sold here for competitive prices, but you can also find about 150 cheeses from other Wisconsin creameries. Or treat yourself to Swiss yogurt, Swiss wines, deli sandwiches and scoops of ice cream that are also available here. Decorated chalet-style, right on down to the lacy curtains in each window, you’ll swear you’re in the Swiss Alps. 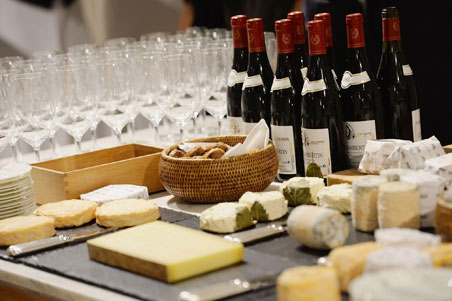 Snug on the Capital Square in bustling, artsy, downtown Madison is Fromagination. While it’s primarily a cheese retailer, visitors can also indulge in a gourmet sandwich. On the autumn lunch menu are selections like French brie, olive tapenade and a locally-made figs and black-tea preserve; or salami matched with Wisconsin Provolone cheese. Even the salads are topped with Wisconsin cheese like SarVecchio’s Parmesan-style cheese. To expand your cheese palate without breaking the bank, try Fromaginations’ "orphans," tiny wedges of pricey Wisconsin cheeses at a low price. Two favorites of mine sold here are Willi Lehner’s Bleu Mont Dairy’s English-style bandaged cheddar, aged in a cage constructed of straw bales; and Roelli’s Dunbarton Blue cheese.

In this northern suburb of Milwaukee, just off Interstate 43, the cheese selection at Larry’s Brown Deer Market is superb. During the warmer months a backyard cookout ensues with grilled foods for sale but even after the first frost there are amazing lunch options, many featuring cheese. Just this week, green-chili mac-and-cheese made with Hook’s Cheese Company’s three-year-aged cheddar was offered. I like to pick up state-made burrata, Parmesan-style and mozzarella from producers like BelGioioso Cheese, Crave Brothers and Stravecchio – some of which can be found nationwide – and also try something new from the cheese case. 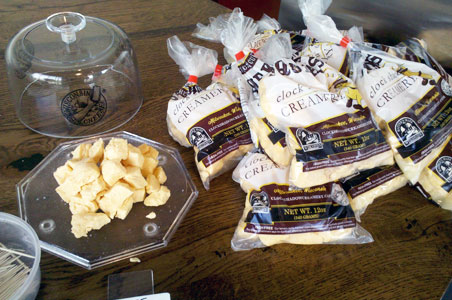 One of only a few urban creameries, Clock Shadow Creamery, in Milwaukee’s industrial-chic Walker’s Point neighborhood, sells cheese curds so fresh they squeak. Also calling to your palate are cheeses from other Wisconsin creameries, including sibling company Cedar Grove Cheese’s fresh-water buffalo mozzarella (one of only a few in the U.S.) and Havarti-style Faarko. Curious to see how the creamery operates? Book a half-hour tour in advance of your visit. Tours are offered between 10:30 a.m. and 4:30 p.m. every day but Sunday.