When it comes to getting away from it all, nothing soothes the soul quite like the beach and its ability to wash away worries along with the cresting waves. It’s hard to relax, however, when a breezy getaway becomes a budget buster. Lucky for you, there are these seven sun-drenched, sandy spots to hit that are high on value without sacrificing style. Plus, even as snow starts to fall at ski resorts, there are plenty of shoulder season deals to be found before the warm-weather high season kicks off in December. So go play in the waves without worrying about your wallet. 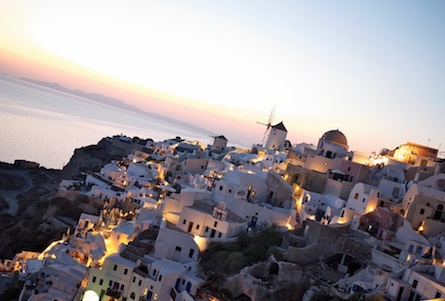 Visitors to this Grecian hotspot (about 120 miles from Athens) during late fall and winter months won’t have the buzz of the European glitterati that swarm during the summer. But they will have great off-season rates (and the good Samaritan incentive to help Greece’s shattered economy with their tourist dollars) and a crowd-free opportunity to explore Santorini, with its iconic, whitewashed houses, truly spectacular sunsets, and impeccably fresh Mediterranean cuisine—a destination that has been kissed by the gods, indeed.

Where to Stay: Set amidst vineyards and against a rugged mountain backdrop, the Pelagos Hotel offers a serene setting just outside the picturesque town of Oia (which is the town from which you’ll want to snap that legendary sunset). Clean, quaint rooms are bathed in refreshing white décor; instead of a dip in the pool, which is likely too cold this time of year, opt for afternoon cocktails at the adorable poolside bar.

Where to Eat: A nod to the food of the gods, Nectar & Ambrosia is an exquisite trattoria in Oia and is a must-do. A menu of Greek mainstays like souvlaki and moussaka (no trendy fusion or foams here), warm dÃ©cor, and unbeatable views keep this restaurant packed, so make sure to get a reservation. A per-person minimum of 30 Euro is required post-sunset, so for a more budget-friendly meal, make it lunch.

Insider Tip: Several ferries run to Santorini from the port of Pireaus, which is the biggest port in Athens. You can shell out a few more dollars to get there in four hours instead of 10 on a faster ferry, but the longer (and larger) ferry boats tend to be more reliable. 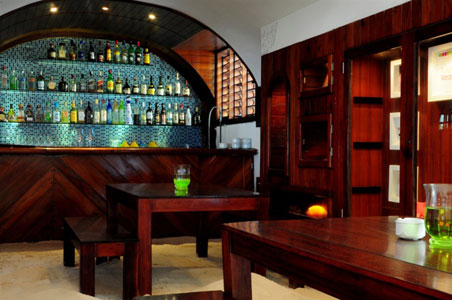 About an hour away from the sprawling mega-resorts of Playa del Carmen is Tulum, a low-key town where lodging, mostly boutique hotels and guest houses, is off the grid and prices are right in tune with the feel-good vibe of this yoga-loving community. Tulum is divided into three parts: its beachfront archaeological site, full of breathtaking Maya ruins; its bustling in-town area, or pueblo; and its Zona Hotelera, where beachfront cabanas, open-air restaurants, and a relaxed atmosphere—sunset yoga sessions are a common sight—beckon.

Where to Stay: Posada Yum Kin offers a sanctuary in Tulum’s pueblo area, with nine eco-friendly suites and plenty of privacy. It’s not on the beach, but a beautiful pool and hammocks on porches add a relaxed tropical feel. Budget-conscious travelers should consider a suite with a kitchenette to save on meals.

Where to Eat: Tuck into fresh fish tacos and lobster flambéed with tequila at the beachside restaurant of the Ana y Jose Hotel & Suites, just steps from the powder-white sands and sparkling water of the Gulf of Mexico.

Insider Tip: For customized tours that mix visits to Maya ruins—2012 marks the end of the Maya long-term calendar, after all—with activities like swimming in cenotes, or sinkholes fed by refreshing groundwater, check out Catherwood Travels, led by Mundo Maya archeologists and experts. 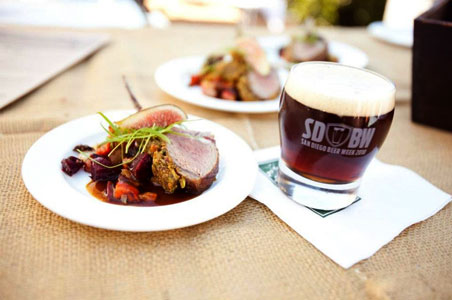 Los Angeles’ beaches might boast the glamour of Hollywood, but with an exploding restaurant scene, friendly locals—paired, of course, with iconic year-round California sunshine—San Diego is earning its claim as “America’s Finest City.” While the Pacific Ocean stays fairly chilly in the late fall and winter, a leisurely afternoon lounging on the sand is still a popular (and free!) pastime for locals and visitors. Take your pick of family-friendly Coronado to the south, ritzy La Jolla to the north, or trendy Mission Beach in between.

Where to Stay: Bed down in the beachy environs of Hotel Solamar San Diego, which has upscale, airy décor and a rooftop patio with heated pool. Book by Oct. 28 for serious discounts on rooms.

Where to Eat: A European-style bistro in the gay-friendly Hillcrest neighborhood, the newly opened 100 Wines boasts a wine list that’s, well, 100-strong, with several wines starting at $6 a glass. Grab a seat at the cozy bar area and make a meal out of the designed-for-sharing plates like crispy cauliflower, whipped goat cheese, and wood-fired pizzas.

Insider Tip: Not only does San Diego have an enviable beach culture, but its beer scene is pretty rocking, too. Toast to it during San Diego Beer Week from Nov. 2-11, with more than 500 suds-centric events around the county. 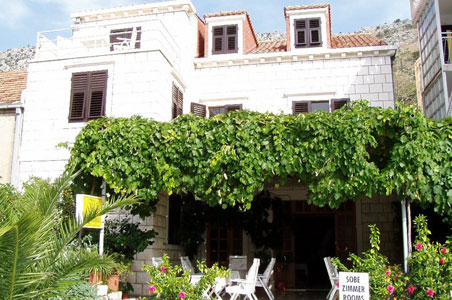 Croatia has become a bucket list destination for savvy travelers in recent years, with swarms of sun lovers taking over its spectacular coastline and island resorts during the summer. An offseason visit comes with a much more relaxed vibe, as well as reduced rates on lodging, without sacrificing the delights that make Croatia so special: superb wines, fresh Mediterranean cuisine, and the feeling that you’re part of the inner circle who finally knows about this Eastern European gem.

Where to Stay: In the outskirts of Dubrovnik, perhaps Croatia’s most expensive city, you won’t find a better deal than Villa Kukuljica, a modest but comfortable guesthouse whose rates start at an absurdly low $20. Owners will pick you up from the airport, cook up tasty and fresh meals, and make you feel like family.

Where to Eat: In the mountain town of Split, Enoteka Terra is a cozy wine boutique that features wines from all over the world, including local varietals like Plavac Mali and Posip. For a budget option, check out the abundant farmers markets in the region. 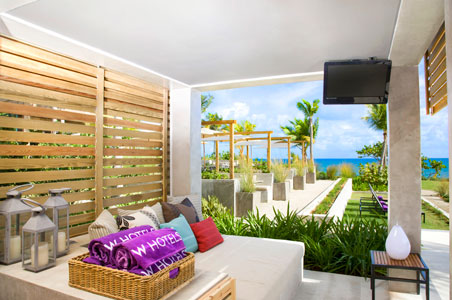 Puerto Rico has long been a popular destination for sun, sand, and surf, but Vieques, a 21-mile-long island that was occupied by the U.S. Navy until 2003, has drawn a new breed of travelers looking for a more laid-back atmosphere. Though tourism has picked up in recent years, Vieques retains a sense of tranquility—indeed, the most pressing question you might face is which of its some 40 beaches you want to make home-base for the day.

Where to Stay: By far the most sophisticated property on Vieques, the W Retreat & Spa oozes with style and service. All of its rooms and suites have private patios and balconies, its 6,000-square-foot-spa is an indulgent sanctuary, and its outdoor fire pit encourages al fresco mingling long into the balmy night. The hotel is currently offering an enticing deal on suites, with 40 percent off the following night for each night booked; a three-night minimum is required.

Where to Eat: Usually stationed at the edge of the Vieques National Wildlife Refuge on the southeast coast of the island, the Sol Food truck serves up delectable pre- or post-beach eats; think puffy empanadas, spicy jerk chicken sandwiches, and fresh-squeezed limeade.

Insider Tip: Puerto Rico’s hurricane season lasts through the end of November, but the island is a popular destination for holiday visitors, so make sure you book as far in advance as possible to secure reservations for that time. 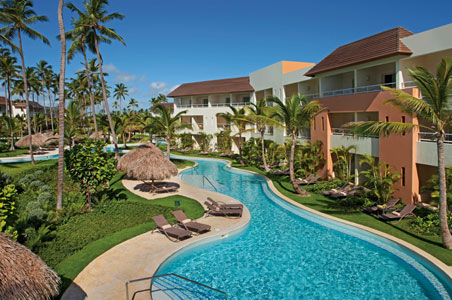 The secret is officially out on the Dominican Republic and this stretch of sandy white beaches along the island’s east coast is an unbeatable pick for sun and surf at a great value. Beyond the beaches, there are abundant options for golfing and gambling, too.

Where to Stay: It’s not exactly a budget property, but Secrets Royal Beach, nestled in the quieter northern end of Punta Cana, offers excellent value and upscale luxury that’s often elusive in the sprawling mega-resorts that dot the coast. The all-inclusive price covers all meals and drinks, room service at any hour, and even international phone calls—with nary a plastic wristband or cheesy poolside performance.

Where to Eat: Dig in with the locals at Taqueria El Burrito, a festive Mexican joint in the Bávaro neighborhood that serves up plentiful, well-prepared dishes at wallet-friendly prices.

Insider Tip: For a real taste of how locals travel, and to avoid pricey taxis, ask where to catch the gua-gua, or local bus. The vehicle, usually a minivan, will plod along at an abysmally slow pace and there’s no set schedule, but for just a few pesos, its about as authentically DR as you can get. 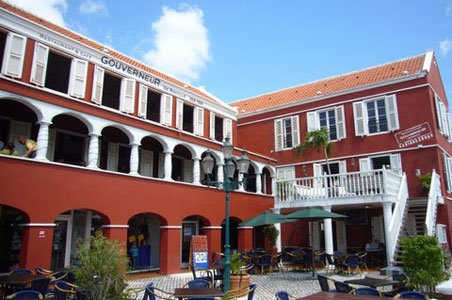 Set below the hurricane belt, this Dutch island is brimming with charm, from the rows of colorful houses in the capital of Willemstad to the pocket-sized coves accessible only via boat. Curacao beckons with offerings for every type of beach lover, from miles of picturesque beaches to more active pursuits like snorkeling, diving, and, for those looking to break a serious sweat, hiking up the island’s highest point, Mt. Christoffel.

Where to Stay: On the west side of the island, known by locals as westpunt, Marazul Dive Resort offers well-stocked cottages and condos perched right on the craggy coastline, just a few steps from the beach. Properties are individually owned, so there’s some discrepancy in décor and amenities.

Where to Eat: A longtime favorite in Willemstad, Gouverneur de Rouville Restaurant & Cafe, housed in a 19th-century Dutch mansion, always pleases, with its eclectic style and dependable menu of local favorites like keshi yená, a tasty fish stew, and seafood-centric dishes. The restaurant can become crowded when a cruise ship docks.

Insider Tip: For a unique souvenir, head to Den Paradera, the enchanting organic garden of renowned herbalist and plant expert Dinah Veeris. Reservations are essential for a guided tour, but make sure to stock up on handmade body- and hair-care products, each with their own fascinating back story and benefits, at the gift shop.