News Apeksha Bhateja What Are the Chances You'll Get Monkeypox at a Hotel?
NewsCelebs-Turned-Bakers Opening Shops Across the Country

Celebs-Turned-Bakers Opening Shops Across the Country

Yesterday’s trend of music and film stars opening restaurants, it seems, has evolved to include bakeries too. From a cupcake shop in Southern California to a Southern-inspired bakery in Manhattan, celebrities are hitting the sweet spot. Here is a guide to where you can score their decadent treats. 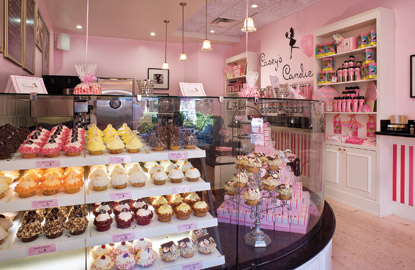 Details: As a star on "Laguna Beach: The Real Orange County," Casey Reinhardt made her mark in this affluent area hugging the California coastline just south of Los Angeles. Casey’s Cupcakes opened its first location, complete with bright and girly pink-and-white striped walls, inside Mission Inn Hotel & Spa in Riverside in 2009. Today there are four locations, all in Orange County, with the newest in Irvine. The cupcakes—which won Food Network’s Cupcake Wars last year—are topped with three inches of frosting, a wafer-thin chocolate bearing Casey’s Cupcakes’ logo, and other accoutrements (shredded coconut for Caribbean Coconut and a fresh raspberry for Razzmatazz Raspberry).

Insider Tip: Worried that the cupcake flavor you’ve been drooling over might run out on the day of your visit? Order ahead of time online!

Details: Armie Hammer and Elizabeth Chambers—you’ll remember Armie as one of the Winklevoss twins in The Social Network—opened Bird Bakery in the Alamo Heights section of San Antonio in late March. Chambers hails from San Antonio and the Texas hospitality shows. Adorable little cupcakes frosted in ivory and pastel shades, and sugar cookies as well as mini carrot cakes topped with Texas pecans, are beyond the chalkboard perched on the sidewalk out front.

Insider Tip: Need a jolt in addition to the sugar shock? Shots of espresso are on the menu at Bird Bakery.

Insider Tip: The "Picnic 2 Go" option—a picnic basket packed with a lunch—is perfect for travelers on the go. 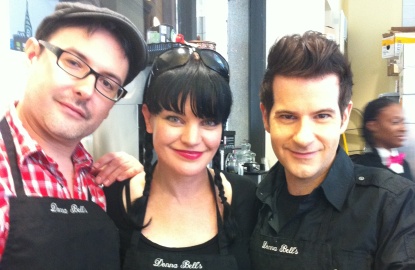 Details: Open since April 2011, Donna Bell’s Bake Shop is a sweet ode to the late mother of founder Pauley Perrette’s best friend. (Pauley can be seen playing "Abby" on NCIS.) Donna Bell’s Southern roots are expressed at this Gothic-style/ Victorian-era bakery that mimics one you might find in New Orleans’ French Quarter, yet it’s tucked into the hustle and bustle of Hell’s Kitchen in Manhattan, where the business began as a food truck. Thirteen varieties of layered cake (also available in cupcakes) are available, as are items like Yankee Corn Bread (jalapeno cheddar, crushed corn, and brown sugar) and five types of biscuits (bacon/blue cheese/parsley).

Insider Tip: Outside of the sweet stuff, savory lunch options are on the menu too, including hot and cold sandwiches (from BBQ chicken to a veggie hero).