News Ronny Maye Should You Cancel Your Vacation to an Area Impacted by a Natural Disaster?
NewsCelebrate the Kennedy Space Center’s 50th with Three Rare Tours 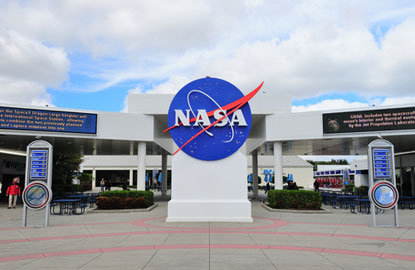 The Kennedy Space Center in Florida is celebrating its 50th anniversary this year. To mark the milestone, three rare behind-the-scenes tours have opened to the public.

Labeled the KSC Up-Close Tours, each one gives a deeper look into different aspects of the facility and its history. All three tours are for a limited time, running through the end of the year.

The most recently added tour gives visitors unprecedented access to Launch Pad 39-A, where many space shuttles and all six Apollo missions that landed on the moon were launched. The Launch Pad Tour takes visitors inside the perimeter security fence for a closer look. From there, they can see service structures that supported and protected the space shuttle, water tanks that fed the noise suppression system, and the flame trench that deflected fire from the engines. But perhaps the biggest draw is the ability to travel the same route as astronauts to the launch pad and witness the last place they stood before leaving Earth.

Another tour goes inside the Launch Control Center to Firing Room 4, to see where all 21 shuttle launches since 2006 were controlled. Visitors here get to see the main launch countdown clock and enter the "bubble room" where the Kennedy Space Center management team oversaw all proceedings. The computer consoles where engineers monitored thousands of system checks every minute leading up to launch is also on view.

Visitors looking to get some quality time with the rockets themselves should take the Vehicle Assembly Building Tour. They’ll visit the 525-foot-tall facility where the Apollo Saturn V rockets and space shuttles were assembled, as well as get an insider look at how the rockets were made. Those touring before October’s end get a special treat, with an up-close look at the Shuttle Atlantis, the last orbiter to fly as part of NASA’s Space Shuttle program.

The price for each tour is $25 for adults and $19 for children (aged 3-11) plus tax, in addition to admission. Tours are limited and often sell out, so making reservations is a good idea.