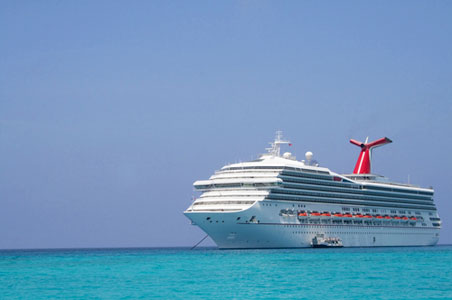 They say that bad things come in threes. For Carnival Cruises that might be a good thing, as their most recent incident with a ship at sea—the third in a month—will hopefully put an end to their recent string of mishaps. For a company which had its very first sailing get stuck on a sandbar 40 years ago, maybe these issues shouldn’t come as such a surprise. The latest incident, on the Carnival Legend, follows troubles with the Dream getting stuck in St. Maarten and the Triumph being disabled at sea for several days. The Legend has suffered a failure in part of its propulsion system, causing it to skip its final port of call so that it can return home on time.

The ship suffered a failure on one of its Azipod systems, a high-tech propulsion unit, was out of service on the Legend meaning slower than normal travel times. Passengers were mostly unaffected by this outage, the company noted in a statement, "The ship’s safety systems and hotel services are all functioning normally." Due to the slower travel times, however, the ship was unable to make its scheduled stop at Grand Cayman. In lieu of that stop the passengers will be offered a $100/person credit and coupon for 50% off their next cruise; all shore excursion fees for the Grand Cayman stop will also be refunded.

The Legend is scheduled to sail again in the Caribbean on March 31st and then to make a crossing of the Atlantic Ocean departing on April 7th en route to the Mediterranean where it will be based for the summer. As of now these sailing dates are unaffected, though it remains to be seen if that will be the case going forward.

These last two problems came after the company announced a comprehensive fleet-wide inspection, certainly a black eye for the operator. It is not clear why the Carnival ships are seeing more problems lately or what the overall impact of these issues will be to the company as a whole. It is clear, however, that people are taking more notice of the issues; it is hard not to.