Spring in Buenos Aires is a Culture Vulture’s Delight 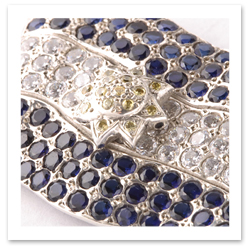 Buenos Aires’ non-stop artistic calendar keeps the city’s culture vultures busy and content, and now that spring has arrived in the southern hemisphere, the city is absolutely teeming with cultural offerings for visitors and locals alike.

The city is celebrating Art Week this week with an array of activities, culminating on Saturday, October 6 with the extraordinary La Noche de los Museos, when more than 100 public and private galleries and museums open their doors to the public for a free night of museum madness. Porteños love the nightlife, so expect the museums to be jam-packed until the wee hours; more than 300,000 people participated last year, and more are expected this year. The party will end with a midnight concert headlined by Grammy-nominated Argentine/Alaskan musician Kevin Johansen + The Nada.

Buenos Aires’ premiere design fair opened its doors last week and will run through November 25. Casa FOA gives top Argentine and international decorators, architects and interior designers a place to show off their latest creations and spaces. This year, the exhibition is taking place in a former train station in the hip Palermo neighborhood.

Renowned Argentine silversmith Marcelo Toledo has created a jewelry exhibition inspired entirely by Argentina’s legendary former first lady, Eva Peron. The Evita: Figure, Woman, Myth collection of broaches, earrings, necklaces and more will be on display until the end of October at the Evita Museum in Palermo. The collection will tour the United States and Europe next year.

For documentary film buffs, the 9th Annual National Video and Film Documentary Festival will take place from October 6-13. Dozens of Argentine and Latin American documentaries will make their world premiere at the festival, with screenings throughout the week in the neighborhood of San Telmo. 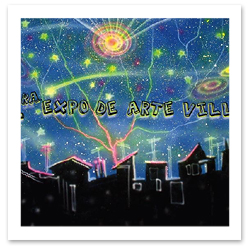 For a one-of-a-kind experience, be sure to visit the first-ever exhibition of Argentine Arte Villero (Shantytown Art) at the Boquitas Pintadas pop-hotel from October 26 to November 24. The show will feature paintings, sculptures, music and videos imagined by young artists from the scores of shantytowns, known as villas, that line the urban belt of Buenos Aires. It’s sure to be an eye-opening experience for all.