Jorge Mario Bergoglio was plucked from his post as Archbishop of Buenos Aires, transported to Vatican City, and installed as Pope Francisco I, the first Pope to hail from Latin America, one of the most devout regions in the world. The appointment drew international attention to Argentina and its capital city, with people from the faithful to the non-denominational-but-curious wanting to know more about this new Pope’s hometown.

The city where Bergoglio was born and raised, and where he served, is home to spectacular religious sites that are worth touring no matter your religious affiliation. Whether for an afternoon of stunning architecture or for a self-guided and spiritual tour of the new Pope’s hometown, here are five stops well worth making. 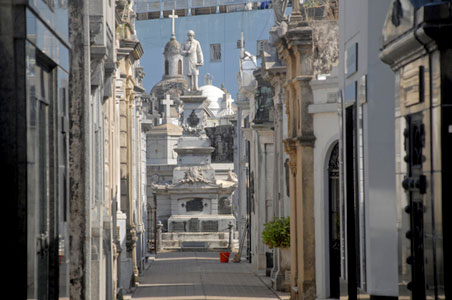 The final resting place for Argentina’s elite and eminent like Eva Perón and past presidents, this urban cemetery is one of Buenos Aires’ top tourist sites, and with good reason. Mausoleums chiseled from granite and marble, each seemingly more ornate than the last, line the walkways. Within the cemetery walls are more than 6,400 tombs and mausoleums, and 70 are designated historic monuments. Though it is one of Buenos Aires’ and Argentina’s most iconic religious sights, the Catholic Church technically revoked its blessing from the cemetery when one former president ordered a suicide be interred on the grounds in 1863. 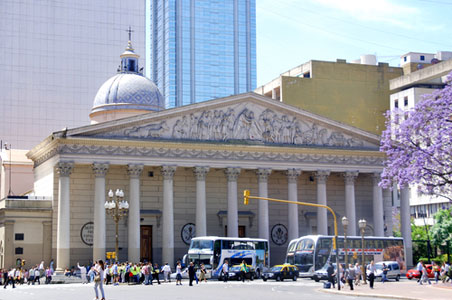 On one side of Buenos Aires’ most politically significant plaza, Plaza de Mayo, is the 19th-century Metropolitan Cathedral, recognizable for its off-white neoclassical façade. It was here in Argentina’s central Catholic house of worship that Bergoglio held Mass as Archbishop. The church has been rebuilt several times since it was first erected in the 16th century, and the present-day building represents a mix of architectural styles. Within a marble mausoleum in the cathedral, cast in the glow of an eternal flame, are the remains of Argentina’s liberator General José de San Martín.

Cathedral of the Immaculate Conception 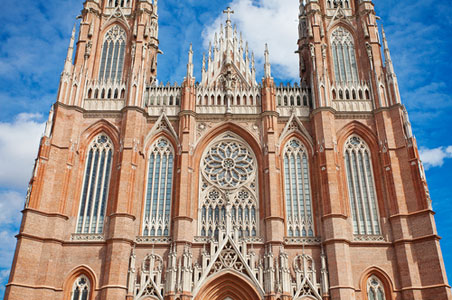 Just outside Buenos Aires city limits in La Plata, the capital of Buenos Aires Province, is the impressive Cathedral of the Immaculate Conception, one of the largest churches in Latin America with décor that rivals many of Europe’s grandest cathedrals. The neo-Gothic cathedral was laid in pink brick and sits smack in the geographical center of La Plata, making it pretty difficult to miss. Visitors can visit the onsite museum, as well as ascend the towers for panoramic views over La Plata. The western tower houses 25 bronze bells that ring out to signal the hour. 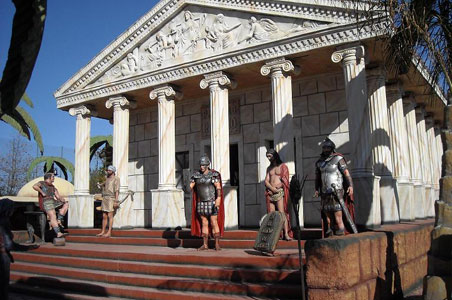 It might not be an elaborate cemetery or cathedral steeped in history, but Tierra Santa is likely the most promising religious sight in Buenos Aires to hold kids’ attention. The holy diversion complex is one of the world’s first religious theme parks and was designed to resemble Jerusalem some 2,000 years ago, down to the period garb that park staffers wear. The park’s main attraction is the Resurrection, for which a larger-than-life Jesus rises to much fanfare from the mock mountain to about once an hour. 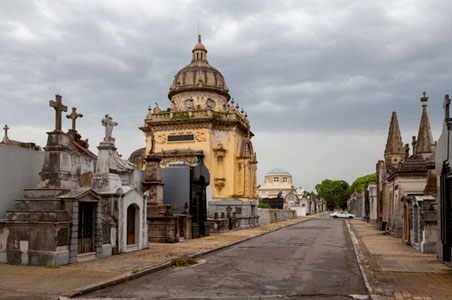 Recoleta Cemetery ranks higher on the tourist must-see list, but the sprawling Chacarita Cemetery, the largest cemetery in Argentina, is quite a sight. The columned, neoclassical entryway opens onto to row after row of vaults covering such an expanse that numbered (though unpaved) streets are needed. While these grounds were developed more for accommodating the everyman than the upper crust—it was developed to entomb yellow fever victims barred from Recoleta—many of Argentina’s most beloved artists and cultural figures are buried here, including tango legends Carlos Gardel (whose tomb has become a makeshift shrine), Osvaldo Pugliese, and Aníbal Troilo.