Coronavirus David Silverberg Are Your Kids Heading Back to Summer Camp? Here's What You Need to Know
Home  >  News   >   9 Picturesque Towns in Europe: What Would You Add?

9 Picturesque Towns in Europe: What Would You Add?

Our editors recently chose the most picturesque towns in Europe, and the result was published in Fodor’s Essential Europe. You can find our choices below—but we’re never happy to let the discussion end there. We wanted to know what the travelers in our Europe forums had to say as well, so we asked them: did their favorites appear on our list? What would they add?

Here are some of their responses.

Tell us: What would you add? 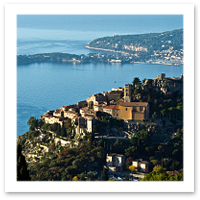 The most perfectly perched of the French Riviera’s villages perchés, Éze has some of the most breathtaking views this side of a NASA space capsule.

Fodorites say: “There are so many picturesque villages in France that it’s hard to know which to name. They are picturesque in different ways – some from a distance – others from the center. Here are just a few: Vezelay, Equisheim, St Paul de Vence, Lourmarin, Isle-sur-la-Sorgue, Gordes, Dinan, Honfleur… Because we always go in off season, many of the villages that are overrun with tourists in the summer, are almost empty in the fall. They are more ‘picturesque’ when you can see the village itself instead of throngs of tourists!” — blh

Germany’s classic medieval town seems almost too perfect to be true, with its towers, fountains, half-timber architecture, and explosions of flowers. An economic downturn resulting from the 30 Years’ War had the beneficial effect of preserving the town in time.

Fodorites say: “I’m especially partial to Germany. I’m about to go to Quedlinburg, which has been designated a world heritage city. My favorites are Meersburg and Bamberg. Also a little town near Freiburg called Staufen.” — Pegontheroad

“We’re partial to small towns in Germany and have found the following to be especially worthwhile: Bad Wimpfen, Gengenbach, Dettelbach, Iphofen, Miltenberg…Hopefully, in September we will be visiting a couple of places that others have mentioned: Quedlinburg, Wernigerode, Hannoversch Münden, and Alsfeld.” — bettyk

Known as the “Venice of the North,” Brugge is one of the most beautiful small cities in Europe. Strolling through the maze of winding, cobbled alleys, alongside the winding canals and over the romantic bridges, it’s easy to see why UNESCO included the entire medieval city center on its World Heritage list.

Exquisitely preserved but entertaining, this Georgian town still centers around the hot mineral springs that made it the fashionable spa for the wealthy in the 18th and early 19th centuries. Streets lined with Palladian buildings made of golden limestone, an ancient abbey, tea shops, boutiques, and ruined Roman baths combine to give Bath real character.

Fodorites say: “Indeed if looking romantically untouched and old is the criteria, then I’d say Clovelly may be the prettiest town in England.” — Palenque

Backpackers and jet-setters alike share the beautiful beaches and the Dionysian nightlife, but the old ways of life continue undisturbed along mazelike streets of Mykonos Town. Not only are the hotels and cafés picture-perfect, the famous windmills actually seem to be posing for your camera.

This laid-back yet elegant town is surrounded by tree-bedecked 16th-century ramparts that are now a delightful promenade. With limited automobile traffic within the city walls, it’s an ideal place for getting around by bike.

Fodorites say: “We renamed Albas in The Lot “Brigadoon” in honour of the Gene Kelly movie – the town only reappears once every 250 years or so. Albas is gorgeous, but murder to find! We were verging on the divorce courts by the time we got to our gite!! But it’s so pretty it was worth the trouble.” — cathies

“I’d add to Italy’s most picturesque Orta and Baveno. The former wasn’t bombed during WWII so was not “re-built” and the latter is on Lago Maggiore but not over-run with tourists the way Stresa is. Bomarzo (south of Florence, north of Rome) also has its charms.” — bookchick

Holland’s most attractive town feels like a tiny Amsterdam, with canals, cobblestone streets, and the air of a simpler time. You can recognize the quiet atmosphere that pervades many of the paintings by Delft’s most famous citizen, Johannes Vermeer.

“A glorious Eden” is how Lord Byron described Sintra, a town west of Lisbon that served as a retreat for Portugese royalty. It’s a magical place studded with magnificent palaces, gardens, and luxury quintas (manor houses). UNESCO has deemed the entire town a Word Heritage Site in recognition of its splendid architecture.

A Noah’s Ark village pasted 5,400 feet up a mountainside, Mürren offers a so-close-you-can-touch-it vista of the Jungfrau and the Eiger. This was the birthplace of downhill and slalom skiing, and it remains a great place to hit the slopes.