Deals Leila Najafi Attention West Coast: You Can Now Book Flights to Paris for as Little as $321
Home  >  News   >   Bottoms Up in the Big City: New York’s Best Places to Have a Belt

Bottoms Up in the Big City: New York’s Best Places to Have a Belt

Whether your favorite poison is a properly muddled mojito or a pint of something frothy and dark, New York has you covered. From packed to private, the diversity of the city’s nightlife scene is tough to beat.

“A martini. Shaken, not stirred.” 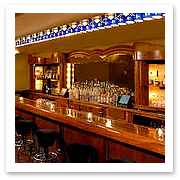 What good is atmosphere if the beverages aren’t up to par? Employees Only (510 Hudson St., Greenwich Village) serves expertly mixed concoctions that are best sipped under the stars on the back patio or across from the fortune teller at the bar’s unmarked entrance.

Martinis are the specialty at MercBar (151 Mercer St., between Prince and W. Houston Sts., SoHo). You can even create your own.

The Russian retreat of Pravda (281 Lafayette St., between Prince and Houston Sts., SoHo) has 70 brands of vodka, which means your choice of martinis is nearly endless.

Room with a View 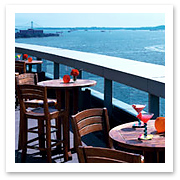 In New York you can take in the sights without leaving your barstool. Within the Ritz-Carlton New York, Rise (photo, right, 2 West St., at Battery Park Pl., Lower Manhattan) has clear sightlines to the Statue of Liberty.

The pot of gold at the Rainbow Room (30 Rockefeller Plaza, between 5th and 6th Aves., Midtown West) is the view from the 65th floor of Rockefeller Center.

The River Caf&eacute; (1 Water St., near Old Fulton St., DUMBO, Brooklyn) under the Brooklyn Bridge, has unobstructed views of the city skyline.

The only sight more beautiful than the skyline is its reflection in the East River at the Water Club (500 E. 30th St., at FDR Dr., Midtown East). 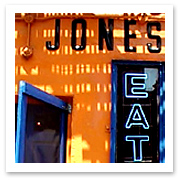 The devil may have gone down to Georgia, but it was just for the weekend. New York’s full of bars brimming with Southern hospitality. Hungry? Head to Great Jones Caf&eacute (54 Jones St., East Village) to fill up on jalapeno cornbread, seafood jambalaya, and other cajun fare. Saucy cocktails will have you jiving to funky, bluesy beats.

Country music circa 1990 booms on the jukebox at Doc Holliday’s (141 Ave. A, corner of 9th St., East Village), a rowdy drinking hole where you’re likely to find the friendly staff sitting at the bar drinking cans of Pabst Blue Ribbon.

At Hogs & Heifers (859 Washington St., at W. 13th St., Greenwich Village) has no pretense of propriety. Women with no intentions of dancing for the crowd may find the atmosphere tough to take. 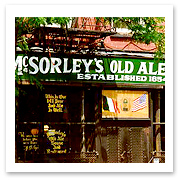 With its rich Irish heritage, New York City is far from hurting for authentic Irish pubs. It seems like every corner has its own Blarney Stone. But three establishments in particular merit mention. Offering a simple selection of its own light and dark beers, McSorley’s Old Ale House (photo, right, 15 E. 7th St., between 2nd and 3rd Aves., East Village) is also one of the New York City’s oldest standing bars, Irish or otherwise. 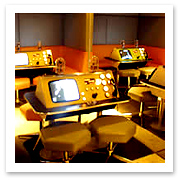 Those who relish sitting beneath a hair dryer will feel right at home at Beauty Bar (231 E. 14th St., between 2nd and 3rd Aves., East Village). There’s even a manicurist on call.

A congenial mix of coeds and longtime neighborhood locals pack the Corner Bistro (331 West 4th St., Greenwich Village), all eager to fill up on New York’s best cheap burger ($4) and a little brew. 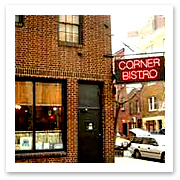 A Soho favorite for the late-night foodie crowd, Blue Ribbon (97 Sullivan St. between Prince and Spring Sts.) boasts some of the city’s best oysters. Nab a seat at the bar to watch the plating of your halfshell heaven.

Those in the know squeeze into the underground Zinc Bar (90 W. Houston, between Thompson Street and LaGuardia Place) on Sunday night for live Brazilian jazz night. The vibe is sultry and electric—you’ll want to stay for two sets.

In the summer, head to the backyard mini-garden of Good World Bar & Grill (3 Orchard St., Chinatown) to sip the bar’s signature cocktail, the Good World, while noshing on delectable Swedish fare.