News Ronny Maye Should You Cancel Your Vacation to an Area Impacted by a Natural Disaster?
NewsBook Now: Film Festival Hotel Deals 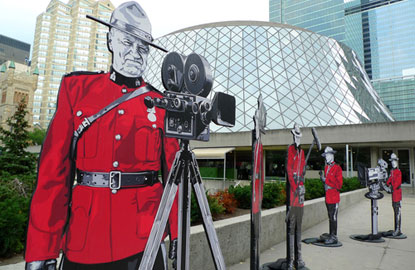 For film buffs, there’s nothing better than movie screenings in awesome destinations. Film festivals offer the rare chance to see films before they hit theatres, and hear the back story directly from the filmmakers. In between screenings, celeb-spotting opportunities abound, especially at hip hotels and chic eateries. Fall film festivals are booking up fast but it’s also a good time for movie buffs to make travel plans for the big festivals ahead.

The Toronto International Film Festival (pictured above) recently announced its fall lineup and hotel rooms are booking fast. More than 400,000 people attend the 30 screenings citywide. You can choose from programs like Midnight Madness (horror flicks), Vanguard (edgy independents), or Mavericks (on-stage conversations with film industry leaders). Tourism Toronto is offering customized packages for one- and two-night stays at hotels like the Drake Hotel, the arty Gladstone, and recently-renovated Cambridge Suites. Air Canada is the sponsor airline, so watch their

Now in its 19th year, the Austin Film Festival hosts unique events like the Film & Food Party, the Texas BBQ Supper, a Filmmaker’s Happy Hour, and other various parties. Book a weekend getaway package that includes dining at one of five hotels, including festival headquarters Driskill Hotel, the Hilton Garden Inn, and Intercontinental Stephen F. Austin.

Held in Salt Lake City and Park City, Utah, the Sundance Film Festival is the largest in the US and doubles as a ski getaway, if you can handle the crowds. Sundance just began booking accommodations for all budgets, from at $127 a night for the Hotel Park City to $1,657 for the lofty St. Regis Deer Valley. Official airline Southwest will likely offer redemption deals for Rapid Rewards members closer to the event.

Co-founded 10 years ago by Robert De Niro, the Tribeca Film Festival draws about 3 million people to downtown Manhattan every spring. Tribeca hotels began giving away packages about a month before the festival in 2012, including Hilton Garden Inn and the new Conrad New York, as did several frequent flyer programs. The festival is sponsored by American Express and JetBlue, so look to both for advance ticket purchases and deals. If you’re not looking to score a deal or book a package (which will be available in early spring), make your room reservations now.

Now its 65th year, the Cannes Film Festival is an industry event. But Cannes de la Plage ("on the beach") which hosts open-air screenings of films not in competition and classic films from Cannes past, is accessible through the Cannes tourism office. The palatial Carlton InterContinental, where Hollywood bigwigs have congregated before, will be closed for renovations but other Cannes hotels, including Le Cavendish and Moliere are taking reservations now. Aspiring filmmakers can apply for residence accommodations. You can’t ask for a better people-watching opportunity than hanging out in Cannes during the festival.